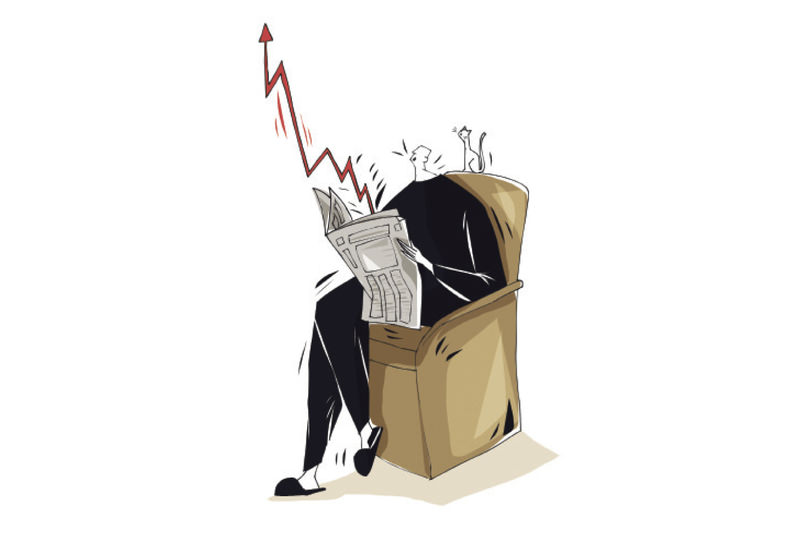 With the latest data on online platform advertisement, it is easy to predict that the Internet along with the mobile scene will become the trendsetter in upcoming years and newspapers must adapt as they too depend on advertisement revenues

Dating back to ancient Egyptian papyruses, advertisements have been integrated with core mechanisms of civilization. Advertising as a sector is not going anywhere as long as making a product appealing to customers remains the norm of the modern business. The first contact between news coverage and advertising, however, is a relatively new practice, first on the scene in British newspapers in the 18th century.

From then on advertising and media have enjoyed a symbiotic relationship even though their host became subject to change numerous times. From print, they later arrived at radio and moved on to television. Just when advertising agencies started to struggle coming up with original pitches, a new world arrived, ripe with unexplored riches, and a new platform for the both sectors was born in the Internet. Although this ripe, new platform was initially more or less lawless in its inception, in the latter part of the decade new laws and regulations continue to limit the area in which advertisers can promote their products. However, it appears that these new limitations do not decrease the viability of the platform because the Interactive Advertising Bureau (IAB) just announced a 19 percent rise in the first six months of 2015, which gives us the staggering number of $27.5 billion in terms of Internet advertising revenue in the United States. The IAB dubbed the surge a "landmark high" compared to the previous year's $23.1 billion.

According to a Pew Research analysis of BIA/Kelsey data, 2014's annual spending for digital ads in the U.S. was $51 billion and $3.5 billion of it was for online advertising featured on news websites. In other words roughly 7 percent of total digital revenue came from news websites.

When it is time to compare the first statistic to its counterpart in Turkey we had little choice but to return to the IAB Turkey. Their initial projection for the first half of 2015 put digital advertising at TL 789 million ($270.6 million). Compared to the first half of 2014, the 21.3 percent increase puts the sector in Turkey just a hair's breadth away from the U.S. in the growth rate.

Considering that we stand at the crossroads of media and advertising, two categories of advertisements warrant a further look in terms of changing trends.

The first is display-related advertisement formats. As the most favored type of advertisement news websites feature on their pages, this year ad banners and display ads suffered a decrease both in revenue and their percentage of the total market. In the first half of 2014 this category represented 17 percent of total revenue with $3.9 billion, but as of 2015 this fell to 14 percent with $3.7 billion.

This trend, however, is not followed in Turkey, according to IAB Turkey. According to their projections, ad banners and display ads enjoyed a slight increase from 2014's TL 172 million to TL 198.5 million.

We can review this in two different ways. We can say the aforementioned category still enjoys popularity in Turkey and will continue to remain dominant. So with that, news media may continue to have their advertising departments accommodate this model. However, two factors may prove this theory shortsighted. Compared to the global market of digital marketing, Turkey still enjoys a higher growth rate, which also means it has more room for improvement. Basic economics show us that developing countries also have higher growth rates than their developed counterparts.

The second factor is that general trends and shifts also affect the advertisement sector in Turkey. As we see mobile advertising increase exponentially in the U.S., it also does here. At this rate it will soon dwarf other formats in terms of percentage, if not in revenues. Therefore, sustainability demands that news media should also gain a foothold in the mobile sector. After all, revenue from mobile ad formats already surpassed the total for display ad formats as of the first half of 2015. On this the IAB said: "Mobile now represents 30 percent of the revenues generated by the entire Internet advertising marketplace, up from 23 percent at HY [half year] 2014"

Considering the sizeable mobile increase in the sector reminds us that Daily Sabah still does not have a mobile application or version available for its readers. Although we have a reader application for the published version of the newspaper the lack of a mobile application in the traditional sense might prove to be a serious setback in the upcoming years. Even now we receive requests for a mobile application from our readers and we mentioned the issue several times on this page.

We have largely relied on IAB Global and IAB Turkey statistics to ascertain the general trends of digital advertisements. As statistical discipline no longer enjoys monopoly of governments as it did back in the 17th century, media and through it, the public uses statistics to make sense of the overabundant data and transform it into something meaningful.

However, statistical information in Turkey leaves much to be desired as we cannot find the media's exact position in the digital advertisement sector or how much it relies on specific formats for advertising. Although we enjoy an overabundance of trade associations, unions, research companies and nongovernmental organizations, many seem to serve little more than to be an excuse for their members to socialize with one another.
Last Update: Nov 02, 2015 2:14 am