The verification process: A principal tool of journalism 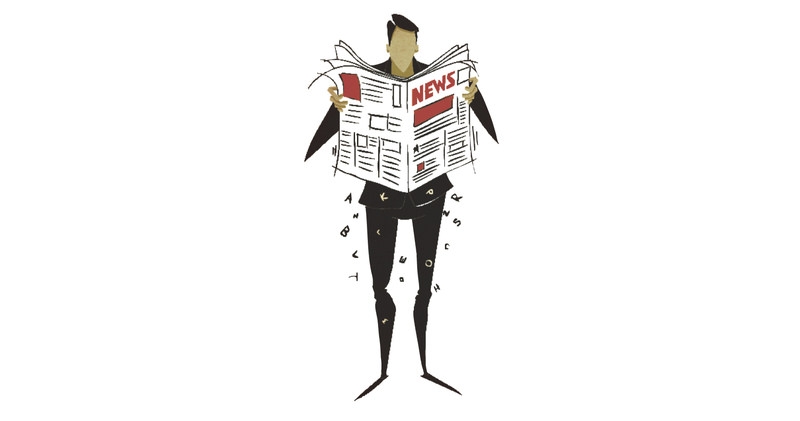 In the introduction to The History of the Peloponnesian War, which was drafted in 431 B.C., Greek historian Thucydides wanted to show his dedication to the methodology of truth:

"With regard to my factual reporting of events ... I have made it a principle not to write down the first story that came my way, and not even to be guided by my own general impressions; either I was present myself at the events which I have described or else heard of them from eyewitnesses whose reports I have checked with as much thoroughness as possible. Not that even so the truth was easy to discover: Different eyewitnesses gave different accounts of the same events, speaking out partially for one side or the other, or else from imperfect memories."

As you may have noticed, this passage sounds surprisingly contemporary even though it was written more than 2,000 years ago because, it speaks to the heart of the task of nonfiction and how one sifts through rumor, gossip, failed memories, manipulative agendas and tries to capture something as accurately as possible while it is subject to revision in light of new information and perspective. These are the real day-to-day questions faced by journalists who try to gather news, understand it and convey it to others.

Allow me to mention two journalists and their work in this regard. Both Bill Kovach and Tom Rosenstiel founded organizations to better the quality of journalism, the Committee of Concerned Journalists (CCJ) and the Project for Excellence in Journalism (PEJ), respectively. Both Kovach and Rosenstiel said: "The essence of journalism is a discipline of verification." In their book, The Elements of Journalism, they emphasize the importance of verification:

"In the end, the discipline of verification is what separates journalism from entertainment, propaganda, fiction, or art. Entertainment – and its cousin "infotainment" – focuses of what is most diverting. Propaganda selects facts or invents them to serve the real purpose – persuasion and manipulation. Fiction invents scenarios to get a more personal impression of what it calls truth. Journalism alone is focused first on getting what happened down right."

Clarifying confusion and improving the discipline of verification may very well be one of the most important steps journalists can take in order to improve the quality of news. A strong, clear and transparent method of verifying the news is also the single most important step that those who practice journalism could take to address and, if necessary, correct the rising perception that the work of journalists is marred by bias.

The process of verification

Here are some wise principles of verification:

Never add anything that was not there. Do not add things that did not take place. Never guess, invent or make things up. Never rearrange time and place of or characters in an event in order to fit them to the narrative, and never hide anything.

Never deceive the audience. Do not mislead the readers or viewers. Fooling people is a form of lying and it mocks the idea that journalism is committed to truthfulness. Lying by omission is still lying.

Be as transparent as possible about methods as well as motives. The only practical way to relay to people what you really know is to reveal as much as possible about sources and methods. Explain what you know and how you know it. Who are the sources? Are they consistent in their accounts? How direct is their knowledge? What are the biases they might have? Are there any conflicting accounts? What do we not know?

Rely on your own original reporting. Originality is important. Rather than republishing stories of other news outlets, do your own investigation. Call the sources mentioned in the news and try to find some other sources. Stories that cannot be independently confirmed should not be repeated just because others did so. When in doubt, leave it out.

Exercise humility. Be skeptical about your abilities as a journalist. In order to avoid misrepresenting events you should accept the limits of one's knowledge and the power of one's perceptions. Be modest in your judgements, as the next person you talk to could change the entire meaning of your story or even convince you that you have no story. Assume nothing.

Let's hear from Kovach and Rosenstiel one more time to understand why these verifying principles are necessary for utmost consideration:

"The discipline of verification, and particularly the notion of transparency, is one of the most powerful steps journalists can take to address the problem of bias. By bias we do not mean simply political or ideological bias. We mean bias in a broader sense that covers the judgment, decisions, and beliefs of all journalists. Bias encompasses all kinds of predilections, both appropriate and troubling. This could include a bias for truth or facts or giving voice to the voiceless, as well as a bias toward one's own personal social, economic or political leanings. The critics are right that we are all shaped by personal history and the biases of the culture in which we live. In this aspect, it becomes impossible to communicate without engaging some of these biases, including those that make a story compelling."

I cannot agree more. These are the facts we have to be aware of that show the necessity of verification in order to become more reliable and trustworthy.
Last Update: Nov 23, 2015 1:23 am
RELATED TOPICS