A good first step in the right direction 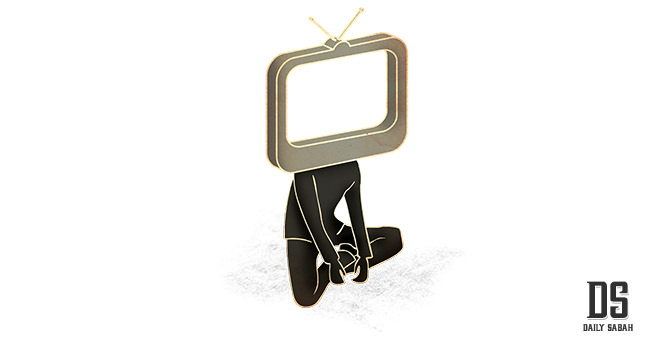 The Television Broadcasting Workshop on Feb. 6 managed to bring together voices from various media organizations and television channels to start the debate surrounding the YSK's unjust broadcast suspension penalties in the latest elections

The latest general election in Turkey is now in the past as the first quarter draws to a close. But, aside from its obvious political consequences, the aftermath of the elections still poses a very serious problem as far as the media is concerned. Especially where the visual media is concerned -- television channels – as broadcast suspension penalties meted out by the Supreme Election Board (YSK) have exceeded hundreds in number for several channels, such as A Haber 24 TV and TGRT Haber, since the Nov. 1 general elections, reminding everyone that the problem is still very relevant.  Of course, broadcast suspension penalties are not unique to the latest political elections, since previous elections saw their share of them. However, the latest developments show that there seems to be a more tangible effort to discuss and hopefully solve the issue now.

On Feb. 6, we attended the Television Broadcasting Workshop, a combined effort by the Media Association, Television Broadcasters Association (TVYD) and the SETA Foundation for Political, Economic and Social Research. With representatives from various television channels and the aforementioned organizations, the workshop tried to tackle the situation from different viewpoints.  Another important aspect of the workshop was the participation of Deputy Prime Minister Numan Kurtulmuş. After all, a consensus among the media can only be implemented as the status quo with the help of lawmakers. Before going into the points of the workshop, let me summarize the words of Mr. Kurtulmuş.  Mentioning the current diversity in the Turkish media, the deputy prime minister emphasized the contradiction of talking about media freedom, while regulating the airtimes of the television channels during election period by obsolete methods and with unfair penalties still going on strong. Criticizing the methods as relics of the coup mentality, he also said that it was unfair that the requirement of equal coverage is only forced upon television channels and not on written media sources. He also asked that media outlets hold workshops to generate public opinion on the issue and for them to be able to take action to solve the injustice.

The workshop itself had two main topics. These were Economic, social, legal and structural issues and the Issue of control and self-control. Let's start with the first one:  One of the most widely debated subjects in the workshop was the rating system of the channels. While some argued that these rating systems – when it comes to news segments – damaged the integrity of the process, others claimed that it was a measuring stick that allowed channels to take appropriate action tailored to their viewers. Another idea was that the rating system was a necessary evil to inspire competition that was needed for the betterment of all. The adverting aspect of the issue was also mentioned by saying that ratings were a pivotal reference for those that want to air an advertisement on television channels. Coverage of news stories that focused on violence against women brought out two main arguments. Some believed even though the intent was emphasizing the problem, it now contributed to it by normalizing the issue. However, other factions (and I) believe that the real problem lies not with the emphasis, but how we cover it. Back on Dec. 21, we mentioned the common problems and studies made on the subject in our article entitled, "Patriarchy of the Media, does it continue?"

Of course the elephant in the room was the YSK's penalties; and on that subject, the chairman of TRT, the state-owned channel, made an important remark. Şenol Göka said that even though they have some degree of obligation to give fair airtime to participants in the elections, asking the same of privately owned channels was absurd. He also said that even TRT's obligation to give air time to political parties varies according to several criteria. For example, whether or not the said party managed to enter Parliament in the last elections is an important factor in allotting airtime. The last discussion on the first topic concerned whether the media has an obligation to uphold fairness, a subjective term in its own right. After all, creating public opinion, which is now thought to be one of the media's objectives, requires the media to pick a side in a sense. It was suggested that this illusion of neutrality has to end, as neutrality does not equate to truth.

The second part of the workshop focused solely on YSK penalties, as Fatih Savaş from the TYDD presented the legal aspect of the issue, both in Turkey and in Europe. Savaş's main point was that penalties have no legal ground, as they have no factual and specific parameter – especially when compared to similar situations abroad. According to Savaş, the EU Parliament has no overriding decision on the matter, but several member countries take varying stances. Germany and France implement the requirement in view of the latest election results. Ofcom in England has a minimum airtime requirement. Scandinavian countries, such has Norway and Sweden, have no limitations on the matter. Apart from the lack of specific parameters, Savaş and several other attendees emphasized that the finality of the YSK's decisions also amplify the problem. With no one there to override their unjust decisions, the YSK's grip on penalties remains absolute. Savaş also argued that the problem couldn't be solved by simple adjustments to the law as long as the YSK's mentality stays the same. But the law can instill specific parameters to minimize the damage. Another point of grief was the YSK's approved but very dated documentaries that were forced to air on channels following broadcast suspension penalties. These low quality broadcasts were seen as a punishment for viewers by the majority of those in attendance.

Allow me to repeat my arguments on the issue, which I also expressed during the workshop. One of the underlying problems that influence the current situation is the mentality that blurs the distinction between law and ethics. Lying to a friend in order to get out of meeting them is not a crime in the eyes of the law. However, making a false statement in official paperwork is a crime punishable to varying degrees, depending on the situation. Laws and ethics may intersect with one another, but that is not always the case. Here, laws are being used according to the personal ethical judgments of individuals. Even though the discussion of fairness in journalism should be under the roof of ethics, the unfortunate circumstances forces us to discuss it from the legal standpoint. Nevertheless, I find the workshop to be a good first step in the right direction and hope for continued interest.
Last Update: Feb 21, 2016 2:12 pm
RELATED TOPICS