Panama Papers: A lifeline or a noose for investigative journalism? 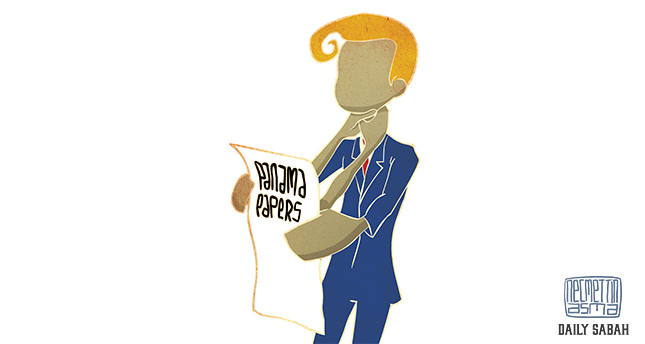 With the Panama leaks revealed, we need to carefully analyze the situation and decide whether coverage of these documents were genuine pieces of investigative journalism or rather an elaborate step in the next stage of the information and perception war, as the size of the leak compels us to go above and beyond simple fact checking

It is always interesting to watch new events unfold, knowing right from the beginning that they will open the doors of controversy. I would say that that it will open the doors of change, but what we are witnessing is far from a fairy tale. Still in three to five years we will likely see the Panama Papers written about in Hollywood if the WikiLeaks controversy is any indication. However, if the names of Hollywood royalty continue to appear in the Panama Papers, the pool of actors hailing from Beverly Hills could become a little bit shallow. It remains to be seen what will happen in the future, so let us focus on the present. Most of the world's news media, except for a small group of journalists, were unaware of the impending storm ushered in by the Panama Papers leak until April 3. In the first hours of its release, it was regarded as a scandal – an important one, no doubt, albeit a single instance.

Numerous reports have indicated that the Panama Papers are here to stay and will continue to dominate everyday media coverage in various organizations, especially in major countries.

It started when an anonymous person, who aptly nicknamed himself "John Doe," contacted the largest newspaper in Germany, Süddeutsche Zeitung. He offered the newspaper an enormous pile of documents and sent nearly 2.6 terabytes of documents to a journalist. The documents were on the 214,488 off-shore entities handled by the Panama-based law firm, Mossack Fonseca. Fearing for his life, "John Doe" never met with journalists and instead opted for an encrypted channel in order to communicate throughout the year. When one of the investigative journalists from Süddeutsche Zeitung, Bastian Obermayer, was asked about the source's motivations, he said: "The source thinks that this law firm in Panama is doing real harm to the world, and the source wants to end that. That's one of the motivations."

Considering the enormity of the task as well as the fact that the names mentioned in the documents are known all around the world, Süddeutsche Zeitung decided to share the data with other journalists, and under the coordination of the International Consortium of Investigative Journalists (ICIJ) they sent it to reporters from media organizations including but not limited to the BBC, Le Monde, the Guardian, La Nacion and other countries' large media organizations. Considering that the famous WikiLeaks scandal in 2010 only included 1.7 gigabytes of data, one can appreciate the required manpower to sift through all of it.

Even though the reports we have seen prior to today already made the necessary buzz, it might be the tip of the iceberg as they will continue to release the names of more accountholders through May 2016.

Another important thing to note here is that when reporting on news that will most likely be unfamiliar territory for the majority of the readers, it might be prudent to make several things clear first. The trio of tax heavens, offshore accounts and island nations has been used excessively in many media materials from books to movies. We usually see them when a terrorist makes demands or an illegal organization needs funding. We see white-collar criminals in movies using their Cayman Island accounts to rob companies blind and disappear into thin air. So it is quite understandable that when a leak entirely comprising offshore activity, any name attached to it will receive an instant cold shoulder from the public. But offshore accounts do not translate into illegality, and there are most likely thousands of accounts held on island nations with completely legal transactions. So it is important to mention that when reporting on the Panama Papers.

What does it mean for us?

In the last decade, leaks became not just an unexpected eye-opener, but also a surefire way to gather the attention of the general public and the media, provided that the information released was scandalous. Also, considering the increasing disgruntlement about the disproportionate distribution of wealth in the world, the Panama Papers leak is perfect for the times. On top of that we can say that interest in investigative journalism rising once again is a good thing, right? Not quite.

Let me explain. Over the years, we have seen large investigative teams of journalists from every newspaper being downsized constantly as the work they produce became less profitable. Investigative journalists spend months on a single report, but the outcome was always the pride of the papers. With the rise of news agencies and the lack of interest in investigative reporting came the downfall of this area of journalism and, currently, most newspapers do not even employ a single investigative journalist, much less a whole desk of them. They either sailed to the greener pastures of the tabloids or started to become a carbon copy of every other newspaper in the business with a few variations here and there. While the process of reporting on leaks managed to breathe some life in investigative journalism, it will not be sustainable in the long run. After all, why go out and investigate when all the documents one needs to research are served on a silver platter.

The problem is not laziness, however. It is about controlling information. The Panama Papers leak had brought many political figures into the spotlight in terms of what they did with their money. However, the shared traits of these politicians raised a lot of eyebrows, as we have seen with the heads of states such as Argentina, Saudi Arabia, Ukraine, the United Arab Emirates and Sigmundur David Gunnlaugsson, the former prime minister of Iceland who resigned after the release of the first reports on the leak. Of course, even if the name of a politician did not appear in the leak, this does not mean that their close relatives were not included. The father of British Prime Minister David Cameron and the brother-in-law of Chinese President Xi Jinping can be counted among those. Various people with close connections to President Vladimir Putin of Russia are also named in the leak.

What we did not see in the leaked documents so far is anyone from the United States. However, several figures from FIFA, including its president, were among the names in the reports. Considering the 2015 FIFA corruption case was also conducted by the FBI and prosecuted by U.S federal prosecutors, a pattern shows itself.

Instead of shifting to the zone of conspiracy theories, let us go back to our original point. It is clear that we cannot even be sure that the documents were not sifted through before the leak in order to target a group of people. Even after the leak and the reports, the ICIJ said that they would not be releasing all of the Panama Papers files as they will pick and choose the names that are of public interest. So we have more than one bottleneck in the flow of information. And considering that Mossack Fonseca is the fourth-biggest offshore law firm, there are three more on top of it that we do not know about.

In another words, by releasing the correct information, a leaker can lead an investigative journalist around and, along with them, the public. The question should not only be about whether the documents checks out, but also why this information was selected to leaked. After all, we cannot make accurate judgements if we cannot see the full picture, and in this case we do not have it.

All this could be another elaborate step being made in the information war between power spheres of the world, or it could be a move by the United States as an answer to WikiLeaks. WikiLeaks criticized the ICIJ decision to limit the release of all of the data, which gave more ammunition to those who believe that WikiLeaks was an anti-Western project.

Where does Turkey stand in all of this? So far, no one in Turkey has started naming names, but it has been reported that there are over 100 companies and individuals mentioned in the documents. While those names might never be revealed in the wake of the ICIJ's decision to withhold some information from the public under the premise that the release of the entire trove would be contrary to public interest, there are two points to be made. First of all, even though there have been journalists around the world working on the project throughout the year, there was not a single one from Turkey. We could speculate that the reason for this is because those names may have been deemed unimportant, or we can consider that the lack of investigative journalism in Turkey played a bigger role in that decision. Depending on the news agency, Turkish newspapers are likely experiencing an all-time low in terms of individuality, and news desks are shrinking by the day. We hope that being left out of such a pivotal moment in journalism can open the eyes of media organizations, but let's not hold our breath.

My second point is the overall lack of interest in the media, especially in the sources that follow a more anti-government editorial line. After the initial shock wore off and it became clear that there were no political figures from Turkey mentioned in the Panama Papers, many opposition journalists grew disheartened and the story lost its allure for them.

Despite all of this, the reporting on the Panama Papers is an impressive work of journalism considering the required manpower and the secrecy that spanned one year and included numerous people around the world. It presented the public with something other than their everyday, breaking news and has made them hungry for more. With this momentum, investigative journalism must once again take its respected place in the newsroom and make the comeback it so desperately needs. However, if we are to continue to depend on leaks to do our work and resign ourselves to this form of greed, journalism will become even more susceptible to the information and perception war fought around the globe and will continue to serve as an errand boy rather than its real purpose of informing the public.
RELATED TOPICS