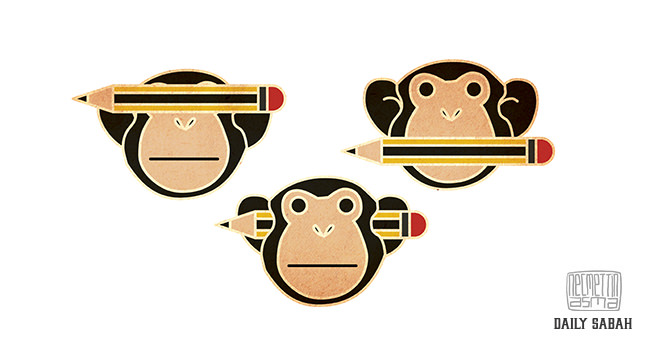 The latest seminar in İzmir on media ethics discussed the coverage of refugees, with topics ranging from discriminating among refugees, excessive coverage and the fear it produces as well as the asymmetrical representation of the refugees themselves in media

The German Consulate General hosted a seminar on media ethics in İzmir April 14-15. Journalists from Turkey and Germany discussed the topic: "Between free reporting and public responsibility: Media Ethics in the Refugee Crisis." Lawyers and representatives of non-governmental organizations also attended. Attendees were researchers on refugees, discrimination, hate speech, etc.  There were five sessions:

What is the effect of sensational journalism on the public?

At what point does excess information lead to indifference?

Hate speech and rules of communication on the web.

Is social media a law-free zone?

Power of the visuals: Ethical use of the photos from the refugee crisis

Under the direction of Baha Günger, retired chief of the Turkish desk of Deutsche Welle, the sessions were conducted using the fishbowl method. As the ombudsman for Daily Sabah, I was one of two speakers in the fourth session and conveyed my views on social media and the law.  I would like to thank the German Consulate General for organizing this seminar. It was an eye opening experience with the attendance of my German and Turkish colleagues, each an expert in their field. We were able to examine publications and broadcasts of media organizations from both Turkey and Germany and discuss them from a media ethics perspective.

From the first session, I would like to point out the speech of Dr. Bärbel Röben, a freelance journalist and media critic. Dr. Röben explained with examples that the first publications had a welcoming attitude, which had been replaced by a more intolerant attitude since the fall of 2015. She said that lately the number of news articles and comments that perceive refugees as a threat were increasing.  Another important issue Dr. Röben mentioned was discrimination against refugees. Race, gender, education and religion were very big factors when it came to how refugees were treated. For male refugees from African, harassment took place on New Year's Day, and for Balkan refugees, theft in train stations, each led to negative bias due to the media. Male refugees were treated with more suspicion than women. If the education level of a refugee was high enough, they were more easily accepted. And since fear of Islamization was constantly relayed in news coverage, Muslim refugees had a large share of negative treatment.  From this perspective, a question asked by Professor Bülent Çaplı from Bilkent University was quite important: "Does media create the perception or does it just feed those existing in the society?" He said that reality and perceived reality may not be the same thing, which he supported with examples from various field studies. He also said that news articles on Syrian women with regard to prostitution, forced marriage and crime were creating a certain perception, but statistics weren't supporting these.

During the second session, Maximilian Popp from Der Spiegel talked about the increase in news articles covering refugees. He said that even though these news articles at the start had the effect of instilling empathy, after a while they started instilling panic. According to Popp, the constant barrage of news coverage on issues, such as the number of refugees, in the German media, led to fear-mongering.  On this subject, I would like to note a term mentioned by Professor Kai Hafez from Erfurt University: Compassion fatigue. With the constant coverage of refugee-related news and the increase of negative news articles, the sensitivity of the first months was replaced by indifference. With the influence of media, German society went from "let's help them" to "enough is enough." Both speakers met on the common ground that the representation of refugees in media was problematic and an excessive influx of knowledge was leading to negative effects.

The final session was on the ethical usage of photographs of the refugee crisis in general, but nearly all discussions touched on the subject of photos of Aylin Kurdi and their effects on the world. Another point underlined was the media's approach to the refugee crisis. More precisely, how this approach was political rather than humanitarian. Similarly, all speakers complained about how the media identified refugees with crime, uncertainty, discord and chaos.  In my speech, I mentioned that the representation of refugees in both social and traditional media was problematic. I also said that when it comes to news articles on the refugees, we had a serious expertise problem on our hands. After all, many of the Turkish and German newspapers that cover the issue do not have people who speak the same language as the refugees or know their culture or refugee law. As many of our colleagues mentioned before, this leads to media treating refugees as a mass or a number, instead of individuals.  Also these news articles are far from being fair and two-sided. In news coverage of the refugees, media doesn't give the refugees a chance to express themselves. While the media frequently mentions the views and actions of other parties, refugees do not receive the same treatment. This leads to a serious alienation problem. If we are to look at the social media aspect of the issue, the picture is even bleaker. Similarly, representation in social media is also asymmetrical, since the difficulties of the refugees also prevent them from easily obtaining devices that will help with their representation on these platforms. The Turkish-German Media Seminar was especially fruitful, since it also showed the necessity of new ethics in world's media when it comes to covering refugees. The different backgrounds of attendees enriched the meetings with different perspectives. I hope that we see similar events more frequently in the future to assist with the transformation of media.
RELATED TOPICS