Power of the new media 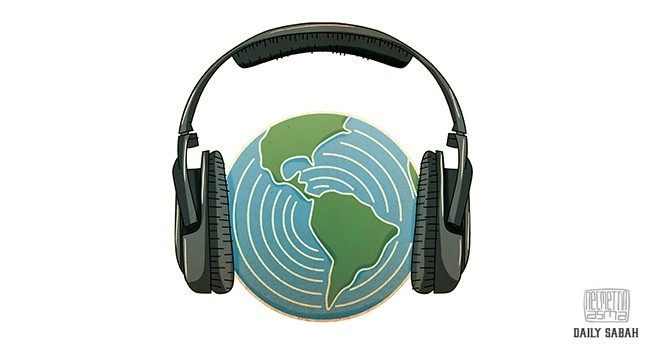 Illustration by Necmettin Asma - twitter.com/necmettinasma
by İbrahim Altay Jul 04, 2016 12:00 am

With the developements in the Adnan Syed trial, the Serial podcast has shown us that media and journalism have alternatives in the future

There is a reason why "The Shawshank Redemption" sits at the top of the IMDB's 250 list. We love stories where the system is wrong and can be beaten. There is a reason why "The Count of Monte Cristo" resonates with so many of us apart from its literary brilliance. We love stories of redemption and where things get set right. We can go on and on about examples in the classics or even look at more recent pop-culture occurrences such as the TV series "Prison Break," but let's get to the point.

This time we don't have fiction but a real life event in our hands. Adnan Syed aged 35 has been inside of a jail cell for 16 years. In 2000, Syed was sentenced to life for the murder of his former girlfriend, Hae Min Lee. Throughout his trial and even to this day, Adnan Syed has maintained his innocence but to no avail. Until recently Syed's days looked to be ending behind bars, but on June 30, 2016, a judge in Maryland in the U.S. granted a new trial for Syed, thus rendering the previous 1999 one a mistrial. Today, we will look at what made this possible.

Back in March 7, 2016, we published an article, "Traditional media as the underdog" written by İsmail Selim Eşsiz in Reader's Corner. Following the unexpected best picture win by "Spotlight" in the Academy Awards, the article had two main points. First: "The win by "Spotlight" as well as its good reception indicates that the public still appreciates investigative reporting, journalistic ideals and community reporting. They want to believe even though their trust has been tested many times with various global and local scandals surrounding media throughout the last decade."

The second point: "The patterns tells us that trust in traditional media has been wavering for some time, and with its alternatives on the rise, it will not be that long until a new, hybrid form of news making replaces it, if the trend continues, that is."

Both of these claims point at what made Syed's retrial possible: "Serial."

"Serial" is the podcast hosted by investigative journalist Sarah Koenig that focused entirely on Adnan Syed's case throughout its entire first season in an audio narrative format. If we look at the numbers, "Serial" was the biggest hit in podcasting, being the quickest to reach 5 million downloads on iTunes. Apart from its numerical strength, it also gained a very active follower base with subreddits, discussion groups and vocal followers of the Syed case. The narrative tension through the episodes was almost palpable, as Koenig revealed events not with the emotional distance of an announcer, but as an investigative journalist who is going through self-doubt, breakthroughs and roadblocks. This transparency along with supporting material available to those listening to the Syed case led to an influx of credibility and eventually a Peabody Award in 2015. "Serial" continued in its second season with another case and will do the same for its upcoming third season.

It is said that Charles H. Duell uttered the words "Everything that can be invented has been invented" back in 1899. Media has been in a similar dilemma for some time, as many believed that every form of journalistic rhetoric and platform had been exhausted, and from this way forward media should give way to the social media. The success of "Serial" in both reception and from the legal standpoint show us that a new form of media is still possible and our choices are not limited to digital platforms or physical paper alone.

We don't know whether Adnan Syed is innocent. But that is not the point of this article. While criticism of how Koenig handled the podcasts are there, and the innocence of Adnan Syed is debated rather fervently, it is safe to say fueled by her investigative work, this new form of media certainly packs a punch and its strength shows us that going forward, media has alternatives no less effective than in its golden days.
RELATED TOPICS