Winning the polls, losing the election 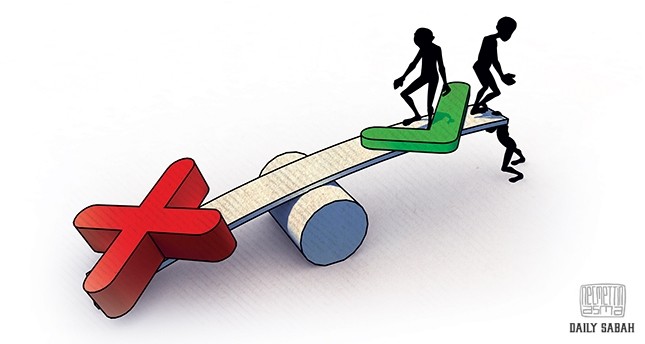 As the pollsters along with experts and journalists failed to predict the election results in America, a pattern has emerge where the self-assuredness of the media continues to alienate the public while failing to influence them

Let us continue from last week where we delved into the sensational result of the United States presidential election, which paved the way for Donald Trump to become president of the United States. More than a week passed but pundits, analysts, experts, political commentators, newsmen, journalists and pollsters are still debating the results while blame on how they all failed to predict this outcome is being passed around like a hot potato.

Well the answer is clear, winning the polls does not equate to winning the elections. During the campaign period, Democratic Party candidate Hillary Clinton maintained a healthy, if not clear lead over her opponent Republican Party candidate Donald Trump. At times you would be hard pressed to find a survey that gave Trump a fighting chance in the elections. Everyone both in the United States and worldwide started to feel this as a foregone conclusion and prepared themselves for a four-year Clinton presidency. Even betting sites were caught up in this atmosphere.

Yet after the ballot boxes were opened and all the votes from metropolitan and rural areas were counted, it became clear that Trump had won. Not only did he win but it wasn't even a tight race in terms of the electoral votes. If only the polls before the election were subverted, they would have been far more accurate. Alas this is now conjectured on our part.

We have started to get used to polling companies dropping the ball so extremely though. The U.S. election was not the first. The Brexit vote in Britain had a similar failure. The same goes for the latest general elections in Turkey as well.

Also if the current situation where every party in question is pointing the finger at one another is any indication, it won't be the last. These curve balls flung by the results have started to eat away at the credibility these polling companies have. People have lost their faith in them and their reason for existence along with using them in serious debates have come under question.

Think of a fruit seller where every single fruit you bought from them was rotten when you inspected them at home. Would you continue to stubbornly frequent the same fruit seller? If the answer is yes, then that means you are looking for something other than the fruit.

Who do the media represent?After the election, the number of winners was far fewer than the number of losers. One of the biggest losers is no doubt the media, after all the established American media stood as one against Donald Trump during the campaign period. Last week we looked at the numbers in this regard:

"When we break down the numbers of newspapers and other magazine endorsements of Clinton and Trump, we are left with a staggering picture: 243 daily newspapers supported the Clinton campaign, while 20 threw their lot in with Donald Trump. Weekly newspapers had a similar percentage with 148 for Clinton and six for Trump. Fifteen magazines supported the Clinton campaign, while Trump did not even have one. But despite the blatant disparity in media support, Trump triumphed."

The Clinton partisans were sure of the outcome. So much so that before the elections were concluded headlines like "Madam President" and "President Clinton" were ready and on the way to the printing press along with detailed breakdowns, news articles, opinion writings, feature pieces and columns. Some were already in circulation no less, it was an incompetent affair.

There was also another important revelation that made itself known. American media no longer represented the American people, and its management was in the hands of different interest and power groups with intentions far removed from the good of the public. It also showed the inability of the American media when it comes to understanding, analyzing and identifying with its people.

Most important of all was this however, it became apparent that traditional media sources were losing ground rapidly against new media sources. Sure, everyone talked about the situation to some degree or another, but this latest battlefield put it on an undeniable display.

While most of the world expressed shock with the outcome and current situation at hand, we have become accustomed to it in Turkey. And the truth of the matter is that the media's ability to influence the decision of voters is far less than most of us previously assumed. Even if 90 percent of the mainstream and traditional media organizations in the country throw their weight behind a candidate, that doesn't mean the candidate will win.

The results also show us that voters no longer think than media can be trusted and impartial when it comes to elections. Most of the time, people don't even care about the members of the press who comment with an air of infallibility, much less taking them with a grain of salt.

It is time for the media to accept this bitter truth and take steps to correct itself accordingly. If we want to be something other than a constant source of ridicule, we must get rid of the mentality of considering ourselves smarter, more knowledgeable and ethical than everyone else.

There seems to be a common misunderstanding when it comes to analysts and experts. It is not the duty of the expert to act as a soothsayer. They are not prophets who can divine the future, and analytical philosophy is something that can be done with information as the primary tool, not feelings and wishes.

Then the election results come in and it becomes clear that most of the predictions, analyses and guesses are actually garbage without an ounce of truth in them. But these small details are not enough to deter them off course. Then, the same people whose failures laid bare moments ago start to comment on the results and talk about the "whys" and "hows" of the result. They don't say, "We were wrong" or even "oops." They don't feel ashamed and they mostly do not apologize, rather they continue on with a surprising amount of assuredness.

This phenomenon is not exclusive to the election but it has become the status quo of the media. Isn't it time to put an end to this madness?
Last Update: Nov 21, 2016 1:01 am
RELATED TOPICS