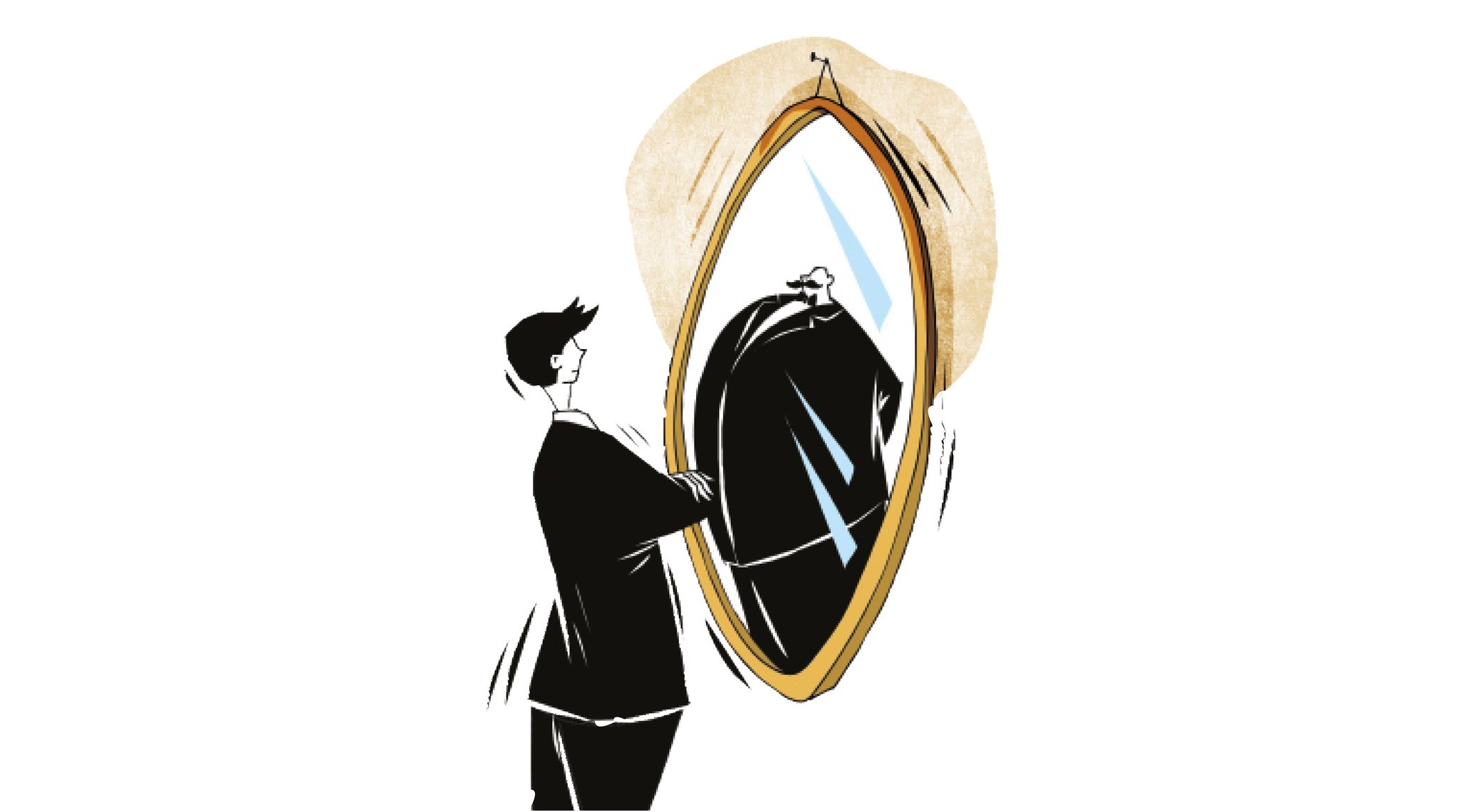 With a large portion of journalists acting like judge, jury and executioner when covering crime stories, the presumption of innocence is trampled on and the situation can have dire consequences in cases that cause a public outcry

Being a journalist requires many things. Apart from mastering our primary vocation, a jack-of-all-trades attitude is necessary for most editors, especially when the current climate of media organizations along with the increasing capacity of web sections, inhibits the specialized focus. But in the end we are journalists are we not? Or are we judges, prosecutors, lawyers and police? Because with the way things are going, many of our colleagues seem to attempt to fill most of these shoes especially when the public opinion is concerned.

What does the presumption of innocence mean when it comes journalism?

Here are the possible answers:

a) Journalists cannot be blamed if they write a news article despite their research being flawed or wrong. Journalism is innocent due to its nature.﻿

b) If a journalist believes someone is innocent, then it is highly likely that that person is innocent. The same goes for those who are guilty.

c) Journalists have the authority to decide whether someone is blameless or a guilty with some documents and years of experience to back their judgement.

d) With their huge ears, sharp eyes and keen noses, journalists are capable of determining whether someone is innocent or guilty.

So with these options in mind, which is the correct answer? Well, let me say that in theory, none of them are true. But in practice, unfortunately every one of them represent the way things are done these days. This is because only very few of our colleagues care about the ethical and correct answer to this question. And that is the principle of "Everyone is innocent until proven guilty by a court of law and when journalists are writing their news article must pay attention and act accordingly."

Every day we make snap decisions and follow them through. Sometimes they might be backed by our past experiences or future hopes and sometimes they might be entirely impartial with the cold and true logic. But most of the time, it is based on an impression and hearsay. Especially during human interaction. Is this a crime? No. Is this an unethical action? Once again, no. If it evolves into bigotry it can be but we are forced to make these choices. So why are we complaining when a journalist is forced to do the same?

The answer is twofold in this case. We will get to the forced part in a bit, but let's look at the main factor. The power to influence public opinion makes all the difference. Despite the rising influence of social media, traditional media sources still carry great weight behind their articles and, for credible newspapers, their news articles can shape any number of people who read them without a second thought. This is a great power and like all great powers, it comes with a heavy responsibility.

When we follow a crime report to fill the middle pages of our newspapers, we have to tread very carefully with our wording. The difference between a person who is detained for questioning and one who is arrested is vast, just like the difference between a suspect and a criminal. They should be treated differently too.

We will add a recent event from Turkey that hit all points of this article on this page. Printed newspapers are not the worst offenders either. With the ability to easily edit articles on news websites, the stories that get great attention are constantly updated with every piece of new information – whether they are a hearsay or a hard fact. Not to mention that the criminal stories that get a lot of attention are usually the ones that will instigate a public outcry.

So when you write the full name of a suspect that is not even confirmed, much less charged with the said crime, you disrupt his or her work life, social life and even family life. Some of those disruptions can even be fatal if a crime in question is heinous enough to paint a target on their back. Of course when the suspect in question is released and another person is brought in for questioning, the media does not even bat an eyelid and repeats the same unethical routine for that person without bothering with corrections so that the first victim of media's overzealousness can show their social circle that they are not a murderer/rapist/thief et cetera.

This lack of responsibility is not limited to our country. A similar chain of events happened during the Berlin attack last week. Similar things happened during the Boston Marathon Bombing as well. In the case of the Boston terrorist attack, the failure had both social media and traditional media as its culprits. As for the Berlin attack, some of the biggest media organizations in Europe misidentified the attacker, pointing the finger to the wrong man. Not only that, many experts started to draw their own conclusions from that faulty information, while exclaiming they were right all along. However when the identity of the attacker was corrected in the new articles, the same experts didn't even bat an eye and smoothly changed their arguments with years of practice.

This cannot go on. One of these days, a wrong name in the wrong news article will result in very dire consequences for that individual. Not to mention of course the social problems it causes every time. Of course the reason where news articles that elicit public outcry is more dangerous can be traced back to people's declining lack of confidence in the justice system. But even in that declining trust, media has a partial culpability.

When we report on a crime that holds great public interest, it has the shelf life of a week at the most. After that, the interest wanes and journalists forget about the outcome completely. They no longer follow up on the outcome and report on it. This gives the impression that many of these suspects slip through the cracks and justice system is not working. Of course if a surprise not-guilty verdict comes out, then the media reports on it, which then leads to another public outcry that justice is never served.

This is a problem that has been going on for quite some time and with the lack of standards and it appears that without a firm hand, it will continue to a very dangerous point. Let us hope that it does not come to that.

I will give you some headlines and spots this news story had in order to list the problems with them. To summarize the story, last week a woman was attacked while walking in a park in Manisa. Here is how the news was reported:

The spot of the story gave us the location and some information: Tireli is four months pregnant, and the suspect is unidentified and still at large. Let us ignore the problems with the "A woman named Ebru Tireli" phrase in the title for now.

If we look at the headline, more than one "suspect" attacked Tireli. The news article stated that the other two suspects were pursued by the police. Also take a look at the emphasis on "pregnant" in the title.

The news article announced: "Take a look at who is the attacker," without doubt a click-bait headline. But moving on to the spot. It said that the suspect was named Mehmet T., and police found him via the license plate of his car. It also stated that Mehmet T was taken into custody and was identified by Tireli and witnesses. It gave us another nugget of information - Mehmet T. was working at a company that sells pesticide. A company owned by Ebru Tireli's father. The spot for the article also gave us other identifying information, such as the marriage situation of Mehmet T. and a claim that he attacked another woman six months back. This is just the beginning as well. Keep in mind these news articles were circulating widely across news websites as well.

4- A flash development in the attack against pregnant woman

Did you think that the case finally had a conclusion or at least a breakthrough? According to the article, M.T. was arrested after being brought to court. Happy that they found the guilty party, journalists continued to dig into the life of Mehmet T. Let's move on to what they found.

5- Interesting details about the person who beat the pregnant woman

This was another news article that was published on the same day. It said that the father-in-law of the attacker was arrested during the Gülenist Terror Group (FETÖ) investigation and that his wife was released following a judicial control decision.

Who cares about his father-in-law or his wife or their criminal record? How does it pertain to this case? Did you perchance forget about the principle of individual criminal responsibility? But wait: There is more.

Almost a week after these news articles, a new article surfaced.

Basically, this article said that the attacker, Davut K., was caught for attacking Ebru Tireli following another complaint made by a second victim. I can hear you asking "What about the other guy? Wasn't he already guilty? Wasn't his name Mehmet T.?" It turned out that M.T. had a car that was the same brand and model as Davut K. and because of their similarity in appearance, he was mistaken for the attacker. M.T. was released following this latest development.

So, a story to tell the grandchildren and all is forgiven? Not something so innocent I'm afraid. Following the initial breaking of the news, most of the media in Turkey focused on M.T., and they did not pull any punches either. The ethics of journalism along with the presumption of innocence were trampled by eager journalists who - with no factual or ethical ground - made M.T. a scapegoat for numerous problems in Turkey, while "experts" were sprouting all kind of "analyses."

They didn't even give the correct information when M.T. was released due to changes in the evidence and wrote headlines such as "The attacker who kicked the pregnant woman is released," which caused a public outcry. When the dust had settled and the truth came out, they didn't apologize, correct their mistakes or give any self-criticism. They just wrote another article with the headline "Real kicker is caught, he confessed." When will our colleagues start to learn the necessary lessons from their mistakes?
RELATED TOPICS