Links in the modern media chain of responsibility 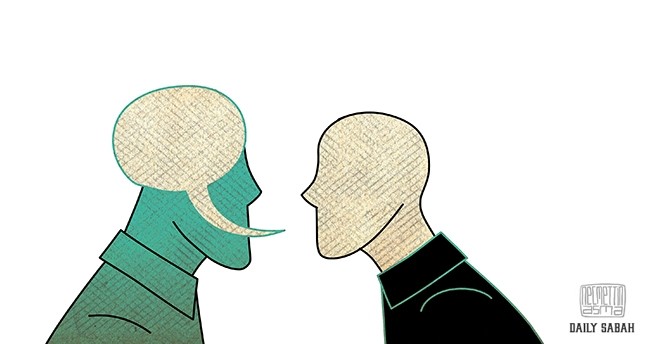 As newspaper content is becoming increasingly based on articles written by news agencies, the former must be careful not to inadvertently adopt the perspective of those news agencies as well

If we look at the driving forces in media, there is no doubt that news agencies are pretty high on the list. With the high volume of content they provide, combined with extensive legwork and the broad network journalistic sources have to offer, it is clear that news agencies have become an essential part of today's media sources.

Even more so, the downsizing of mainstream media sources means there is lesser need for reporters and correspondents on the field – not to mention the overall shifting focus of these organizations to news websites and increased emphasis on editorial staff while drawing their content from agencies.

News agencies have evolved from practicality and convenience to being a downright necessity. It is no longer considered productive to argue about the pros and cons of what they bring to the table, or the validity of their existence. Nowadays, the sustainability of a media source is dependent on the services they provide and how such services adhere to the modern "status quo." Despite foreseeable challenges, there are things up for debate and ways to improve when dealing with the content provided by news agencies.

Of course, this is not the first time we have tackled this subject matter in the reader's corner; nor will it be the last. This page has featured numerous articles which have either given mention to or fully analyzed the situation; namely, the article titled "News agencies and journalism," published nearly three years ago on May 25, 2014 which refers to the subject matter.

Let me borrow a quote from the article to provide you with statistics related to the issue at hand, "To make the picture clearer, I would like to give you some numbers concerning these news agencies. These are taken from the studies of Dr. Muzaffer Şahin that were printed in the İletişim Kuram ve Araştırma Dergisi's 37th issue."

It says by the year 2012 there were a total of 50 news agencies active in Turkey with 16 of them being local and the rest foreign. The local ones produced approximately 2,300 news articles per day while their foreign counterparts manage to whip up 3,100 articles a day regarding Turkey.

With this extensive news coverage spanning over 5,000 articles daily, newspapers are filling 70 percent of their pages with agency news."

Definitely a daunting number and considering this was 2012 statistics, today's number are very likely to be higher.

What brought this subject out of the woodwork, you might ask? A Daily Sabah article from early February drew criticism from one of our foreign readers due to its approach regarding a controversial rally being held in the reader's native country. The article in question was credited to a foreign news agency and likely prepared with only that news agency article as the source. However, it was this dependency on a singular source which led to the critique itself. Our reader claimed that the article's approach was twisting the situation by diminishing the opposition rally by presenting them as extreme while polishing the official they were rallying against by dismissing the details of a corruption scandal as a likely excuse.

In other words, the news agency's article exuded a viewpoint and rhetoric of its own when reporting this piece of news. This is understandable, as every media organization has its own perspective when covering the news in the context of propaganda which is okay so long as that media sources do not alter the facts of the matter.

However, our reader's complaint isn't directed at the relevant news agency; in contrast, it is directly targeting us, due to the fact that this was a piece of news he or she read in our newspaper. By publishing this article, we too are a link in its chain of responsibility and albeit inadvertently, we too supported the perspective of the news agency. In this case, it was a rally in a foreign country. Tomorrow, it could be about an event which we would portray as anti-Muslim while the foreign news agency might chalk it up as a tamer issue.

The fact of the matter is, while we need the services of news agencies to function in the world of modern media, we must take care not to be reduced to a platform that only serves as a conductor. While publishing articles based on information from a primary news agency, we have to remain vigilant to prevent these cases where our perspective or our approach to the subject may clash with that of the original news agency source. Otherwise, we are merely chaining ourselves to the rhetoric of another media organization, thus losing our defining and differentiating points which are all the more important in mainstream media today, where lines have become blurry.
Last Update: Feb 20, 2017 1:11 am
RELATED TOPICS