Duties and limits of ombudsman 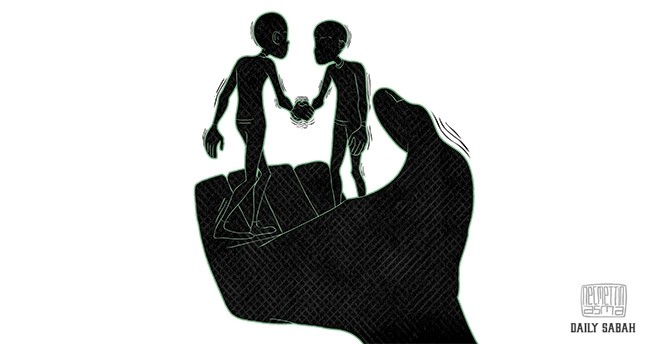 When criticism is aimed at opinion pages, the ombudsman must take a step back in order not to become part of the debate based on personal commentaries, as long as the article in question is not overtly faulty

At the end of the last month, we received a letter from Israel's Consul General Shai Cohen regarding one of the op-ed articles that was published back on Feb. 17. The article in question was titled "Has Trump divided Zionism?" and was written by Vakkas Doğantekin. Before getting into the letter and our reply, however, let us first give a quick summary of the relevant parts of the Doğantekin's article in order to provide the context for our reader's unfamiliar with the related op-ed piece.

In his op-ed article, Mr. Doğantekin focused on the current stance of think tanks and various Jewish committees and federations in the United States following the recent inauguration of President Donald Trump. Naming several of them Zionists, Mr. Doğantekin divided them into two groups, and I quote, "Unintelligent, impatient Zionist Front and Smart, Patient Zionist Front"

He listed several cases of behavior from both these groups in order to explain the reasoning behind these categorizations. For example, he stated that first front was universally disliked due to current controversies surrounding the Israel-Palestine conflict along with their attitude that "anything is achievable by military might and aggressive bombardment" and declared that this front was largely responsible for the international dislike of Israel communities and organizations.

As for the second, smart and patient, group Mr. Doğantekin highlighted their condemnation of the appointment of Steve Bannon as the senior adviser and chief strategist in the White House. He further said that this group is willing to play the long and safe game, an approach that takes its power from a deep and secretive underlay. He claimed that FETÖ's (Gülenist Terror Group) attempted military coup back in July was a product of this smart Zionist front along with several important developments in the region recently.

Finally, he stated that, "Smart Zionists get along with any administration" and posed the question, how will things will be different with Trump at the helm?

For our readers who want to familiarize themselves further with this matter, the full article is available on our website with the title mentioned above.

As we have done with numerous cases in the past, it is time to look at the letter itself in order to respect the right to reply. Here is the Feb. 24, 2017 dated letter from Mr. Cohen:

"I was surprised and disappointed to see that your newspaper provided a stage to a full page article published on the 17th of February 2017 by Vakkas Doğantekin entitled as "Has Trump divided Zionism?" with clear anti-Semitic motives.

It is obvious that the author of this article has an agenda to demonize the Jewish and the Zionist activities in the United States and used his article with a handful of false information to anchor his comments. This article is a classic example of fake news, which is used to create a picture that is intentionally anti-Semitic. The author's quote from Noam Chomsky that Israel is a fascist state on the road to self-destruction, his description of the Gülenist Terror Group (FETÖ) as the product of smart Zionism and his claim that Israel is stealing Palestinian land are only few examples among many of such fake news pieces and anti-Semitic comments that are present in the article.

Therefore we expect your newspaper to provide a proper opportunity to react extensively to the comments elaborated in the article in order to reflect its biased and dangerous implications and to correct the facts.

Of course, following the letter, another right to reply was born and that was the Daily Sabah's right to answer the criticisms of the Consul General. For this we turn to our Editor-in-Chief Serdar Karagöz.

"As Daily Sabah, our editorial policy puts human rights at its very core. Our reader base is also quite varied with numerous backgrounds. Our purpose is to reach every one of them. We are especially sensitive about religious groups. We respect the beliefs of people from every religion and consider the existence of Christian and Jewish communities in Turkey a precious part of cultural richness. Daily Sabah prominently features news articles on the Jewish and Christian communities living in Turkey. For example, we published tens of news articles on the Edirne Synagogue and its opening along with the Struma disaster. When I read the honorable Consul General Shai Cohen's letter, these news articles came to mind. Not even the smallest attack toward Judaism or a negative piece of news can find a place in our newspaper. Antisemitism is a subject that is covered quite carefully in Daily Sabah. But we put a distance between a political subject, such as Israel and Judaism. An article criticizing the policies of Israel can be published in the opinion pages of Daily Sabah as long as that criticism is done from an intellectual perspective. Since we didn't detect an attack towards Judaism in the article, we published it."

As the ombudsman of Daily Sabah, I published the letter of İstanbul Chief Consul of Israel, Shai Cohen in order to respect the right of reply along with Serdar Karagöz's reply to the criticism. Now allow me to explain my approach to the subject matter in this perspective: Ombudsman cannot and should not review or make assessments of personal comments or opinions in column articles. You are probably familiar with the famous motto from "A Hundred Years" by C.P. Scott of the Guardian. He wrote "Comment is free, but facts are sacred."

Scott's famous sentence, written as the fundamental necessity of the freedom and accuracy of the press, continues to set the standard in our current age and time.

Not only in Turkey, but all around the world, such opinion pieces or columns are closed to ombudsman supervision. After all, the opinions of columnists are, naturally, personal and partial. These articles always have the potential to be seen as biased, impartial and mistaken by some readers. Thus, if the ombudsman gets involved with the debate and brings a philosophical argument to the table, he or she too will be facing the danger of becoming one of the parties of the debate and becoming politicized.

Of course, there are exceptions to this rule. If the ombudsman encounters factual mistakes, racism, discrimination, hate speech and defamation within the article in question, he or she can criticize it. However, Mr. Cohen must bring more tangible objections to the table in order to claim that these are present in the article we are discussing today.

My take is that the most elegant solution to this problem would be a place in the op-ed pages of Daily Sabah for Consul General Shai Cohen in order to provide a platform for him to voice his objections and opinions about this matter in a more detailed fashion.
RELATED TOPICS