How to remove news articles? 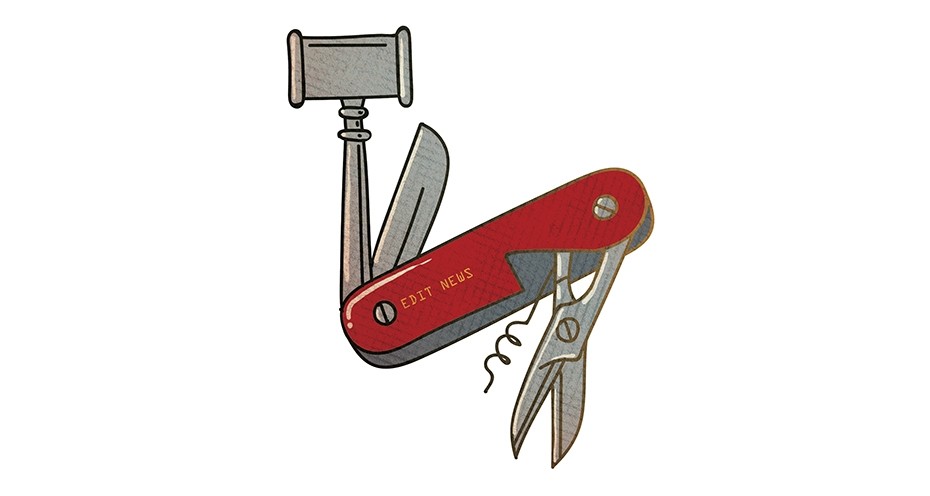 Although a high number of requests have been made to the ombudsman for the removal and correction of certain past news articles, the ombudsman is not the final authority in newspapers to make such a decision as their role is advisory in nature

One of the most frequent requests a newspaper and its ombudsmen receive is the removal or correction of a news article. This can be due to any number of reasons but usually a reader makes the request saying, "This news is wrong and we suffer because of it" or "You portrayed us in a bad light but the truth is different" and so forth. These requests can come from individual readers or companies that have been the subject of an article.

While some erroneous information might have minimal consequences, others affect the related party's daily life quite extensively. For example, sometimes readers tell us that they were already cleared of any wrongdoing in court from a criminal charge but the news article that reported of their arrest still exists without any mention or follow-up of their clearing. They complain about turning up in search engines as the arrested party and that it affects their social and professional lives, especially in cases of infamous crimes. They tell the newspapers that they cannot even go out in public because of the news article.

Some say that the news article in question can no longer be considered newsworthy as it was related to a case that happened years ago and is no longer necessary for it to show up in the archives. They argue their case saying "Whatever happened in the past should stay there. I am trying to build a new life but this news article continues to hamper my efforts" or "This incident happened decades ago, I already paid for my crimes and went to jail. What more do you want?"

They complain about being unable to marry, find a job or even rent a house because of past news articles.

Those who come with these requests are not always the ones who are affected directly by it either. They contact us out of concern for the children of the related parties, saying that these news articles will affect them negatively in the future as they grow up.

This is the material contribution of our office. But in the cases where the criticism is considered valid and our readers are in the right with their requests, we can review the news article in question on the grounds of ethics. We can look whether or not it adhered to the principles of journalism and write a Reader's Corner article about it. In other words, our role in these instances are advisory.

The sure approach for requests of this nature would providing a court order. Allow me to emphasize that we are not talking about material mistakes, wrong information and other more common mistakes that can occur in newspapers. We are talking about deletion and correction requests with the causes mentioned above.

In these cases, the courts are the final address. There is a reason for this of course. After all, the archives of a newspaper are its history, memory and record. Not only that, they also do the same for societies. Deleting or changing it with a push of a button for less than due cause would be detrimental.

Even in the instances where I think the reader is in the right, I have no other option than to offer advice to the newspaper and the court option to the readers.

There are two ways that readers can tackle this issue. Firstly, they can appeal to the Telecommunications Communication Presidency (TİB) for violation of privacy. This can result in a temporary injunction that will block access to the page for a short time. After that, they must appeal to the Court of Peace within 24 hours, and they will reach a result in a ruling in 48 hours.

Or in cases where the reader is complaining about an attack on their personal rights, such as defamation, slander or humiliation, the only authority is the Courts of Peace. The judge will review the appeal and reach a ruling in 24 hours in these cases.

With these methods, readers can effectively solve their issues with all newspapers instead of appealing to each one.

While this is the current available method, I cannot help but state that my conscience sides with the argument that newspapers must reach an understanding and decide on a set of standards. They must take initiative that can help readers while protecting the integrity of the newspaper archives. After all, protecting the integrity of archives is not only about freezing them in time but deciding when to let them live and when to let them fade.

Even though the current climate dictates otherwise, I do not think that we should be forced to live with the reality of an eternal digital memory. The issue is not just about violations of privacy or news articles that attack personal rights; there is more to it than people who wish to remove news articles that paint them in a bad light, there is the case of victims who wish to forget about their ordeals as well. We wrote back in June 16, 2014, about this issue in the article titled "Right to be forgotten". As the title suggests, people have a right to be forgotten, even though the digital world makes it quite difficult. The European Court of Human Rights also agrees with this sentiment in its related decision.

If requested by a reader and parameters decided with a set of principles are met, the news articles that are not considered newsworthy anymore should be removed.﻿