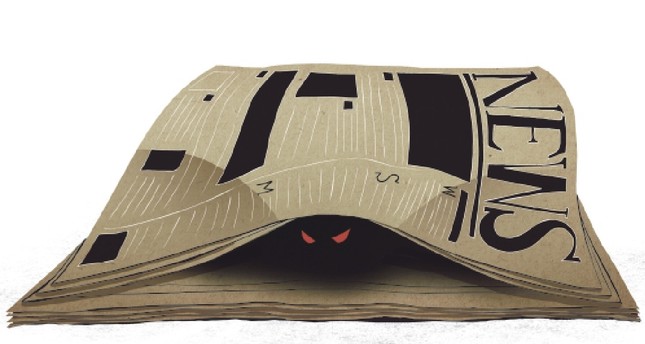 Following the terror attack in Manchester, NYT's decision to publish leaked information about the investigation has caused a public outcry among some media organizations, with both sides of the argument claiming moral high ground in the absence of universally agreed-upon, clear guidelines on how to cover terrorism

Last week, terror's target was Manchester in a heinous suicide attack, which claimed the lives of 22 people and injured many others. Our thoughts and prayers are with the victims, of course. It seems for some people, though, that every major terror attack fulfills a pattern, depending on their perspective.

For example, those who possess anti-Muslim tendencies use the situation as an excuse to say, "We told you so." These same people complain about a pattern: Everyone feels sad and outraged for a few days after these terror attacks but the events are quickly forgotten in a month with no meaningful action.

On the other end of the spectrum is another group of people who believe that a different pattern emerges following terror attacks.

People in this camp say that terror attacks are used as an excuse to criticize political opponents as people come out to feel validated in their hate while not caring about the victims at all. Both of these groups are quite visible in the U.S. as well, following the increased divisiveness of a post-Donald Trump election victory.

Then, there are those who think it is a conspiracy, a false flag and so on, with these people seeing another pattern. These people do not lie in our area of interest, especially as far as the Reader's Corner is concerned. We have another pattern for you and it is related to journalism.

Despite the relative frequency of terror attacks experienced in Turkey and the West in the last few years, the media does not seem to be in a hurry to improve itself when it comes to covering them. Usually, the media reports in the affected country are respectful and more hesitant when it comes to bold actions during terror attack's coverage, with the exception of our media from time to time, but solidarity fizzles out from there.

Each country cries outrage at the situation but continues with life as usual when the attack's ground zero is shifted to a faraway country. We have seen this numerous times when comparing the similarities of airport attacks in Istanbul and Brussels, for example.

The double standard in this case was mentioned in a couple of our articles and they were not the only ones, and the problem is not just lack of solidarity, either. There were many cases in which the terrorist organization that carried out the attack was not considered "terrorist" enough by the offending media organization's country.

To that end, I would like to reiterate that one country's terrorist is not the freedom fighter of another, despite popular belief. It can only be a temporary cessation of violence as terror always has the tendency of biting the hand that feeds it in the end.

But, let us put this matter to rest for now and look at the latest incident at hand. Following the Manchester attack, the New York Times published leaked photos pertaining to the bombing investigation, causing outrage among both British media outlets and law enforcement officials.

This wasn't even a case in which terrorism was aided through the spread of photos of the aftermath. This was directly detrimental to the effort of apprehending the terrorists, according to officials.

However, the New York Times defended its actions saying, "The images and information presented were neither graphic nor disrespectful of the victims and were consistent with the common line of reporting on weapons used in horrific crimes. We have strict guidelines on how and in what ways we cover sensitive stories. Our coverage of Monday's horrific attack has been both comprehensive and responsible."

New York Times Public Editor Liz Spayd, on the other hand, seems to be basing her decision on the matter on questioning the validity of the statement from the police. In her May 25-dated article titled, "The Bombing, the Crime Scene Photos and the Outcry," she wrote, "So, should The Times have published? It's hard to say conclusively without knowing whether British officials made a specific case for how this would endanger their investigation. I've seen only general assertions of that claim without any specifics. (It's worth noting that The Guardian, USA Today, NBC News and others all have now published the forensic evidence.) In the absence of such information, I support The Times's decision."

With the perspective of both sides at hand, each is claiming the moral high ground either via integrity of the investigation and sensitivity towards the victims or the freedom of the press and the right to inform.

While we argue in the absence of clear and coherent universal guidelines, it seems to me that Walter Laqueur's "The terrorist's act by itself is nothing; publicity is all" continues to be the underlying problem with the coverage of terrorism in today's media, despite several efforts to rectify it.

Although many claim that the idea that "the media is terrorists' best friend" is a product of government propaganda, it pertains more to truth than falsehood.

On March 29, 2015 the article titled, "Covering Terrorism: An Uneasy Symbiosis" was published in Reader's Corner following a New York Times article titled, "From Minneapolis to ISIS; An American's Path to Jihad."

Let us look at the last part of our suggestions in that article, "The media should avoid speculating about the security forces' counter-measures to prevent terrorism. In the New York Times article, the FBI's methods were disclosed regarding how they track and apprehend U.S. citizens looking to join Daesh. It would not be a surprise if Daesh sympathizers find new and harder ways to be tracked down in order to flee the country."

It appears that this was not the first case where The New York Times has been accused of being detrimental to the investigation into terrorist organizations in their coverage. Hopefully there won't be a third article on the matter but if the New York Times continues to play "fast and loose" with its coverage of terrorism while ignoring the outcry of other media organizations, that hope will be in vain.

Meanwhile, it is also clear that we will continue to argue on this issue for some time while terrorist organizations benefit from the media's faulty coverage in the absence of universal guidelines on the matter.