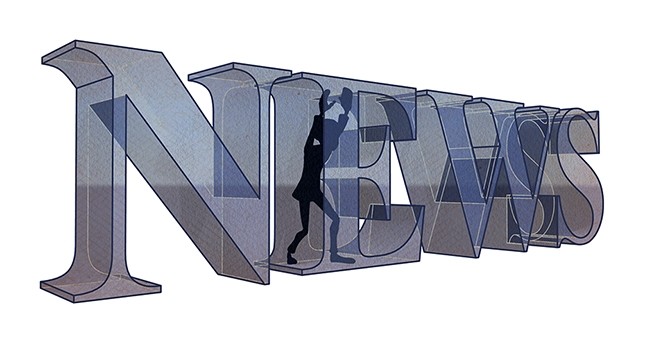 Importance of the details in a news article is often subconsciously graded on the public interest scale, but we must remember that what may be considered a minor error from a journalist's point of view, could be a substantial matter for the people who are the subject of the news

Newsworthiness is a concept that encompasses all aspect of newsmaking. From a reporter in the field to an editor in headquarters, all journalists make a conscious decision about what to report on. They also make a decision on what to include and what to ignore. Over time in their career, these practices become like second nature to journalists, but there are also cases where such experiences can be detrimental if the journalist is overly focused on the big picture.

The more serious consequence arises when attention to detail wavers in the constant news flow as the news writer starts to ignore important pieces of information in an attempt to catch up. Details start to go through less filters and less checkpoints, to such a point that pivotal information that affects the overall tone of the article can be misconstrued. These are extreme yet increasingly common instances. They are however are more visible and faster to correct. They are the result of hastiness and lack of proper checks. Debates on their causes and possible solutions are ongoing.

Another less subtle result of too much focus on the big picture is reflected in the subjects of news articles. The mistakes or omissions in seemingly small details are not so small when the article in question is about you.

Let's consider a news story about a martyr for example. It may seem that a typo in the age of a person who has died or giving their village name incorrectly will not have too much of an effect on the overall news story. But these details are important to their loved ones.

The errors are not solely on the writer's side, however. Sometimes the source, such as a family friend, could be mistaken about the details and if the journalist relies solely on that source, those mistakes find their way to the finished article. Another problem is the copy-and-paste nature of news websites. Nowadays, it is easy to find the exact same news article on dozens of news websites. Those with only differencing factors are their titles and spots are even more common. Therefore, all it takes is a single newspaper to make a mistake and the rest will replicate it, assuming others have already checked it. However, none of these causes can be considered valid excuses that absolve journalists of their responsibility.

Some argue that as long as it is not detrimental to the final and intended message of the news article, small mistakes or omissions are not that important. To that I say, the details not pertinent to the essence of the news article can be pertinent to the essence of the lives of the subjects. This is the standard that should be upheld in each news article that we write. Not to mention, news articles should be considered holistically and irrelevance to cover the mistakes will not cover the lack of quality should the trend continue.

Alas, if mistakes are made, the way forward should be efficient. These mistakes are usually brought to the attention of newspapers by the wronged parties themselves. In such cases, a newspaper should be proactive in its corrections and fix the internet version of the articles as soon as possible. Depending on the severity of the case, a printed correction could also be needed. In these cases, newspapers must spare the wronged parties of jumping through the legal hoops necessary for correcting information and amend their mistakes with their own volition after checking the validity of the complaint. Disregarding the concern of readers is, after all, a surefire way to lose credibility and your reader base. This problem is one of the reasons that journalists were seen as the elite atop ivory towers by the general public as well. Remember, the devil is in the details.﻿

Letters from our readers

I notice your online edition has a section entitled "Reader's Corner".

I have not done a systematic search of this section, but it appears that much of what is published here is written by Daily Sabah staff (full-time or part-time).

If this is so, then this section should not be entitled 'Reader's Corner.' These are pieces by your writers. They may or may not be interesting or distinct from the run-of-the-mill articles in your publication, but this name is entirely misleading. Articles in 'Reader's Corner' should be authored by your readers!

As the name suggests, this section is prepared with our readers in mind, and as the readers' representative of Daily Sabah, I am in their corner when it comes to complaints.

The majority of the articles on the page focuses either on media conduct or debates on what can be done to improve our newspaper, along with journalism en masse, so as to provide a better news experience for our readers around the globe.

However, this name was also chosen with a presupposition of publishing letters from our readers on a weekly basis and responding to them. Even though we have done so numerous times in the past, the frequency is less than ideal.

The reason is pretty simple though, the lack of a steady stream of letters, even though we have always encouraged our readers to come forward with complaints or suggestions. Not to mention the odd bunch of letters we receive at times range from outright slurs to non-constructive defamation unfit for print. But, we do pay attention to the valid complaints and correction requests.

In the meantime, the lack of incoming letters also underlines an important shift in readers' approach to media. Sending letters or mails to newspaper offices are becoming rarer by the day, as readers prefer venting their grievances on social media or in the comments sections.

Given Daily Sabah comes without a comments section, it leaves social media responses for us to sift through. And by doing so, we write articles, try to start discussions and criticize the media in order to draw attention to the current state and problems in the field of journalism. As for the readers' opinions on actual news and developments, there is the op-ed page for articles from outside sources.

I saw the television coverage of the skirmish outside the Turkish embassy in Washington, DC last week. I am writing to let you know that my initial response was one of anger. However, I eventually came to the understanding that this incident was a clash of cultures- one that respects the exorcism of free speech and another that seeks to suppress voices critical to authoritarianism.

Our country is experiencing a similar struggle to that of Turkey. We currently have an autocratic leader who would like nothing more than to be able to send a private goon squad out to beat up his critics. Fortunately, our government has a system of checks and balances that will (hopefully) prevent that kind of atrocity.

But I would like to extend an offer to your own publication that might end up protecting free speech within Turkey. Please write an editorial encouraging President Erdogan to visit the capital of Texas in the United States- Austin. I will personally arrange a greeting party of protesters outside the governor's mansion. Should President Erdogan deploy his bodyguards to attack the gathering, these Austin protesters will deliver a beating on those bodyguards that will make even Davara shudder in fear. No thug shall ever seek the paycheck of President Erdogan to quite his critics again.

Although it is not in our everyday conduct to publish letters of this nature, let us make an exception this time both to underline the answer to the previous letter and to draw attention to another point. It is interesting that a letter that claims to be in favor of free speech while praising violence slips through its cracks. Between all the talk of authoritarianism and different cultures and such, it seems that conspiring to commit violence is the way to go, even if satire is the possible aim here. However, the author almost got it right in the second paragraph, as it appears that readers from the U.S. have enough on their plate with one political drama after another without the need to add a diplomatic mess as well. My suggestion would be channeling this energy in to a more productive and beneficial course of action.