For want of a nail 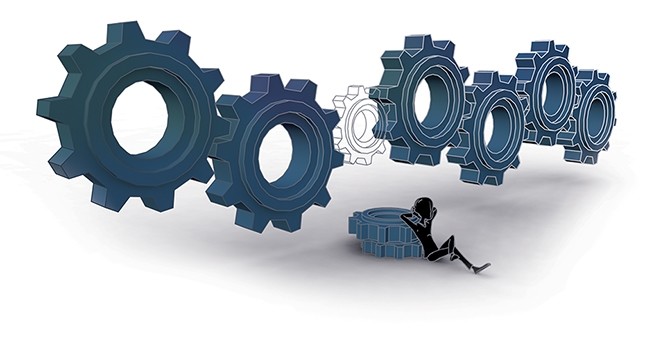 For want of a nail

Many of our readers are surely familiar with the famous saying, "For want of a nail" as well as the story that goes along with it. The anecdote itself has carried its message across decades, without needing any deeper examination. However, when we take a closer look, we find that this saying has more than one lesson to teach us. Luckily, one of those lessons also coincides with one of the subjects of this week's Reader's Corner.

From the smallest start-up company to a multi-national conglomerate, established and optimized work-flow is an essential characteristic that increases productivity while preemptively stopping mistakes in their tracks. When mistakes do happen though, proper work-flow has the ability to minimize fallout by providing clear responsibilities and possible scenarios. Otherwise even a simple "nail" could compromise the entire company.

Of course, media companies fall into the spectrum mentioned above and, therefore, are not exempt from benefits. In theory, work-flow has more or less existed in media companies, while in practice, it has told a different story in many cases. We still see many instances in which the media works in a manner that resembles patchwork, with journalists filling roles as needed in many different positions despite there being various skill requirements required in different aspects of the job.

Nevertheless, after years of replacing obsolete structures with a modern approach, work-flow is being established in printed media as it hones a professional environment rather than the typical "good ole' boys club" principles we have seen applied in the past. Yet, the balance was lost once again and then a new medium entered the fray.

When journalism spread its wings for the first time across the worldwide web, it was considered as an add-on, a complimentary feature to print media. Even now, when news websites are overtaking their print versions both in audience and revenue, this initial impression persists as it colors the media companies' approach negatively.

Furthermore, these mistaken assumptions are what prevent us from implementing a proper work-flow for internet journalism. Nowadays, a considerable portion of printed newspapers have largely established protocols designed to tackle mistakes in their news articles. Ombudsmen, corrections, editorial oversight and fact checking are all components of this process.

Yet, when we look at news websites, we see that there is no widely accepted counterpart in that regard. The lack of transparency in work-flow prevents readers from finding the answers to some important questions. Let's say there was a factual mistake in one of the articles, for example. Do they simply edit the article and sweep it under a rug? Do they take it off the front page and continue to host the faulty article? Do they delete the article? These are questions that readers ask to determine the credibility of a news source.

The ability to simply edit news articles with a simple click is a great boon but also prevents accountability in the hands of people who do not feel it necessary to shoulder the responsibility of journalism.

Another problem arises with serving readers from two different mediums on the same team. Print and web news-making are distinctly different from each other from a technical standpoint. Yet, by using the same editors and managers, media companies do a disservice to both products.

News websites should have their own team, editorial structure and management separate from the printed version. Just paying lip service to suggestions and placing print editors on news website teams will only further complicate current problems. As they will train the future generations of editors, faulty habits incompatible with the protocol of news websites will simply be inherited. Therefore, expertise and experience are the only means that will get us out of this unfavorable situation.

In that regard, Daily Sabah seems to be doing well with its internet editors, copy editors and management, independent from the print version. There is a constant relationship of cooperation, not subordination.

No matter what we say about the optimal work-flow of the news websites, it will undoubtedly be inadequate. Their own editors and managers should draw up the optimal work-flow that will forge the perfect balance between the quick requirements of their medium while carrying the integrity of journalistic principles.

Unfortunately, many of the plans in that regard have, until now, focused largely on revenue as the number of clicks became the dominating figure in their schematics. Any other plan was scrapped in favor of easy money brought at the dawn of news websites. However, it is not sustainable as we have indicated in numerous studies mentioned in our previous articles.

As ombudsmen, we too must familiarize ourselves with the necessities of the news websites to outline a new plan for discovering the expectations of the readers of news websites. We mentioned before that many of the readers are voicing their dissatisfaction with a newspaper on social media rather than in writing letters to the editors. Therefore, instead of letters, mail and similar methods of communication, the ombudsmen must add new job descriptions to their daily work-flow; whether it is to peruse responses on the social media accounts of newspapers or in reviewing reader comments on news websites.