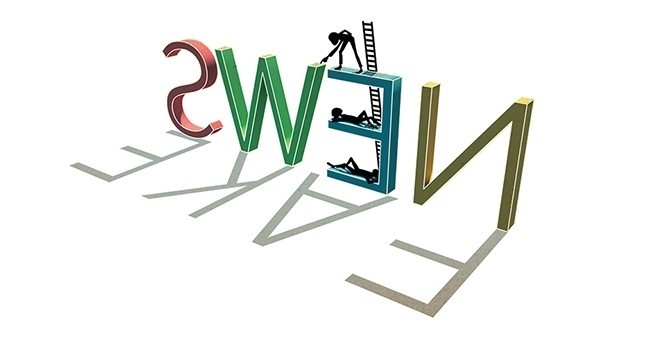 Although information disorder is caused by many factors, the importance of the mainstream media's involvement in eradicating the problem needs to be recognized instead of engaging in blame-shifting, as this is the only way to successfully correct the problem﻿

Information disorder is one of the biggest problems of our time and it has already affected us tremendously, extending beyond the confines of the media and creeping into every crevice of our daily lives. Through various mediums, this disorder has seriously polluted communication mediums by contaminating the biggest strength of the recent decades: Information.

It's become increasingly clear that the simple reinforcement of the message, "Do not believe everything you see on social media" has not made any significant headway in eradicating this problem because while we expect the general public to be mindful of this consideration, we are still witnessing even our colleagues in journalism falling victim to this tendency. This is despite the fact that they should be the ones who exude more skepticism when it comes to questioning the sources of information.

In short, journalists have fallen to the same pitfalls of ordinary social media users, and while the truth tries to tie its shoes, fabricated lies manage to make headway across the world. As Dan Brown said in his latest book titled, "Origins," "Fake news now carries as much as weight as real news." The days of half measures, lip service and foot dragging are long over when it comes to information disorder.

Last week, we took a closer look at research by the Council of Europe (CoE) titled, "Information Disorder: Toward an Interdisciplinary Framework for Research and Policymaking." This comprehensive work by Claire Wardle, Ph.D. and Hossein Derakhshan, managed to identify this new concept that is affecting our daily lives extensively, by delving into its sources and determining its scope.

In the article titled, "Echo Chambers and Filter Bubbles" – published last week – we focused largely on the social media side of things, looking at how the current structure of our interactions renders us more vulnerable to fake news and similar types of misinformation. However, paying close attention to where ﻿mainstream and conventional media stands in the scope of this research, as well as the definitions and stages of information disorder, are just as important.

The "misinformation" category lies solely within the sphere of "falsehood" and includes the false connections and misleading content that cause information disorder. On the other hand, "mal-information" carries the intent to harm, as the report lists some leaks, harassment and hate speech under this category. The remaining disinformation, however, stands at the junction of the two overall spheres, both containing false information and carrying harmful intent. False context, imposter content, manipulated content and fabricated content are all regarded as disinformation according to the research.

It is important to emphasize that all three categories are considered as types of information disorder, regardless of the intent behind them. Failing to realize when a piece of news is fake or when a headline is misleading and aimed to draw more attention without any intent to harm the source or subject of an article are still very much a part of the problem.

The report condenses the lifecycle of a particular information disorder into three important steps. At the source lies the creation of the message that falls under the three categories mentioned above. Next step is of course turning the said message into a media product whether it is a social media product or a mainstream media article. The final and recurring step is the distribution of the said product to the public via the various methods that are available today.

This is the part in which the media gains critical importance. After all, creating misinformation with intent to harm is nothing new, just like the forms of propaganda that have been present and relevant in the media for quite some time. For those seeking to further their personal or political goals, this will continue to be a favorite avenue for doing so, regardless of our efforts to stop it.

However, what has made these methods even more damaging in recent history has been the speed, spread and scope that misinformation can achieve compared to past decades. As mentioned in the research, those who create the information and those who spread it can be widely various people across different organizations. While it is true that some of the mistakes and false information are made deliberately, many of them plague modern media due to hastiness, low staff and carelessness, combined with the need to keep up with the ever-flowing stream of news.

Thus, it becomes clear that even if we are not the source of the misinformation in question, we can still be a part of the problem. Therefore, preventing this requires a vigilant approach regardless of where we stand when it comes to distribution networks ranging, from a social media account to the editor of a major newspaper.

In the report, the duties that fall on technology companies, national governments, media organizations, civil society, education ministries and funding bodies when it comes to combatting information disorder are many. Each of the said entities are comprehensive enough to be the subjects of separate articles, respectively. However, for the purpose of this week's reader's corner, let us look at the steps that media companies need to take when it comes to "coming out ahead" in this struggle for truth.

The media should engage in collaborations when it comes to fact-checking or debunking false information, meaning that journalists and sources should be utilized more effectively. This practice would also help prevent and eradicate the problems we mentioned above, such as need for hastiness, carelessness and low staff.

The media should come to an agreement for strategic silence when it comes to information disorder, depriving the disorder of a platform on which to spread.

The media needs to establish strong ethical standards and make sure these standards are implemented effectively. Expanding the current scope of principles used to combat information disorder more effectively and actually following through with enforcing these principles is a "must," as we have said numerous times before in our articles.

Rather than focusing solely on debunking false information in individual stories, the media should trace those stories back to their original sources. This can lighten the workload in future instances and also discredit untrustworthy sources, making it less likely for such sources to be as effective in the future.

Providing and preparing articles, charts, features and studies on information disorder and the threats it poses to the general public is another obligation that falls on the media. We must make this problem a visible one for our readers and viewers. After all, being forewarned is being forearmed. Promoting media literacy should be on the agenda of every media company for improving the effective application of critical thinking.

In the Reader's Corner, we have mentioned numerous times that improving headlines to rid them of clickbait or misleading tone is a must. Not only do these aspects damage the credibility of the media organization but, as stated in the CoE's study, it also provides a medium for information disorder as many readers prefer to skim the headlines, which causes false information to spread.

And finally, do not disseminate fabricated content to your readers. This should be a "given" but considering that most of the mainstream media relies heavily on social media as a source, more accurate and thorough fact-checking is a must. The research sums it up by saying, "Clickbait headlines, the misleading use of statistics and quotes from unattributed sources are all adding to the polluted information ecosystem."

So, let us get rid of such pollution, as these are all steps we can take regardless of what happens on social media or reader tendencies. Shifting the blame is not a viable option here.

In this corner, we have stated that perceived reality is just as important as physical reality when it comes to human behavior. We are not alone in this regard, either. Many writers have emphasized the dangers of disinformation propelled by confusion, false facts, and sources attempting to mislead the general public. This is a threat that global societies face in the modern information age. The need for issue awareness is higher than ever, and we have a lot of ground left to cover. Hopefully, the more studies we draw from in the Reader's Corner will emerge to provide a guideline for a clean media.