Voyeur and journalist: A cautionary tale 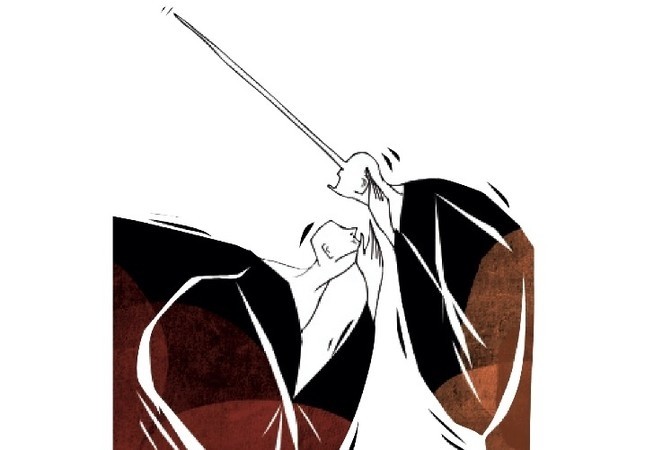 When talking to a source, it is important to remember that their motivation can and will differ from ours and, unless journalists are able to separate fact from fiction due to lacking research, it can be a mistake marking the end of their career

Every month, journalists sift through dozens of tips, claims and similar information on various stories. When one of them catches the journalist's eye, the first course of action should be researching the source of the news.

That means, we should not jump headfirst at a piece of information blindly even if it seems like the story of the century that will have repercussions around the world. Similarly, information provided by sources may align with our political views, but that does not mean it will be true and factual. It might tug at our heartstrings, compelling us to act in our role as a compassionate human being, but regardless, we must adopt a critical lens that is determined to find out the truth.

First, we must find out if the source is an actual person or a ghost intending to string us along? Did they lie about who they are? Are their names and surnames genuine? Do you have any idea about their life story? Do you know where they live and work?

These are the some of the initial questions that we must ask ourselves before even thinking about committing to the story offered to us by a source. After having answers to these basic questions, we must take a look at the record of the source. I am not talking about a criminal record though. After all, a person incarcerated for murder can just as easily tell you about the facts and truths as a person without a blemish on their criminal record. What I mean is whether this source attempted to mislead journalists and the public before. Is there any evidence of possible false or misleading statements?

After we are satisfied with our inquiry, the next step would be questioning the motives of our sources. Why did they reach out? Why do they want to share this information with you, for publication? Why you? What is their relationship with the subject of the news? What is their benefit in the story's publication? Are they motivated by guilt or revenge? Is it revenge that drives them? Are they after the truth? Do they want the public to exercise their right to be informed or do they have purpose beyond that such as punishing their enemies, improving their standing, spreading propaganda or inconveniencing their competitors?

You might say, "Regardless of the source's motivations, we look at whether the information they provide has any news value." If that is the case, then you must be tremendously good at your job because that is the only way you can come ahead in that situation.

Without going over the information and details provided to you over and over, without double-checking all the names, dates and data, you cannot consider publishing them. Well you can, as we saw many times in the past, but you will likely be disgraced and lose all credibility as a journalist while damaging your newspaper. If you had any credibility left of course because this course of action will drain it pretty quickly.

Gay Talase was a journalist that started his career with the New York Times back in 1956. With a career that lasted more than a half century, he was also renowned and respectable. He always claimed that he never entertained fiction in his books, articles and news. All of his works sparked many debates, with great popularity boosting them. That was the case until he wrote the book "The Voyeur's Motel," which doomed his career.

Talase received a letter from a guy named Gerald Foos back in 1980. In his letter, Foos said that he was a voyeur and bought a hotel for that very purpose, renovating it with a secret attic where he watched guests for years. The famous journalist met with Foos the same year and even spent a night in the same attic with the voyeur. But Talase claimed that he couldn't publish the story back then due to several personal reasons and legal obstacles.

Let us stay away from debates on whether Talase's behavior was a crime or complicity and leave that to the United States' judiciary for now.

These two didn't end their connection after that either. Last year, Foos stated that he sold the motel back in 1997, and even if there was a crime, it had passed the statute of limitations. He wanted everyone to know about his secret before he died and contacted the journalist once more.

This time, Talase was determined to write the book of his life.

The first article was published on the New Yorker. Before its publication though, the editors of the magazine said that they found several factual mistakes and serious discrepancies, asking them to be reviewed and corrected. For example, Foos stated that he bought the hotel in 1966 with diaries starting at that date, but according to official records, the date of purchase was 1969.

They also couldn't verify the murder incident in the hotel that was mentioned in the diaries. All of these were significant warning signs, but Talase resisted seeing them. The scandal was unveiled when the book was published six weeks after the article. The voyeur had already sold the hotel in 1980 to a friend despite his statement that he sold the hotel in 1997. This could have been unveiled by researching records that are open to the public.

As journalists started calling Talase for comment, he began saying that he wasn't aware of that fact and started showing signs of rejecting his own book. Even though he later amended that by saying Foos received a key from the new owner to continue his voyeurism, it was not enough to change the situation.

The famous, renowned journalist turned into one that was criticized brutally, becoming a figure of ridicule.

Not only that but this also threw a shadow of doubt over his previous articles and books, making people question his journalism – a cautionary tale indeed.

Now, let us take a look at an example where things were done right – an example of good journalism if you will.

Recently a woman contacted reporters of the Washington Post with a claim that Republican Senate Candidate Roy Moore raped her when she was 15 years old. She said that with the sexual abuse and rape scandals coming to light and increased sensitivity, she finally found the courage to speak out.

Washington Post reporters conducted a detailed investigation and found that some of the information provided by the source was inconsistent and false. The woman was lying to them about her identity and past. This made her an untrustworthy source.

With increased insistence from the woman, reporters decided to increase the depth of their research. As they continued to look into the rape allegations, they also followed the source like a detective. All of that bore fruit, and they reached a very interesting truth.

The woman was actually working for an organization that is dedicated to proving that mainstream media was unreliable and untrustworthy. This organization's goal was to lead journalists to publish false news and then provide the truth to the public to embarrass journalists, while damaging the credibility of their newspapers.

However, in this instance, the tables were turned thanks to the diligence of the journalists from the Washington Post.

Let's make sure to emphasize something. If their sources are trying to manipulate and mislead them, journalists can divulge their information regardless of their requests for secrecy. If a source is willingly and purposefully lying to you, your promise of anonymity beforehand also becomes null and void. You can expose these malicious sources and save other journalists from falling into similar traps – just like the Washington Post exposed that shady organization.My hope is that our colleagues in Turkey will take the second example to heart instead of jumping at information provided by a source without detailed research.