Getting facts from fictional worlds 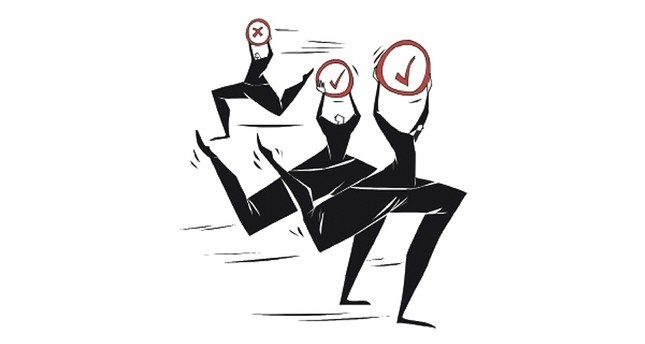 As social media evolves into a string of fictional worlds with the ability of its users to provide their own brand of alternate reality, journalists must take extra care when tapping into the internet as a news source

Exclusivity, mystique, and a pinch of apparent popularity can be the best ingredients when it comes to promoting a certain interest; add inaccessibility to the recipe and you will have sparked a popular frenzy. The titular character in last year's critically acclaimed show, "The Young Pope," applies the same philosophy to promote his papacy. But fictional characters are not alone in this regard, as we now have a fictional place that played to the same quirk of human nature in order to carry out a social experiment, or hoax of a sort.

Vice broke the story after one of its freelancers, Oobah Butler wrote about the events leading to the transformation of his shed in South London's Dulwich to the "The Shed at Dulwich," the most desirable yet nonexistent restaurant in London.

He started off by opening a TripAdvisor page for his fictional restaurant, with pictures of seemingly delicious meals made from ingredients like shaving cream and sponges. Then came the fake reviews and all singing praises to the Shed, while inconspicuously highlighting its exclusivity with details like how hard it was to finally get a reservation.

Even some four-star reviews were thrown into the mix of five-star ones to make it more credible but the restaurant's page almost screamed at users that this was the single "best shed-based experience in London!" one could ever have.

After a while, the phone calls started to come into the burner phone registered as the Shed's number with hopeful to-be guests looking to book a place after "hearing about it from their friends."

To add to the mystique and exclusivity of the Shed, it was listed as an appointment-only restaurant with no walk-ins and a vague address.

With a steady climb, the Shed gradually made through TripAdvisor's top 200, top 100 and top 30 restaurants in London. Calls started to rain on Butler's phone along with tons of emails inquiring about reservations, promotions, requests for an interview with popular social media users, TV executives, brand representatives and so on.

None of them received a positive response of course. The Shed was always booked for months ahead and it was highly exclusive, so no promotions or interviews are allowed.

In his Vice article, Butler wrote: "First, companies start using the estimated location of The Shed on Google Maps to get their free samples to me. Then people who want to work at The Shed get in touch, in significant numbers. Then I get an email from the council, which wants to relocate us to a site in Bromley they're developing. Then an Australian production company gets in touch, saying they want to exhibit us across the world in an aircraft company's in-flight videos."

Then the unthinkable happens and the Shed, a fictional place with fake reviews, becomes listed as London's top restaurant on one of the world's leading and most popular review websites.

As we all try to carve a little space on the internet we can call our own, we also start to build a life, a world that is controlled by us. It might not be true to life or reflect the reality, but it is nevertheless there from glamourous lives on Instagram to complete agreement of political opinions on a Facebook circle of friends. The echo chambers and filter bubbles also contribute to this phenomenon.

With a little effort, we can all create a little Matrix world where we decide what the reality is. However, the green code, more often than not, is an inaccurate reflection of the reality.

As journalists, we cannot ignore social media as it would neither be feasible nor desirable. It is a source we draw upon heavily due to its wide range of content and speed. However, when social media is comprised of little Matrix worlds, where their architects decide between truth and fiction, it behooves us to take great care when tapping into this source. Hoaxes, fake contents, trolling, and biased approaches are the pitfalls that await us. We must develop a series of methods to safely siphon factual information out of an ocean that also contains a significant volume of anything but.

Consider for a moment. An eager reporter who wanted to be the first to break the story of London's most exclusive restaurant that no one seemingly managed to get in; a reporter that would jump at an opportunity to interview Oobah Butler to shine a little light on the Shed and ignored the warning signs of a hoax in order to do so. It would be a huge blow to their credibility along with their newspaper. Mistakes of this nature usually stem from haste, lack of background research and ambition to become the first to break a mysterious or controversial story. Tacit approval of the political narrative of your source is another pitfall that can lead to a lack of proper fact checking. We should keep in mind that with the alternatives that have the upper hand when it comes to the speed of reporting the news, conventional media should all the more play to its strength: Credibility.