An eternal dilemma: Source or news? 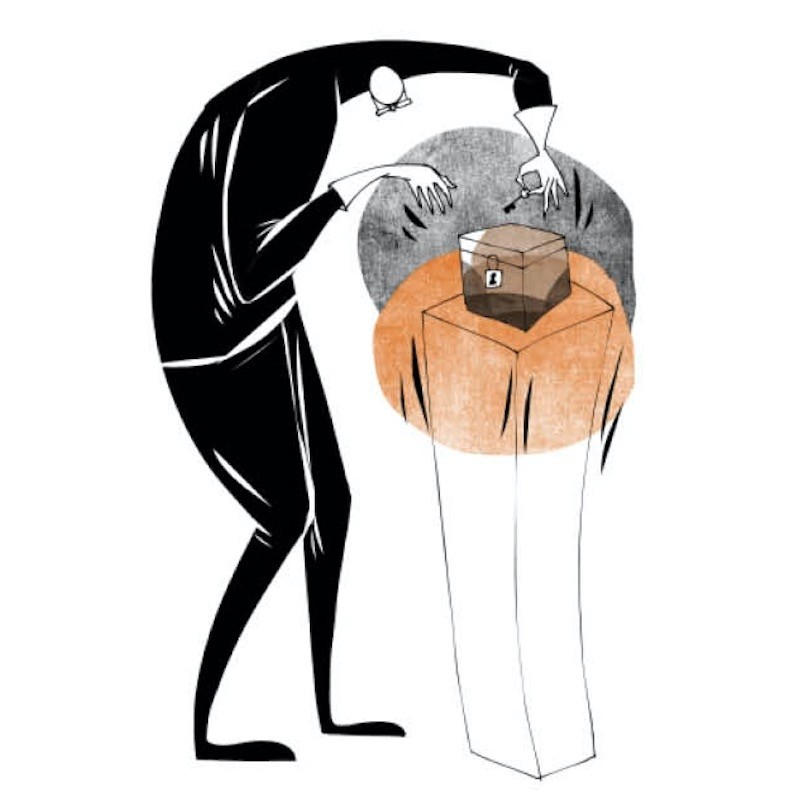 As the mystery behind the death of Frank Olson remains unsolved, journalism once again faces the dilemma of whether to prioritize the news or the source when it comes to unraveling what is hidden﻿

Our story begins with Frank Olson, a bacteriologist and biological warfare scientist that worked for the United States Army and Central Intelligence Agency (CIA) in Camp Detrick in rural Maryland. According to rumors, he had an active role in projects involved in biological weapons.

On Nov. 28, 1953, he plunged to his death from the window of his room in the Statler Hotel. His death brought a plethora of conspiracy theories and for the last half century, it is still undetermined whether his death was accidental, suicide or murder. Did he jump, fall, or was he pushed? We do not know. Yet after a report written in 1975, the CIA admitted that Olson was given LSD, 10 days prior to his death. Olson's family was invited to the White House and received an apology there. However, the apology was not for his murder but rather it was for using Olson in mind control experiments and his unfortunate death in a vague manner.

However, Eric Olson, the son of late Frank Olson, always thought that there was something missing or wrong in the explanations given to his family on the death of his father. He was undeterred and sought the truth. He spent his life to prove that his father was killed by the CIA, or in other words, by the U.S.

According to a recently aired Wormwood documentary produced by Errol Morris, early on his quest, Eric frequently turned to famous journalist Seymour Hersh. Hersh was also the first journalist that visited the Olson family back in the 1970s when the report in question came into light.

At first, he said to the family that they were being deceived and claimed to investigate the matter. But later on, he said to Eric that these matters were more complicated that he thought and urged him to let it go.

Eric was unconvinced and undeterred, however, as he pushed for an autopsy. Due to his insistence, Frank Olson's body was exhumed and autopsied for foul play. The autopsy results gave credence to the doubt that there was more than what the state told the family.

Frank Olson's family pursued legal avenues repeatedly, but to no avail. There was a door and behind that door, there were documents and information that will bring the truth to light. But unfortunately, that door was firmly locked and out of reach. Whatever they did, they could not peek behind the wall of secrecy.

There was another important aspect to this investigation. Prosecutors or private people could not sue the U.S. for deliberate murder. It was not permitted by law. The state could only be sued for wrongful deaths despite the release of documents detailing CIA methods on execution without leaving any traces.

In light of the recent findings and documents, Eric Olson once again contacted the famous journalist Seymour Hersh. Once again, Hersh promised to investigate the matter. After a couple of days, he contacted Eric and said that he believed that his father was murdered, and it was confirmed by his source. But Hersh also stated that he could not report on this conspiracy as it would also expose his source.

This brings us to a significant ethical debate in journalism. Is the source more important, or the news? It is clear that Hersh's answer is the source.

I on the other hand think that it would greatly depend on the nature of the news. If we are talking about ﻿murder, people's lives and dirty secrets of a country that boasts about being the most transparent in the world, then the correct course of action would be convincing the source to reveal the truth. If you cannot convince them, then you should expose the conspiracy regardless.

There are only two exceptions to this, though. The first one would be risking the life of the source. If the source would be endangered with the report, that source's life can take precedence. The second exception would be risking the continued information flow from the source. However, in this case, even the second exception does not warrant sitting on the story. If there are no threats to the life of the source, then this story should have been published. Humanitarian and ethical responsibility demands it.

On the other hand, Hersh's stance of "I know the truth but I cannot reveal it" also contradicts the principles of journalism. There were two options that Hersh could have taken. He could have maintained his silence on this matter completely to protect his source or he could expose the entire affair. Any course other that these two can be considered manipulation.

If you can recall, there was a report by Seymour Hersh three years ago on Turkey and Syria. Hersh claimed that Turkey was behind a sarin attack in Syria. Numerous opposition newspapers also published this report by stating that it was from famous journalist Seymour Hersh, a Pulitzer winner, to give it more credibility.

However, after a short time, the claim of Hersh that was based on an "unnamed source" turned out to be false, even refuted by government agencies of the U.S. Later on, the source turned out to be a gossipmonger retiree. Nowadays, no one cares about this false story but during its time, it served as a very serious perception tool.

So, let us ask: Why does Mr. Hersh play fast and loose with the source's identity when the subject is Turkey, while he greatly worries when the subject matter is the U.S.? Why does he refrain from writing a single line when he could have the prestige and honor of shedding light on a 50-year-old conspiracy? Why does he worry about a source he can just leave unnamed in the "land of the free?"