The arms race of online marketing 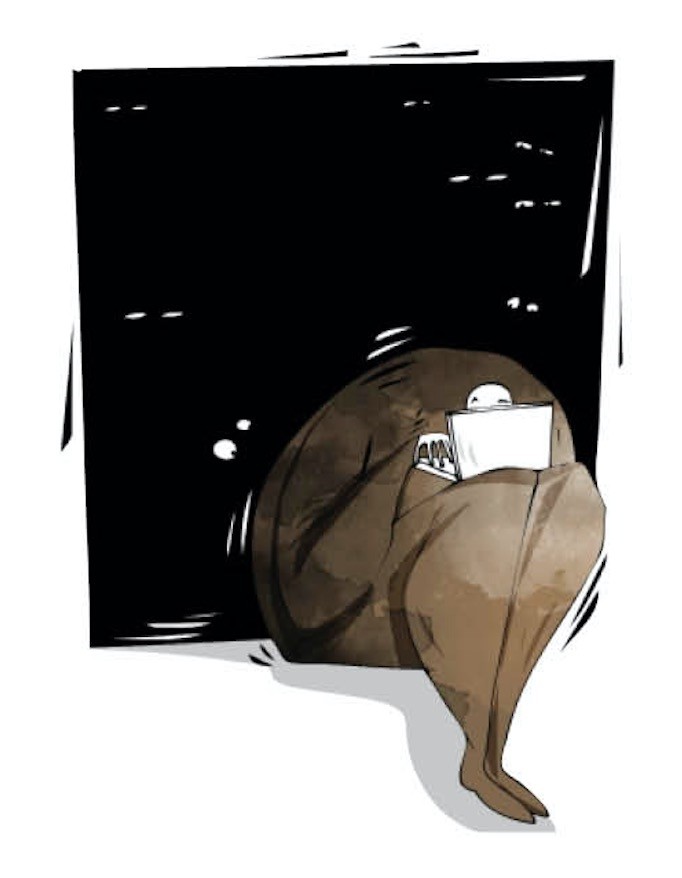 In the face of rapidly increasing anti-ad tendencies on the web, it would be prudent to consider the ethical ramifications of a guerilla marketing campaign instead of solely focusing on its possible short-term success

Although the phrase "If you are not paying for a product, you are the product" originated well before the widespread use of the internet, it has become very relevant once again. Starting with the widely distributed emails, the online advertising sector has already surpassed print and radio advertisement in revenue. More recently, digital marketing managed to even beat the television channels in that regard, ever growing in the sector.

What started with promotional emails, largely gave way to display advertisement with banners as early as 1990s and continues strong with popups, ad boxes, and floating and expanding ads. Then came the search engine marketing (SEM), and although Yahoo and Overture were the first in that regard, the popularity of Google and its AdWords make them more relevant today. The keywords, search engine integration and paid spots in search engines are one of the most effective ways of online advertisement.

Then we have the other side of the coin, of course, as there is no action without a reaction attempting to counter it. The email marketing became spam with users growing frustrated with the promotional mails filling up their inboxes. Nowadays, if a user is determined enough, spam or marketing emails can be countered almost completely, leading to ineffectiveness in this type of marketing.

The banner type of visual ads was a good idea initially. After all, people reached content without paying a dime. The only cost was that some miniscule part of the content was advertisement. But over the years, banners started to get more and more space while the actual content diminished.

Then came the pop-ups, expanding ads, promotional videos that blasted through the speakers. All of that led to frustration similar to the spam issue. Then came a piece of program called AdBlock. With it, and numerous other extensions with similar working principles, they blocked the advertisement on pages for a more user-friendly experience.

Unfortunately, most websites, which includes news websites as well, were rather late in response. And when they did, the response was to stop AdBlock users from reaching their websites, urging them to turn it off if they want to access their content. This in turn, led to the creation of scripts that blocked the blockers, turning the whole situation into race which they one-upped each other through updates.

The sensible response, which was to decrease the amount of advertisement to a reasonable level along with removal of disruptive ads, came later. But unfortunately, it was rather late by then. After all users of AdBlock type programs were too accustomed to its comfort to abandon it. The constant increase in their numbers also show it is not just those who are accustomed to this that block ads but new users flock to the banner as they continue to get frustrated with the ads. Here is the numbers from our "We reap what we sow with adblockers" titled Reader's Corner article that was published back in April 25, 2016:

Then we have the sponsored contents and sponsorships. The sponsorships should be all too familiar as it was one of the primary methods of advertisement for quite some time. But sponsored content is especially relevant to newspapers and news websites. We discussed the ethics of the practice along with the necessary previously in this corner as well.

With all these out of the way, advertisement companies continue to try to find new ways to reach the audience as their previous methods became stale. And they turn to guerilla marketing.

Viral marketing is a very effective tactic with people is more connected than ever in the last decade. One such example arose recently in Turkey.

On Dec. 29, 2017, many users of Ekşisözlük, a Turkish website that is the cross of reddit and urban dictionary in a sense, received a message at the dead of the night. It said:

"We know what you're up to. Watch and see what we will do."

The sender of the said message was seemingly another user of the website with the nickname of "iamwaldo." With users frantic about the message they flocked to the thread of the "iamwaldo" trying to determine the meaning of the threatening message.

After a while people connected the dots: Black Mirror's last season was about to launch on Netflix. It was likely that the user name "iamwaldo" was a reference to the Black Mirror episode named "The Waldo Moment" that was a part of the show's season two.

The message was not the only method of reaching the users either. Some people reported that they had seen the message saying, "We know what you're up to" on the top of pages on the website. After the situation cleared, many of the said users were outraged, criticizing the admins of the website along with Netflix for what they thought was a "distasteful" advertisement delivered in the form of a threat.

Others on the other hand commended the ad, saying it was in line with the theme of the Black Mirror. For the initial report, you can see Daily Sabah's "Netflix suspected of sending Turkish users creepy message ahead of 'Black Mirror' return" titled news article that was published at the same day of the event.

To this day, both Ekşisözlük and Netflix Turkey neither confirmed nor denied whether they were behind the guerilla marketing. However, we can extrapolate that with the user named "iamwaldo" receiving the status of "content provider" setting it apart from regular users on Ekşisözlük, this was something more than a user trolling others. If we are to consider that most of the users who received the threatening message had entries in the threads of Netflix and Black Mirror in the past, this was a targeted advertisement campaign where the people and their data became the product instead.

Also, it is worth mentioning that the Twitter account of Netflix Turkey referred to an entry by "iamwaldo" in one of its tweets during the Black Mirror's new season release period.

When we look at the arguments of the users outraged by this guerilla marketing, their complaints seem valid. After all, not everyone can simply ignore a threat and that is not counting people with psychological conditions such as panic attacks or medical ones like heart conditions. Even if they were completely healthy, scaring someone to induct them in a viral campaign seems really unethical.

The other side of the aisle is also correct in one regard. The guerilla campaign worked after all. It managed to create quite a bit of a buzz, even though some of it was negative. If you look at the matter and believe that there is no such thing as bad publicity; both the advertisement agency and Netlflix Turkey can chalk this up as a win in their books.

But we know there is such thing as bad publicity, don't we? After all, numerous campaigns that spread like a wildfire on social media in the last years have shown us that boycotts can work and if there are enough people that talk about you in negative fashion, they can ruin a company's name. Not to mention that mob mentality is a very valid concept on the internet. Then we also have another issue here. Even if it was a valid commercial idea, it was also definitely an unethical one.

If we return to the earlier parts of the article, we mentioned sponsored articles. Considering this guerilla marketing was conducted in a manner disguised as a regular user of the website, it is not right to compare it to the promotional stories on news websites.

After all, they too are delivered in the form of news stories. However, the principle in this regard is to make it explicitly clear that the content offered is a form of advertisement. If the message of the user "iamwaldo" had an indicator of being an ad such as hashtag of Black Mirror or Netflix, it might have given a clue to the other users about the nature of the promotion while also creating the viral campaign without the negative outcome.

This was not the first controversy surrounding Netflix's social media usage and guerilla marketing either. Earlier in December 2017, the company's U.S. Twitter account posted, "To the 53 people who've watched A Christmas Prince every day for the past 18 days: Who hurt you?" This in turn caused the users of the platform to raise questions about how much of their data and viewing habits are being recorded.

It appears that in the rush of the last season of Black Mirror, Netflix took the message of the series a little close to heart, showing a glimpse of the disturbing sides of the technology and web with their marketing efforts. Unfortunately, not in an ironic way though, just an increasingly unethical one.