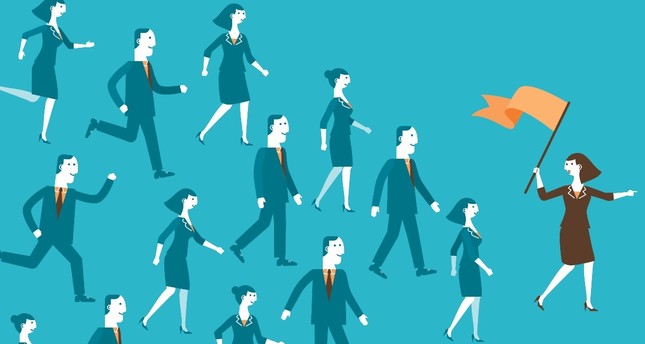 With widespread tech illiteracy and lack of follow-up in media, many fraudulent or outlandish ventures in the crowdfunding sphere get a free pass, damaging the credibility of reporting and legitimate projects

In the rapid pace of everyday news fueled by the haste of modern day-to-day lives, it is hard to keep track of the recent. Relevance is an ever shrinking supply nowadays showcased by the term of "15 minutes of fame."

The shorter attention spans of society and the media can be considered an ouroboros, the snake that eats its own tail, constantly feeding each other. However, that does not absolve the media of the responsibility of keeping track of recent history.

It is an understandable problem, with the constant feed of new stories flowing in front of editors, it compel them to jump on to new things, especially when old news finds itself little audience. But as I always say, being a journalist is more than just a vocation, it carries its own set of responsibilities to society. We encounter this problem in many forms. It might be a false promise of a politician, going unchallenged in the flow of time. It could be carefully worded PR platitudes in the face of societal outrage remaining just that, a platitude. There are many requirements a good journalist must possess, and a strong short-term memory is one of them, along with a determination to call out falsities down the line. Follow-ups are what separates good journalism to sensational yet unsubstantial reporting, especially when those reports turn out to be false or misleading in hindsight.

Of course, we have emphasized the importance of following up on stories in the past on Reader's Corner, but let us put it into perspective with the tangible result stemming from their absence.

This is also somewhat coincides with a subject we looked at on Sept. 9 with the article titled "Lack of tech literacy exposing fraud." In that article we said:

"If we are to list some of the underlying reasons behind the increasing disinterest possessed by the new generations toward mainstream media, the lack of understanding when it comes to the realities of developing technology and lingo can be counted among that number. It seems that a basic grasp of current technologies passable enough to accurately cover them is still a rare talent among the media."

It was a satirical approach to media failure recently in Turkey due to the lack of tech literacy. For those who were unfamiliar with the story here is a summary:

"Recently there was such a case where the lack of relevant knowledge possessed by journalists involved caused them to become the laughingstock of readers. The news report was about a motherboard produced entirely by local means in Turkey. It was a story that was supposed to be encouraging for those who wish to enter the field but feel that they lacked the means. Another positive side effect would be that the innovator might receive more funding from the state and backing from private individuals following coverage. Considering the recent attempts at kick starting research and development (R&D) in Turkey, it could also be some of the first fruits of those endeavors.

"However, shortly after the news report was published, readers started to point out logical inconsistencies in the story. Producing a brand new motherboard was not that easy after all. It was a huge undertaking compared to the means listed in the news article. Those who possessed technological literacy pointed out the fallacies behind the supposed product and its promises. It was soon a trending topic on social media, as readers pointed out things, sometimes in a satirical way."

This summary is important because it is actually a story that shares many of the core elements of this week's subject, only on a more global scale.

Since the founding of sites such as Kickstarter and GoFundMe and Patreon, the necessities of obtaining one of the most important needs of starting a business or push a new product have been subverted. With these new platforms, entrepreneurs are no longer compelled to convince traditional investors in order to try their hand in their projects. Instead, they are able to cut out the middle man and receive their necessary capital from the final link in the chain, customers themselves.

It was, and is, certainly a winning idea, evidenced by numerous successful projects taking off from these platforms whether they were about entrepreneurship, charity or literature.

The way to get to that good ending however had several requirements in most cases. The most important being media coverage and whether it was mainstream or social. When you look at several success stories, at least as far as the funding process is concerned, it was clearly a match made in heaven. On one hand, you had a product that was usually considered futuristic, referenced or fed from pop culture, or something you never knew you wanted. It was the perfect content for technology pages of newspapers, tech websites, blogs and so forth. It wasn't even that hard. After all, the project owners themselves already did most of the heavy lifting themselves with wonderful looking promotional materials such as crisp videos, lovely graphic design and an easily sold premise such as an underwater breathing apparatus, hoverboard, jetpack and so forth. I am sure you get the idea.

Not all stories have a good ending however. Here is where the two problems mentioned above reared their heads. With the lack of technological literacy combined with the lack of follow-ups, the kick-started projects received an endless amount of positive press while also using that said press to further their own credibility in order to draw even more backers. If the project was on level, no problem. But when failure, dishonesty and outright fraud became the words thrown around such projects, the premise of crowdfunding on this scale started do lose its luster. The sad thing is, most of that could have been prevented if not for those two problems.

The media's lack of tech literacy allowed outlandish promises to go unchecked even when the alleged science behind the projects were quite flimsy, even to amateurish eyes. Not to mention that when those amateurish perspectives attempted to question the credibility of the projects, project managers now had the ability to point out the articles from trusted media organizations in order to swat them away as far as their backers were concerned.

Initial efforts of separating credible from outlandish stories failed due to tech illiteracy. Even that could have been salvaged in some manner if the media actually strived for consistent follow-ups in order to keep the projects honest as far as the promises and projects were concerned. Unfortunately, that didn't happen either. At least until the fraudulent or failed projects garnered enough attention to actually be sensational enough. Just like with scam stories.

Journalists must realize that their credibility is the key issue to our industry. Even if they are not liable in a legal way, their credibility is damaged when a project they cover ends up sour. It is clear that the media dropped the ball on this issue, considering that social media sources attempt to meet this necessity by taking a hard look at crowdfunding projects by analyzing them from a technological and business perspectives. We must remember that if we facilitate people's trust in a project, the least we could do is take a hard look at whether that trust is actually deserved. Doing otherwise is a disservice to society, our vocation and credible projects.