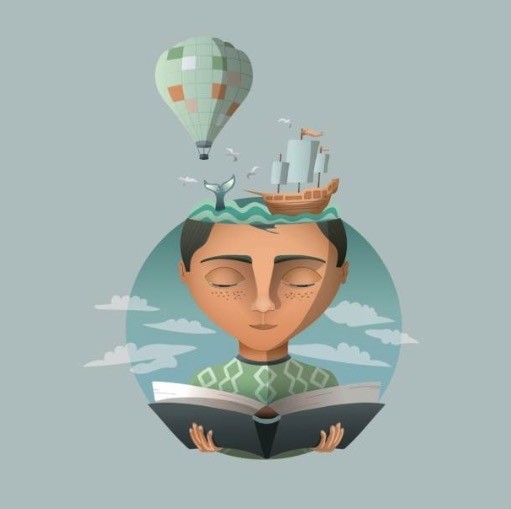 With the increasing sentiment that fiction is becoming too politicized, a monopoly held by a single political stance in popular culture lends credibility to the accusation that propaganda is replacing good storytelling

If we are to look at the unifying factors within a society, their pastimes show a great deal. No matter how much two people disagree on political matters, to the point of coming to blows in their heated rhetoric, we can see both of those people coming out to the cinema after seeing the same movie or enjoying the same book, listening to the same song and so forth. This popular culture creates a bridge of understanding that is separate from day-to-day woes in a sense.

Lately however, we are seeing more and more of a disconnect, as criticisms of fiction become too political to be enjoyed by two sides of a political rivalry. One of the main reasons behind that is simple. Far too many people consider fiction, whether it is in literary form or on the big screen, as a method of escape from their worldly concerns. It is a way of shutting down certain functions of our brain that constantly deals with the problems of reality in order to pursue enjoyment, intellectual nourishment or artistic pleasure. But that reason does not explain the recent rise in the sentiment that politics in fiction is getting to be too much.

There are couple of reasons we can deduce this by comparing the present with the recent past. First of all, fiction was always political. There are two main avenues for politics in fiction. One of them is politics used as a literary device. Adding real-world elements like politics, whether from history or the modern day can be used as a compelling factor for an author or a screenwriter to weave a web of fiction convincing enough to allow us to suspend our disbelief. It can be a way to show radicalized stances in a microcosm of storytelling. It can allow us to see dangerous political ideas intimately in a cautionary fashion from the comfort and safety of our homes. It can add depth to stories in a way that reflects reality in a more intimate fashion.

The other avenue that politics take in fiction stems not from literary goals, but rather the author's own beliefs and values. The author's politics, if applied to their works can affect them a great deal, so much so that the story becomes shaped by those political standpoints. Take "Starship Troopers" for example. This title was originally a science fiction novel by Robert A. Heinlein, an American writer. It was an extremely political novel, written as a response to a real world event at the height of the cold war.

In his essay, "The Nature of 'Federal Service' in Robert A. Heinlein's Starship Troopers," James Gifford writes:

"In 1958, President Eisenhower was considering a unilateral cessation of nuclear weapon testing, based on a Soviet promise to make it joint. The Heinleins were adamantly opposed, given the Soviet Union's poor record of promise-keeping, and the Patrick Henry League was the result. Eisenhower suspended nuclear testing. Shortly thereafter, the Soviet Union ignored its promise and resumed testing with some of the largest and 'dirtiest' weapons ever detonated.

Heinlein was infuriated. He stopped work on the novel that would become 'Stranger in a Strange Land' and wrote 'Starship Troopers' in a white-hot fury. Like most of his novels, it was completed in a few weeks."

The background for the novel shows the clear political stance of Heinlein when it comes to his motivations. It was no surprise when the novel became highly controversial, one of the most popular perhaps in science fiction history. There were a couple of political themes prevalent in the novel. The first was the militarist themes. The second was the sense of responsibility of the individual and the moral decline of the society. Both of those themes gave birth to a highly controversial idea realized in the novels: Citizenship and the right to vote.

In the novel, only a citizen was allowed to vote and to become a citizen, a civilian had to serve in the military in the most cases.

The novel's version of earth and its body of government was not a satirical or dystopian world either. I highlight that because of the following example.

In 1997, Heinlein's novel was adapted to the big screen with the same name. It didn't do well commercially at the time but it had enough charm to become a cult hit. Its director was Paul Verhoeven while its screenplay was written by Edward Neumeier. The movie, while being an adaptation, had a stark contrast in the themes and political stances compared to the book. In the movie, the world of "Starship Troopers" was depicted as a fascist and militarist future with highly satirical elements that ran in opposition to the book's perspective. In an interview Neumeier said:

"Our philosophy was really different, we wanted to do a double story, a really wonderful adventure story about these young boys and girls fighting, but we also wanted to show that these people are really, in their heart, without knowing it, are on their way to fascism."

What is funny is that at the time, the movie was widely criticized for being fascist propaganda in a nutshell despite its critical approach to the book which was far more serious in its beliefs.

In other words, the "Starship Troopers" book and in its movie adaptation, we see how political beliefs of its respective authors can change the same story in widely different aspects. Its reception is even more convoluted. We have a book that had unapologetically militarist elements which met with controversy and a movie that deconstructed those elements yet was met with controversy again for the same reason.

At the end of the day, complaints are not actually about fiction becoming political. They are about the political agenda that is becoming too visible in fictional works to the point of them becoming propagandist attempts. After all, as we said before, fiction was always political. But when popular culture becomes a monolithic structure that shuns all "wrongthink" with extreme prejudice while promoting the "accepted" political agendas as the norm at the cost of good storytelling, the politics in fiction becomes detrimental to the work, rather than adding value to it. It instead becomes politicized instead of political.

Take one of the most successful franchises of all time, "Star Wars." The controversy surrounding "The Last Jedi," the second movie of the sequel trilogy continues to this day. It was one of the biggest battlegrounds in popular culture between those promoting political correctness and those who oppose it. But underneath that, it was also a contest between the viewpoints that puts politicization above fiction and those who put fiction above politicization in storytelling. At the end of the day with the commercial loss of the franchise's latest movie "Solo," we see the tangible results of that controversy.

As with most things in life, straying from subtlety and moderation while also sacrificing quality is the reason why one of the most intricate and positive additions to good storytelling is now a considered a cause of contention by a sizeable portion of society. And when the reins of popular culture largely reside in the hands of a single political camp, it is no surprise that other camps are discontent with the situation. But let's leave that disconnect for another week in order to take more than a cursory glance at its reasons and political consequences.