How newspapers can adapt to social media trends 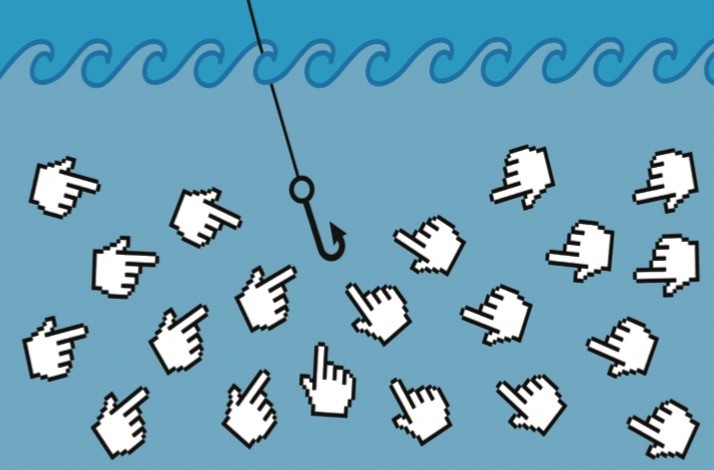 As the mainstream media adapts to the trends and methods of social media management in order to be successful in this new medium, it brings a new set of problems if it isn't tempered with journalism’s principles

Ever since social media has become a significantly important part of our lives, both personal and public, it also ushered in its own jobs to fill the void that usually amounted to just winging it from the companies when it comes to interacting with the users on various platforms. The new job definitions were written, human resources departments were put to work and over time experienced demand and managed to rise up to meet the supply.

Back then it was much simpler, as just having a presence on social media was a mark of progressive thinking by the company, with Facebook pages without any interaction and usually managed by the interns as an afterthought.

Those days are long over though. Nowadays social media presence and its quality can make or break an emerging company and any existing and established one tries their best to avoid a mistake that would trigger a negative response.

For that reason, expertise and not being tone deaf to their customers and societal trends is one of the most desired qualities of a social media manager. There are a couple of reasons behind that. From the newer generations' general annoyance of the public relations talk or "suit" mentality that governed the PR departments of companies for decades forced new grounds to be explored. And stumbles were unavoidable. Another reason is the nature of unpredictability that most social media outrages possess. You might get away with 10 blunders without incident but if one gains enough steam, it doesn't matter if that one was much less severe than the previous ones. That would become your "hanging crime" so to speak.

With this in mind, it is no wonder companies try to run their social media accounts as clean as possible with little deviation from the norm. But that brings another host of problems. As we said before, PR talk is no longer the preferred method of interaction for the younger population and their demographics are already aged enough to get into the most spending parts of the pyramid.

Thus companies are forced to find a balance between a sterile and rigid PR policy and one that deviates from the norm in order to draw more people in. After all, both sides have their pros and cons and the correct mix can eliminate the cons while benefiting from all pros.

Recently though this sort of balance seems to slide more and more in the favor of the second scale. And it stems from the divisiveness we experience in every facet of our social lives. You see, the old saying that proposes, "There's no such thing as bad publicity" seems to be adopted and put into a new light with a new spin of post-modern trends.

Many of these new age companies, especially the ones that used to be considered more niche yet became dominant in this day and age, usually come with a something akin to cult following. Their user bases tend to plant their flag firmly on one camp and be antagonistic toward the other. It can be observed within the Apple and Android communities for example. When a company manages to gain this loyal fan base, it becomes all the more easier to deflect the outrages by simply pointing the passionate user base to an external or dissenting target. It is something that is seen often in politics and it is simple result of human nature.

With that at hand, social media management becomes both easier and more profitable because now you can actually conjure up controversies, ones that would not damage your brand too badly and make your consumers more loyal to you by appealing to their feelings. Since there are now two sides of controversy and that it takes a life of its own without your involvement, you can become more visible while driving that focus to more desirable parts of your various campaigns.

This method is used from small communities to big advertising companies to let two sides battle it out on social media while driving that traffic higher than ever before.

There was TEDx Talk earlier this year given by Eric Bischoff, an important producer and personality in the American professional wrestling scene, specifically the World Wrestling Entertainment (WWE) company. In this speech Bischoff likened the state of the mainstream media and its methods to WWE's go to tactics to drive up the crowds and keep them engaged.

In his speech he said, "It wasn't until after I got out of the wrestling business and I retired then I realized that the news media and professional wrestling used much of the same formula. They don't want you to think, they want you to feel."

He also talked about the concept of "cheap heat," the easy way of making people react passionately by playing to their anger and frustration.

He said, "As long as you feel passionately one way or the other, business is good."

The same principle goes here as well. It is easy to fan the flames of that passion by age old methods of us versus them as long as you manage to avoid the possible blowback.

Despite its drawbacks it is a working method and its usage in the free market economy is not the subject of this article. Unfortunately, though, these same methods seem to creep into our business as well, especially on the social media side of the things. Media companies maintain a heavy presence on social media, especially on Facebook and Twitter since it became an inescapable reality that a vast portion of the society tended to go on this new medium for their daily news.

It started with the usual cycle. The social media use of the mainstream media companies reflected their methods and habits presented in their familiar mediums, such as print or TV. But as time went on, mainstream media too adopted the current convention in their handling of the new frontier.

This by itself was considered a good thing. It still is by the way. After all, using a new platform in order to reach your readers can only be effective if you can provide content that is more applicable to that platform. Holding on to antiquated or unsuitable methods when seeking new ground is not something feasible for success. There were good methods adopted such as bite-sized videos that were easy to consume on social media yet allowed a good amount of summary of larger news. These also had the benefit of drawing more audience to the more complete versions on the websites of the news organizations. The news media's expertise in writing spots that gave a small insight to a larger article has been a success in Twitter which promoted bite-sized chunks that conveyed a greater message.

The problem came when news media started to show the aforementioned trends to drive up traffic and draw more audience and interaction with the previously mentioned methods. What is even worse is that this type of social media handling meshed greatly with the media's disastrous habit of clickbait headlines.

Now it is quite easy to encounter a headline that is designed to rile people up enough to write thousands of comments on social media shares of a news article. Yet, the article itself warrants none of those criticisms which spawn another faction that criticizes those criticizing the headline since they actually read the article itself. It is a valid point after all, taking up pitchforks without the full picture is an undesirable outcome. Yet, that outcome is by design and the responsibility lies heavily with the media company itself. The titles should convey what the article means instead of bait and switch to drive up traffic and controversy for monetary concerns.

While we complain about fake news and its tendency to increase division, the use of misleading headlines or quotes on social media can be used to conjure up short-term controversy results at the end of the day. Mainstream media's social media usage should reflect its principles and the guidelines of their main platform,s even if the methods change to adapt to the new trends created by new mediums.