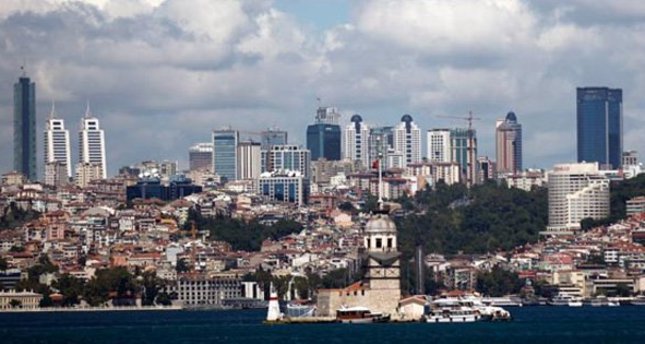 by Daily Sabah with Agencies
Dec 27, 2014 12:00 am
Sales of houses to foreign buyers leaped close to 60 percent for the January to November period, according to data from the Turkish Statistical Institute (TÜİK). House sales to foreigners in Turkey increased 59 percent compared to the same period in the previous year, rising to 17,104 from 10,740. Foreigners bought 1,554 houses on average per month. Most of the purchases are in Antalya, where foreigners bought 6,035 houses. Istanbul is the second-favorite location, with 6,035 houses purchased, while 1,104 were purchased in the Aydin province. Sales in these favorite locations accounted for 71 percent of all house sales to foreigners. But the overall housing market in Turkey is flat. Total house sales in the Turkish market stalled in the period, with total sales slightly declining from $1.04 million to $1.03 million. Sharp interest rate hikes introduced in late January and a slowing economy have made purchasers cautious at this time. In response to a question regarding houses sold to foreigners during a press meeting yesterday, Economy Minister Nihat Zeybekci said foreigners who choose to live in Turkey are most welcome. Zeybekci stated that they don't have a negative perspective on residential investment and the construction sector and that Turkey needs to renew its housing stock. Zeybekci said he is glad to see the trend of house sales to people coming from the Middle East, Gulf countries, Afghanistan and Turkic republics. "If they want to get a real estate deed in the Republic of Turkey, and they choose to live with us here, they are most welcome," said Zeybekci.