Istanbul’s vision to be assessed in London 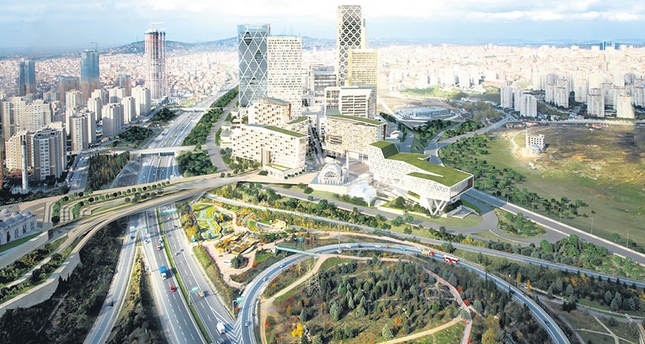 by Daily Sabah with AA Jan 18, 2015 12:00 am
The third Istanbul: Regional Hub, Global Actor forum, held to promote the Istanbul International Finance Center project, will start in London on Jan. 20, 2015, according to a statement from Borsa Istanbul, Istanbul's stock exchange. "The Istanbul Financial Center project is of great significance for the Turkish economy in reaching its strategic targets," the statement said. "Realizing the project with a sound infrastructure within the shortest possible time and making Istanbul the undisputable hub of the region, as well as a leading actor of the financial network, depends on the support of all stakeholders, particularly the financial sector."

The forum, with the theme "Turkey: Discover the Potential," aims to promote Istanbul as an international financial center and discuss the necessary steps to further assist the city.

Having been an international commercial destination and Turkey's financial center for centuries, Istanbul is a strong nominee for being an international finance hub thanks to its strong economic growth potential, geopolitical location and political stability. Also, a signature ceremony to celebrate a deal struck recently between Borsa Istanbul and the London Stock Exchange will take place at the event.

The BIST 100 index, the stock exchange market of Istanbul, became the fifth most rising stock market in the world in 2014. The BIST 100 showed a variable performance during 2014 because of political issues, such as the Gezi protests and coup attempts on the government on Dec.17-25, 2013. But, the BIST 100 succeeded in attracting the attention of foreign investors. The Istanbul Stock Exchange is fifth on the list of most rising stock markets in the world with an increase of over 24 percent.

The first Istanbul: Regional Hub, Global Actor forum was held in Washington, D.C. on Oct. 11, 2013, and the second was in New York City, with the participation of prominent Turkish and global business leaders on April 22, 2014.