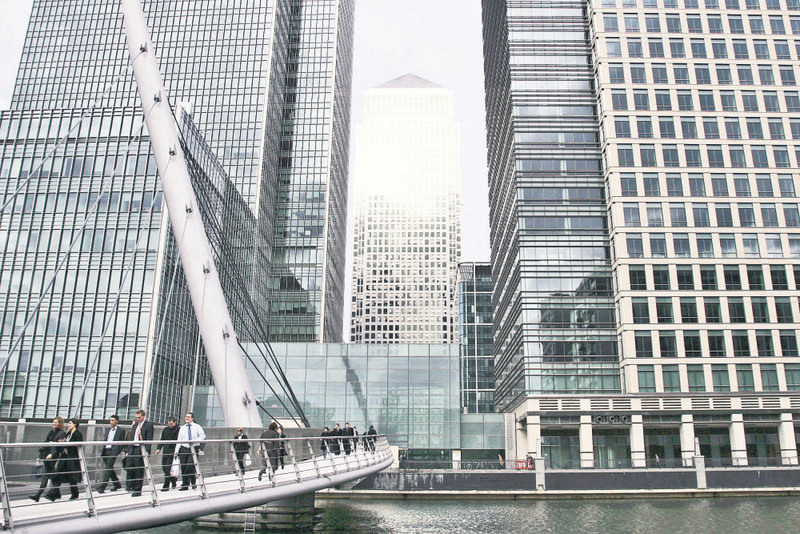 A Qatari-led bid has won the battle to take over London's Canary Wharf complex after three of its major shareholders agreed to accept the $3.8 billion offer in January.
by reuters Apr 15, 2015 12:00 am

While outbound property investment by the Middle East sovereign wealth funds dropped 31 percent to $5.84 billion in 2014, Qatar's $4.87 billion purchases made it the largest source of capital from the region

Middle East sovereign wealth funds (SWFs) cut their new investments in real estate in the rest of the world by almost a third last year because of the plunge of oil prices, consultants CBRE estimated. However Qatar's $4.87 billion of outbound property purchases made it the largest source of capital from the Middle East. Saudi Arabia accounted for $2.30 billion, the United Arab Emirates $1.63 billion and Kuwait $665 million, CBRE wrote. It did not provide figures for the region's other countries.

Outbound property investment by the SWFs, the vast majority of which are from the wealthy Gulf Arab oil exporters, dropped 31 percent to $5.84 billion in 2014 from $8.45 billion in 2013, CBRE wrote in a report on Tuesday. "This reflects more cautious behaviour from natural resource-based SWFs in light of weaker oil pricing," CBRE said. "The effect might be even stronger in 2015 and in the next couple of years after." A large proportion of the investment is in Europe.

Low oil prices have slashed the amount of new cash which Gulf governments have available to put into their SWFs, and some governments may liquidate SWF assets to cover deficits opening up in their budgets.

High prices, a lack of available properties and the growing speed at which deals are being completed were other reasons for Middle East SWFs to spend less on real estate last year, said Nick Maclean, managing director of CBRE Middle East.

"There's a suggestion that some locations from a GCC (Gulf Cooperation Council) perspective have become too expensive, London being one," he told a news conference.

Overall, however, the Middle East's real estate acquisitions in the rest of the world fell by a smaller margin - 13 percent - to $14.1 billion in 2014. This was because some other investor types from the region actually increased their purchases. Middle Eastern property companies' purchases outside their region surged 134 percent to $2.89 billion, while private investors' acquisitions increased 64 percent to $2.52 billion. These investors apparently feared that cheap oil would reduce returns within the Gulf, encouraging them to go abroad.

"In contrast to SWFs, private wealth and equity funds took off as a major new source of outbound capital from the Middle East," CBRE wrote. "Research shows a greater allocation of investment in real estate and more concentration on geographical diversification away from the home region."

Iryna Pylypchuk, director of CBRE's global capital markets research, said: "Lower oil prices may have triggered private capital to increase international allocations and sped up deployment (more) than would have been the case otherwise." Of the $14.1 billion which all types of Middle East investor spent on real estate outside the region in 2014, $10.2 billion was on property in Europe.