Turkish home sales up by 32.4 percent in March 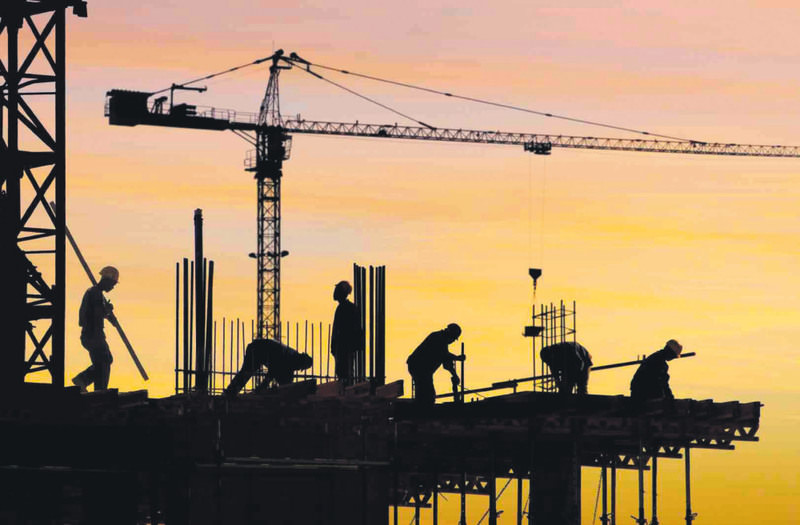 House sales rose by 32.4 percent while mortgaged sales were boosted 85.2 percent. Numbers were not extreme according to experts, but are returning to normal

House sales increased by 32.4 percent in March, reaching 116,030 compared to the same month of the previous year, according to data released by the Turkish Statistical Institute (TÜİK) on Friday. Istanbul has the highest share, as usual, with 18.9 percent of house sales with 21,911 houses sold. Ankara and Izmir followed Istanbul with 12.2 percent and 5.9 percent, respectively.

In March, 45,315 house ownerships changed in terms of mortgage sales. The mortgaged house sales throughout Turkey increased by 85.2 percent compared to the same month of the previous year. Moreover, house sales with a mortgage had a 39.1 percent share of all house sales in Turkey. "This increase is not an extra improvement, the sector is just returning back to normal," said Burhan Özdemir, chairman of Optimal Project Management. "When comparing the numbers with the previous year, we need to remember the situation at that time," he added, referring to the Dec. 17 and Dec. 25, 2013 operations and political turmoil. After December 2013, the Turkish lira lost value against major currencies and the Central Bank of the Republic of Turkey (CBRT) intervened in the situation by increasing interest rates. "The following months have been difficult for the construction sector. Mortgaged house sales generally account for 40 percent of total sales; however, it decreased to 25 percent during that period since people were not willing to buy houses through credits with high interest rates," Özdemir explained. He stressed that housing loans' interest rates have reduced since August 2014, and the sector is just getting back to normal. Additionally, it is following an increasing trend like it did before December 2013.