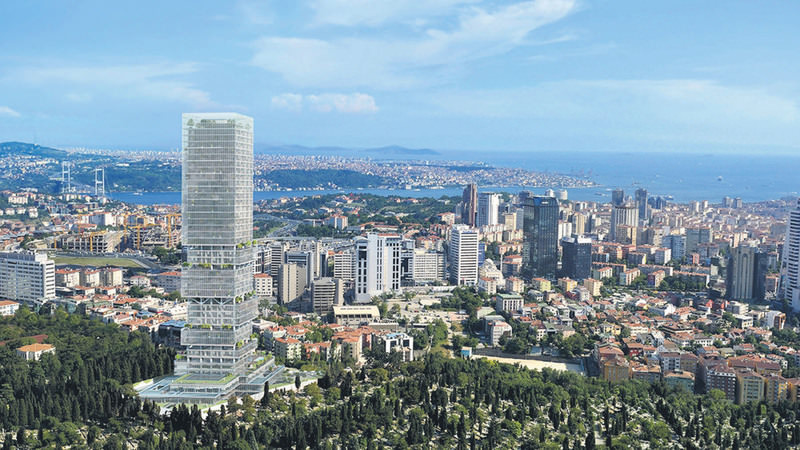 House sales increased 19.5 percent in May compared to the previous year to reach 107,888. Mortgaged sales continue to recover from 2014 numbers and sales to foreigners reached a new peak

House sales increased 19.5 percent in May compared to the same month the previous year, according to data released yesterday by the Turkish Statistical Institute (TurkStat). The data reports 107,888 houses were sold in total - Istanbul had the greatest share among all other provinces with 20 percent. A total of 21,576 house sales were made in Istanbul, followed by Ankara and Izmir with 11.9 and 5.9 percent shares, respectively. The lowest sales figures come from Hakkari with only six houses.

House sales to foreigners were at a record high on a monthly basis with 1,982 in May with 636 in Istanbul. Antalya, one of the most popular tourist destinations in Turkey, followed Istanbul with 546 and Bursa was third with 128.

Analysts have said that the increase in house sales to foreigners is mainly due to the construction of projects that are parallel to foreigners' demands along with the devaluation of the Turkish lira against the dollar.

Speaking to Daily Sabah, Optimal PMO founder and Chairman Burhan Özdemir claimed that the number of house sales to foreigners is in fact way below the targeted level and insignificant compared to total sales. He said that the law of reciprocity leads foreign buyers into a four- to six-month process, a situation that increases the possibility of deterring a foreign buyer due to the political developments and currency changes during this period. Özdemir mentioned that the monthly sales level target for foreigners was between 10,000 and 15,000 before the law of reciprocity was passed. Özdemir also claimed that yearly numbers would be a more accurate indicator of sales to foreigners since monthly data can fluctuate throughout the year due to delays and quickening in the sale process. Explaining that the official numbers are very low, Özdemir thinks the real number for house sales to foreigners is much higher. He claimed there are foreign buyers bypassing the paperwork procedures by setting up a company in Turkey and purchasing houses as company assets while some foreign buyers partner up with Turkish contractors to ease the process of registering the house in their names. Özdemir thinks that the actual amount of house sales to foreigners is between 20 percent to 30 percent, considering the unofficial numbers, and suggests that the law of reciprocity should be improved in a way that allows the municipalities to authorize house sales to foreigners with more ease in the non-strategic and non-threat-posing areas assessed by the National Intelligence Organization (MİT).

Other than by mortgage, 67,802 houses were exchanged in sales, a number that has seen an 11.9 percent increase compared to the same month last year. In this category, most houses were sold in Istanbul, with 12,621, which makes up 18.6 percent of all other types of house sales in Turkey. Ankara was second with 7,332, and Antalya was third with 3,912.

A total of 49,001 houses were sold for the first time, which constitutes 45.4 percent of all houses sold. Among the first time sales, Istanbul once again led with 10,246, and Ankara and Antalya were second and third with 5,108 and 2,445, respectively.