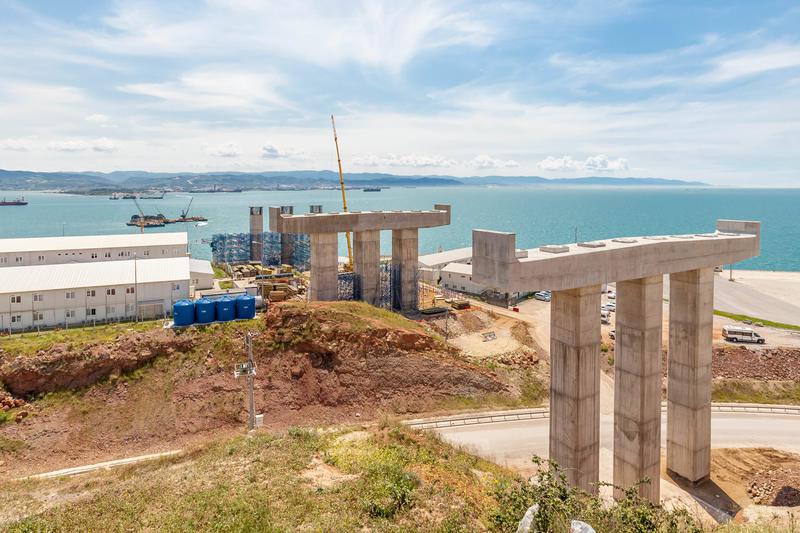 by Daily Sabah Aug 01, 2015 12:00 am
The İzmit Bay Bridge, which will connect both sides of the İzmit Bay after its construction is completed, has led to an upsurge in land and real estate prices in Yalova and prices have soared by 500 percent in the city over the past decade. Adem Şen, the president of the Yalova Realtors Association, said land and real estate purchases and sales in Yalova have seen a major surge since the suspension bridge project, which will be located at the eastern end of the Marmara Sea, was launched, with investors competing with each other to have more land on the route of the bridge between İzmit's Dilova and Yalova's Hersek.

According to Şen, land sales have boomed with zoning renovation. Investors are taking advantage of this and are buying land to sell to investors from Istanbul for high prices. The population of Yalova, which is currently 180,000, is expected to reach 500,000 within the next several years, Şen said, explaining that Istanbul's population is heading toward Yalova as the densely populated city is facing a residential area shortage.

Yalova's Directorate of Land Registry made around 13,000 purchase and sale transactions throughout last year, however, this figure has skyrocketed to 9,543 thus far this year, while the number of real estate agencies has seen a rapid increase as well.

A large majority of the land on the bridge's route was sold and land particularly in the villages of Çukurköy, Denizçalı, Kabaklı and Kılıçköy have attracted a great number of investors. Residents of the İlyasköy village have sold 75 percent of their land to foreigners, while dynamism has also been seen in land purchases and sales in the villages of Aktoprak, Fevziye, Örencik and Ahmediye. The lands in Hersek, where the abutments of the bridge will be placed, are being sold for the highest prices. The house prices in downtown Yalova have also increased greatly.
Last Update: Aug 14, 2015 2:25 am
RELATED TOPICS