Istanbul’s most expensive place to rent property: The Grand Bazaar 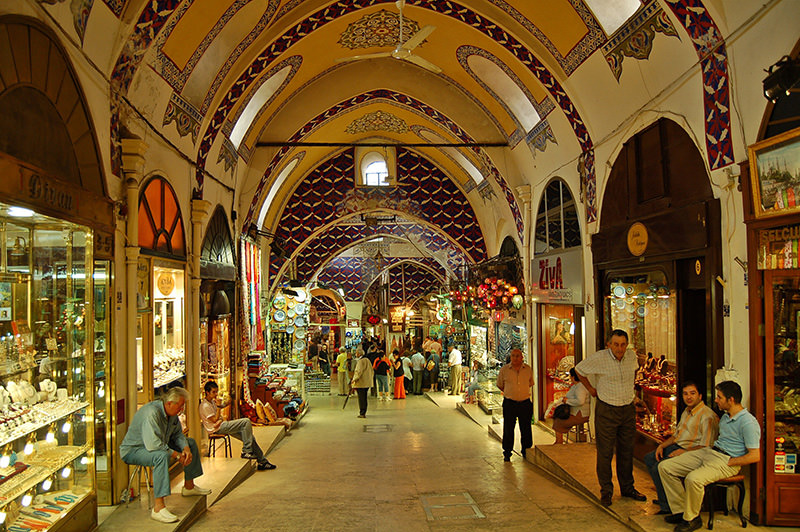 Kalpakçılar Street of the Grand Bazaar tops the list of the most expensive streets in Istanbul in terms of rent, starting from $2,000 per square meter per worth. Urban transformation will skyrocket Gaziosmanpaşa district’s house prices

Known as the oldest and the greatest covered market of the world, the Grand Bazaar is marked as the most expensive spot in Istanbul in terms of rentals that reach $3, 500 per square meters.

According to the real estate value assessment list prepared by Eva Gayrimenkul Değerleme, the Grand Bazaar, which is located between the most historical districts of Istanbul -Beyazıt, Nuruosmaniye and Mercan -is the most expensive spot in Istanbul in terms of monthly rental payments. Eva Gayrimenkul Değerleme, which listed the most expensive streets of Istanbul in terms of monthly rentals, marked Kalpakçılar Street, which is known as the heart of the Grand Bazaar, as the most valuable spot of Istanbul and Turkey with the monthly rental for per square meter area in the street ranging between $2, 000 and $3,500.

Eva Gayrimenkul Değerleme General Manager Cansel Turgut Yazıcı said that the rental payments of shops located in Kalpakçılar Street have increased by around 20 percent over the past year. This surge is deemed normal since there is not a precedent to Kalpakçılar Street across Turkey, said Yazıcı, adding that some part of this increase stems from the fact that shops are rented on gold basis. Kalpakçılar Street has also been the street where rentals have seen the highest increase over the past year. According to Yazıcı's statements, the main reason for this is that it is a unique and one of the most valuable streets of the world, while a large majority of artisans having shops in the Grand Bazaar hold on to centuries-old traditions and they sell goods on gold basis.

As far as other streets cited in the list are concerned, it is seen that the streets that stand out in the city center were also popular even before shopping malls became widespread there and they are always dynamic and favorite places. The rentals of shops in Alemdağ Street have soared by 5 to 10 percent, while unit rentals of shops in Beşiktaş-Çarşı have decreased over the past year since last year's excessive rental hikes discouraged tenants.

Prof. Gürsel Öngören, the head of the Platform for Urban Transformation and Law, said house prices will skyrocket in the district within the next five years and flats, one square meter of which is now $1,000 will be sold for $25,000 per square meter in this period. With this figure, house prices in Gaziosmanpaşa will compete with those in London and Paris, he added.

The urban transformation continues to top the construction sector's agenda. Öngören said urban transformation projects should be prepared by taking the necessities of present time and distant future into consideration and should not be changed by governments that come to power. The aesthetic evaluation of the work can be clearly made in the next 10 years, Öngören stated, adding that as of 2015 urban transformation projects will be carried out in accordance with an integrated design-marvel master plan that the Gaziosmanpaşa Municipality had prepared by a world-renown architectural firm covering an area of 4,000 decares.

According to Öngören, urban transformation can be applied in three circumstances. The first one concerns an on-site implementation by municipalities under the leadership of Ministry of Environment and Urbanization. The second one is about the approval of the renewal decision by a qualified majority of apartment residents. The third concerns tax and fee exemption of around 25 percent that is applied to encourage cities for urban transformation. As a part of the urban renewal work, between 150, 000 and 200,000 houses started to be renewed in 2013 while additional 200, 000 houses have started to be renovated last year.

A total of 160 risky areas have been determined in Turkey this year and renewal work has been initiated for an area of approximately 150 million square meters. Öngören said municipalities in Istanbul are continuing risk area work on an area of 12 million square meters, but Turkey's construction stock is not resistant to medium-sized earthquakes.

Building owners who cannot afford to renew their buildings can join the urban transformation by making a deal with contractors with the financing by banks. Construction firms that will renovate a building as a part of the "Turnkey Urban Transformation Project" will receive progress payment for the construction cost from banks. The project constitutes a secure system both for construction companies and right holders.
Last Update: Aug 16, 2015 9:14 pm
RELATED TOPICS