Four Turkish projects to compete in final of Cityscape Awards 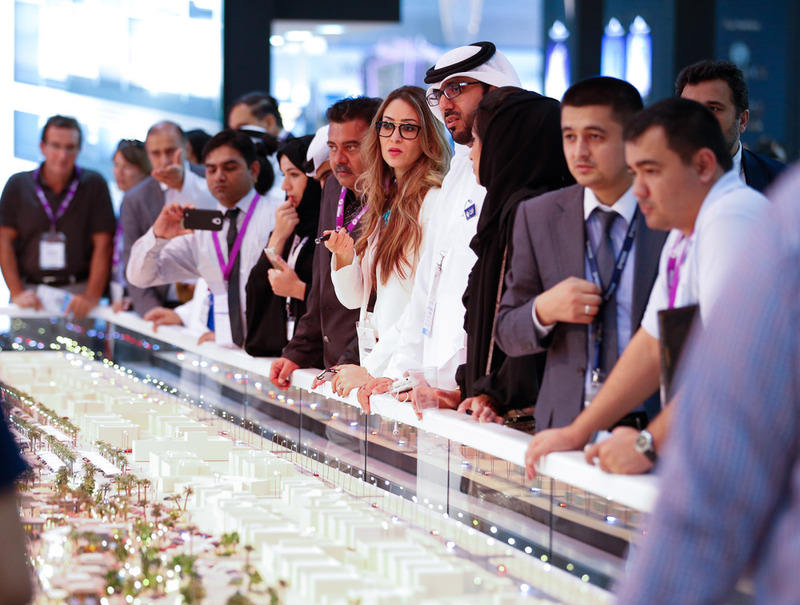 Four Turkish construction companies will go to the finals of the Cityscape Awards for architecture in the emerging markets catagory. One of the most prestigious construction fairs of the world is being held in Dubai

The Cityscape Global 2015 fair kicked off in Dubai on Tuesday. The fair awards outstanding architectural projects in the rising world real estate market as a part of "The Cityscape Awards for Architecture in the Emerging Markets" program. There are four Turkish projects that have advanced to the final.

The fair, which is being held at the Dubai World Trade Center, is taking the pulse of the world's real estate market. Global Connection has prepared an appendix to Gulf News, which is the most influential English newspaper in the Gulf, to be distributed to all participants of the fair. Also, it will be shared with passengers during the flights that Turkish Airlines (THY) offers to six destinations in the Gulf and during all domestic and international flights of Gulf airline companies, including Emirates, Etihad, Air Arabia and Gulf Air. It is expected to reach a total of 600,000 readers.

The Istanbul-based architectural studio MuuM has managed to advance to the final with its Rönesans Mecidiyeköy Office in the category of mixed-used structures. The office, which is located on an active arterial road in Istanbul's Mecidiyeköy district, is defined as a decent structure in the midst of crowded streets and as a qualified alternative to disordered and irregular structuring in its surroundings. It has architectural additions such as inner courts and bay windows.

The second project is Parsan Head Office and Administration Headquarters within the Parsan Industrial Campus. The project, designed by Iglo Architects, is still under construction and runs in the category of "Commercial Buildings of Future" in the final of Cityscape Awards for Architecture 2015.

The third Turkish finalist is the building of Turkish Contractors' Association in Ankara. Awarded as Turkey's representative green building, the structure was designed by Avcı Architects and the thermal labyrinth system that takes green building technologies one step further is being used in this project for the first time in Turkey.

Tabanoğlu Architecture is the last Turkish architectural firm to compete in the award program with its Qent İstinye project in the category of "Applied Residential Structures." With its low carbon emission and high energy efficiency, Qent İstinye both protects nature and saves energy.

All finalist projects are introduced to visitors in an exhibition that can be visited during the whole fair period.

The appendix says Turkey has become one of the most buoyant real estate markets in the world over the past decade and invites investors to the country in the upcoming period. It also informs about Turkish TV series Filinta which is the first series to feature a detective story in the Ottoman period and says Filinta's setting re-creates the 19th century Istanbul.
RELATED TOPICS