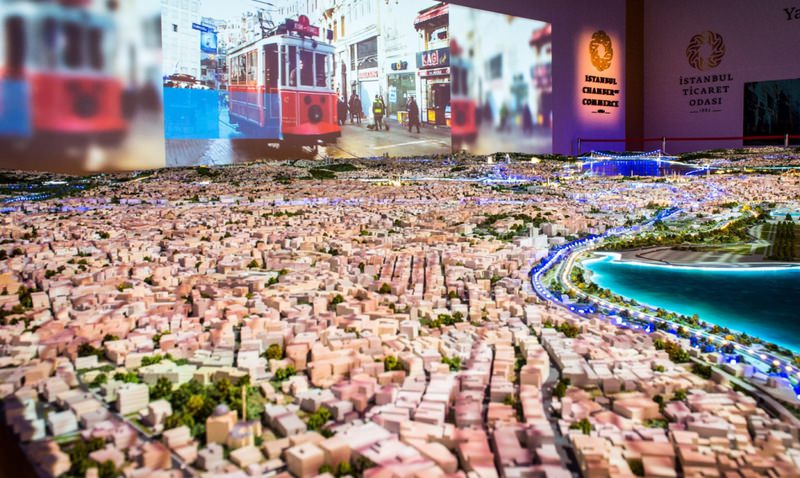 by Anadolu Agency
Nov 07, 2015 12:00 am
According to some real estate experts, Istanbul lacks enough places for new homes to be built and existing land has become very expensive. These rising land prices are now causing a slowdown in the home building sub-sector as landowners hold out for better deals. "All the land investors, including large- or small-scale companies, cannot easily find free space in Istanbul. Landowners are trying to sell their plots in return for high prices," said Ali Ağaoğlu, chairman of the Istanbul-based Ağaoğlu Construction Company. "Those who are looking for free space tend toward Istanbul's border districts, as they cannot find it in the center of the city," said Nazmi Durbakayim, president of the Istanbul Contractors' Association (INDER).

Among these prime sites are the Sancaktepe and Tuzla districts near the eastern border of the city's Asian side, and the Silivri and Çatalca districts on the city's European side. They are not close to the center of the city where business areas are concentrated, but they remain relatively free spaces on which to build new houses. Sedat Çavuşoğlu, a real estate agent in Beylikdüzü, another sought-after district on the European side, said: "There has been rapid development here. For example, some land, which cost TL 50,000 ($17,323) seven years ago, is now being sold for TL 1 million."

Land prices have directly affected housing prices in the city, which have increased 27.57 percent as of June 2015 year-on-year - above the country average of 18.96 percent - according to data from the Central Bank of the Republic of Turkey (CBRT). Despite the high prices, the need for new buildings has been increasing every day as the city grows. According to figures from the Turkish Statistical Institute (TurkStat), Istanbul's population was 12.5 million in 2007; this number increased to more than 14 million last year. Another reason behind the increasing demand is people's desire to live in new, modern buildings with better social facilities. "People want much more comfortable places with green areas, parking lots and social facilities. They got bored with the city's busy traffic, its chaos and noise," said Fatih Koca, chairman of the Istanbul-based Global Real Invest Company. However, the increase in land prices will disrupt the sale of land over the next five years, according to some real estate experts. "Landowners delay their sales in the hope that their lands could be sold for higher prices. This situation makes the already slow sales even slower," Durbakayim said.
Last Update: Nov 07, 2015 1:17 am