Turkish contractors to receive Saudi housing boom contracts worth $240B 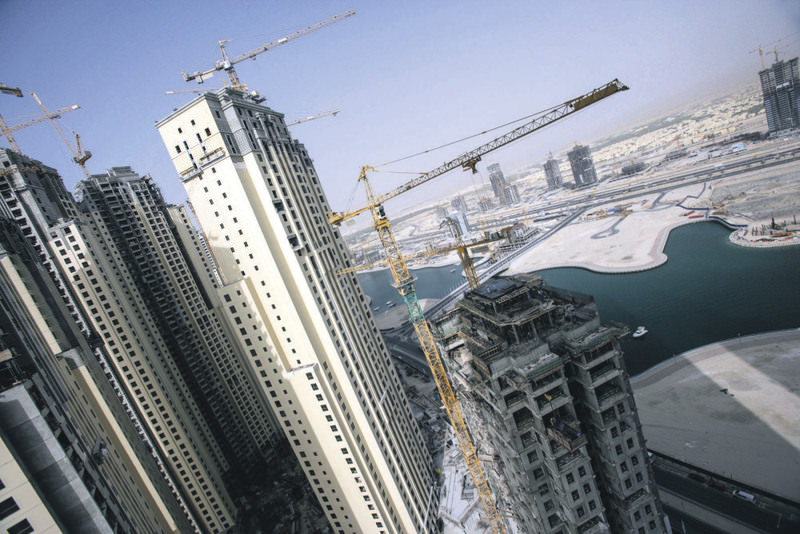 Details surrounding the offer by Saudi Arabia to construct 2 million residences are emerging, including the demand for the construction of 300 million square meters of housing which translates to a market boom of $240 billion for Turkish contractors

The Saudi Arabian Ministry of Real Estate has turned its attention to Turkey for its real estate demand. The authorities are targeting around 1.5 to 2 million council estates, and visited the Presidency of Social Housing Management (TOKİ) and Emlak Konut two months ago. Accordingly, Saudi Arabia's King Salman will provide grants to meet the requirement for council housing for Saudi Arabian citizens. According to the plan, around 400 riyals ($105) to 600 riyals will be granted to Saudi citizens and the payments will be deferred for 20 years.

Emlak Konut General Manager Murat Kurum said they once again held a meeting with the authorities from the ministry during President Recep Tayyip Erdoğan's visit to Saudi Arabia on Dec. 29. "Our first meeting was held about a year ago and they visited us around two months ago. Within the next five years, they are planning on constructing 1.5 to 2 million residences; therefore, they are searching for contractors from all around the world. We explained our system and business model to the authorities," Kurum said.

Speaking to Turkish daily Sabah, TOKİ President M. Ergün Turan said Saudi Arabia is in need of 2 million properties, and Turkish companies are ready to assume such construction projects. While new regulations are required for the system, Turan said the public sector also needs to be involved. If the system is implemented, Turkish contractors will enter the Saudi Arabian market, which will be a win-win for both sides, according to Turan. He stressed that since Turkey is ranked second in the global construction market in addition to the fact that TOKİ and Emlak Konut have built around 700,000 properties in 10 years, this initiative will be particularly advantageous for Saudi Arabia.
RELATED TOPICS