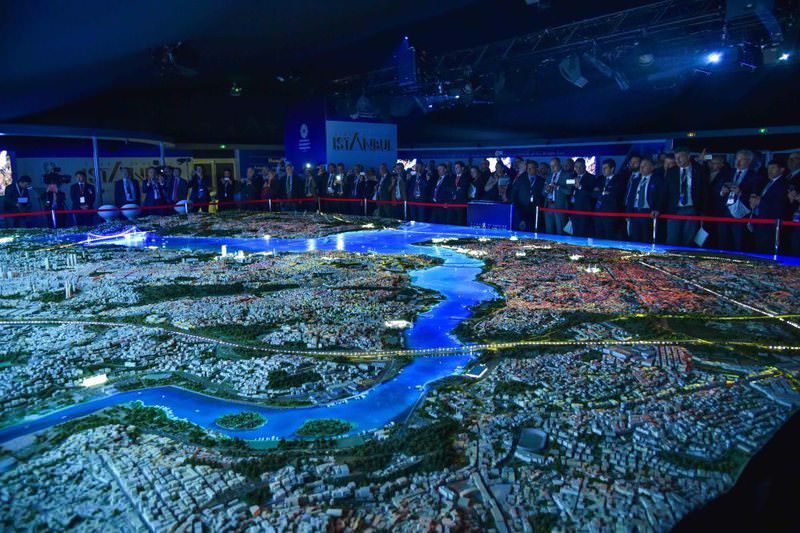 Istanbul Chamber of Commerce (ITO) Chairman İbrahim Çağlar said when the ongoing projects in Istanbul, including the third Istanbul airport, third Bosporus bridge, Eurasia Tunnel and Gulf Transition Bridge, which were the first of their kinds in the world, were completed, Turkey will have made significant advances in its engineering and construction capabilities. He added that this knowledge could be sold to any country in the world. "We can conduct many international projects with the engineering skills that we have gained especially over the past five years." Çağlar said.

One of the leading real estate and construction fairs, MIPIM 2016 opened in Cannes, France, yesterday. The opening ceremony took place at the Istanbul Real Estate Promotion Pavilion, which was launched with the support of ITO Emlak Konut GYO and located at the most prestigious area of the fair - between the tents of London and Paris. At the pavilion, 24 hours of Istanbul was displayed with sound and visual effects on a 96-square-meter-long model titled "The Live Mockup of Istanbul," along with the models of other giant projects such as the third Istanbul airport and Eurasia Tunnel.

Speaking at the opening ceremony, Çağlar opened his speech by condemning the terrorist attack that hit the capital, Ankara, on Sunday. Emphasizing that they would emboss the seal of the construction and real estate sector on the fair, Çağlar said: "We increased the dimensions of the Istanbul Real Estate Promotion Pavilion from 300 square meters to 685 square meters compared to the previous year. Our theme is 'Istanbul: Star of Housing.'"

Çağlar stressed the fact that Turkey experienced greater economic growth than most of the countries in the world, and Istanbul would be one of the world's top 10 biggest countries in the future. Highlighting Turkey's unique geographic location, he said what they needed to do was "raise an awareness regarding Istanbul's huge potential."

Indicating that Turkish contractors signed contracts for 117 projects worth $20 billion in 2015, Çağlar said a $57 trillion investment in global infrastructure was anticipated by 2030, and Europe's infrastructure need is worth nearly $2.2 trillion. Highlighting that among the biggest 225 contracting firms in the world, 43 Turkish firms are Turkish, Çağlar said: "We are ranked second following China. The only thing our construction firms need in order to write new success stories is to look after our labor force and take advantage of the accumulation of experience that has been gained from the completion of our mega projects."

Çağlar said the total cost of the Istanbul Real Estate Promotion Pavilion amounted to 1.2 million euros along with the installation and visual shows of the models, technical installments, rent and its interior decoration.