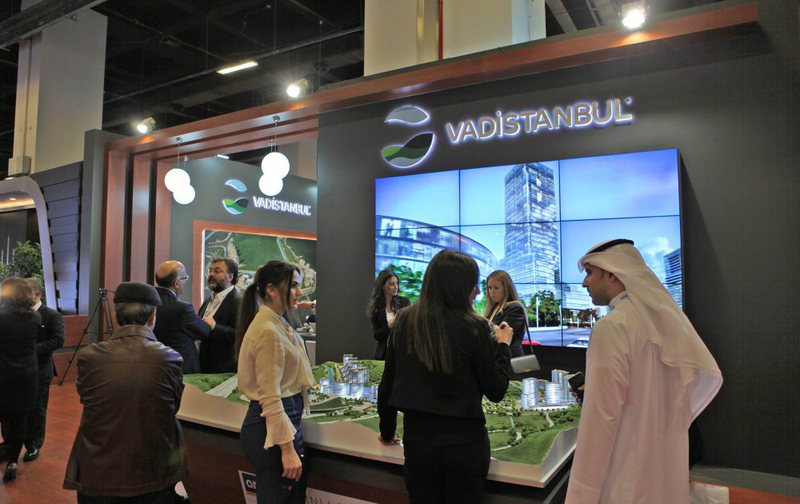 by Seda Tabak Mar 26, 2016 12:00 am
Turkey, one of the leading countries in the global real estate market, is hosting Cityscape, one of the biggest and most prestigious international fairs in the real estate sector. Organized for the first time in 2002 in Dubai and subsequently organized by seven countries in eight cities, 3,300 people, out of which 500 are foreign investors from 59 countries, have preregistered for Cityscape Turkey. The event, which began on March and will close on March 26, includes 67 firms and institutions from seven countries that setup stands at the fair. Moreover, approximately 10,000 visitors are expected to participate. Sector representatives stress the importance of hosting such events in order to promote Istanbul, showcase real estate projects on the spot and also take willing visitors to project construction sites.

Ağaoğlu Group CEO Ali Ağaoğlu said they invited 17,000 foreign investors to whom they have sold properties. "This fair will have good consequences for the Turkish market since the market is already here. We just need to draw customers here. Not only Cityscape but also MIPIM should take place in Turkey," Ağaoğlu said.

Sur Yapı CEO Altan Elmas said the number of visitors was high considering the recent terrorist attack, and added that this is proof that Turkey remains a safe harbor. Elmas stressed that they conducted sales meetings, and they displayed and presented projects that are suitable for foreigners. Furthermore, Sur Yapı hired a van to take willing customers to the construction site. Highlighting the interest of foreign investors in Bursa, he said they have sold 20 percent of their Brand project in the city to the foreigners.

According to Kuzu Group CEO Özen Kuzu, investors prefer either the coastline or locations close to airports when they are investing. Additionally, Digicom Real Estate Group Chairman Işık Gökkaya said they are planning to sell 70 percent of the yooIstanbul project by the end of the year, so they held one-on-one meetings at the fair.

Meanwhile at Cityscape, Global Menkul Kıymetler and Mazaya Qatar signed a cooperation agreement in order to establish mutual real estate investment funds that can be offered to local and international investors. These funds are expected to increase to $250 million within a short period of time, and they will focus on projects close to completion in Turkey as well as also revenue generating assets.

The three-block, 30,000-square-meter Metropol Istanbul, whose commercial blocks were sold during the fair, was praised by foreign investors. Varyap Vice Chairman Erdinç Varlıbaş said the commercial units that are selling for TL 13,000 ($4,524) per square meter received high demand at the fair, and sale agreements worth TL 35 million were signed with the Saudi Arabia-based Al-Maslak Group, which purchased two floors totaling 3,000 square meters, according to Varlıbaş.
RELATED TOPICS