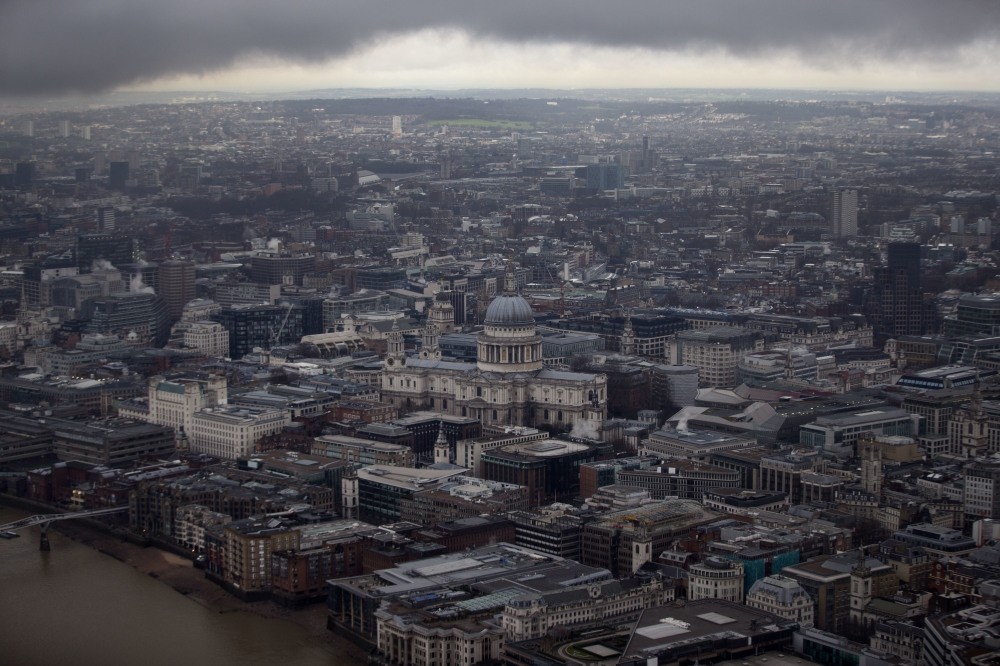 by reuters Aug 04, 2016 12:00 am
Britain's vote to quit the European Union helped push down house prices in London's most expensive areas at their fastest rate in nearly seven years, accelerating a downward trend caused by increases in property taxes, a consultancy said yesterday. Knight Frank's prime central London index fell 1.5 percent last month from a year earlier, due to the uncertainty created by the June 23 referendum and property tax rises which pushed up buyers' costs and brought sales forward to the start of 2016.

It is the latest sign of a possible slowdown in Britain after a closely watched survey on Wednesday showed Britain's economy is shrinking at its fastest rate since the financial crisis.

Commercial property took the biggest hit in the wake of the EU referendum with investors pulling out money from funds, forcing some to be suspended. But there have also been warnings in recent weeks from housebuilders and estate agents that residential property prices and demand could suffer.

"Since the vote, a number of buyers have requested discounts due to the climate of political and economic uncertainty," Knight Frank's Head of London Residential Research, Tom Bill, said. "The decision to leave the European Union has provided a backdrop of short-term uncertainty that is affecting behaviour in the prime central London property market," he said. But he said the primary reason for the decline was changes to stamp duty, a property tax, which raised the amount paid on the most expensive properties and on second homes and buy-to-let investments although Brexit added to the effect.

Prime central London stretches from Notting Hill and Knightsbridge, home to department store Harrods, in the west to the City of London and Islington towards the north and east.

In Knightsbridge, prices fell 7.3 percent last month, the biggest drop of any of the 15 areas examined whilst the biggest rises were in the City of London and Islington, where there is typically less foreign demand and properties are on average cheaper.

Property prices in the capital's most desirable areas began recording annual declines in the run-up to the vote, according to Knight Frank, but July's fall is the biggest since October 2009, when Britain began recovering from the 2007-8 financial crisis. House prices in prime central London are however still more than 50 percent higher than in late 2009.

International buyers are key to demand in central London and have snapped up everything from individual apartments to entire blocs and commercial properties, irking some locals who have been pushed further out in search of cheaper homes.

London remains popular with many foreign investors due to its location, legal system and relatively low taxation but Moody's warned on Wednesday that were they to hold off purchasing commercial property, prices could fall.

"If London were to lose its 'safe haven' status with foreign investors, it is likely that transaction volumes as well as property values would fall," the ratings agency said in a note.

Britain's construction industry suffered its sharpest downturn in seven years last month, according to a business survey published on Tuesday and the National Institute of Economic and Social Research said it saw a 50 percent chance of recession by the end of next year.

Britain's biggest housebuilder, Barratt Developments, which is building some high profile projects in London, said that it might slow the pace of construction to prepare itself for an expected slowdown in demand. But whilst Knight Frank's data shows an overall decline in prime London property prices, central and eastern areas saw prices rise, suggesting some buyers may be buying less expensive homes which are subject to lower levels of property tax.

The consultancy also said rental values last month fell 3.6 percent in London, a city where many young professionals cannot afford to buy their own homes due to high property prices. The number of prospective tenants fell 6.8 percent year-on-year in the three months to the end of June, impacted by the vote.
RELATED TOPICS