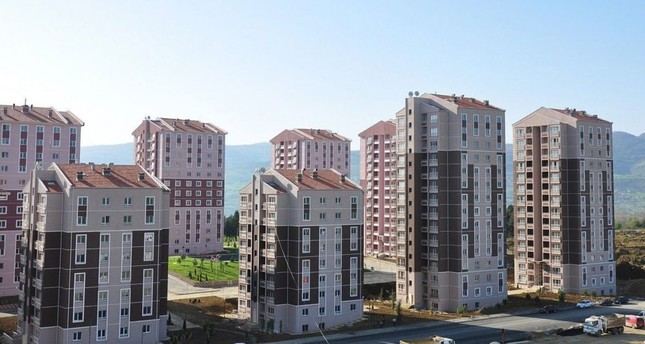 The banking sector is putting the Structural Savings Fund, which is present across the globe and comes from Germany and is aimed at low-income groups, under the microscope.

In line with the government's work to increase savings, the banking sector has set off on a quest for alternative models to house acquisitions. The Structural Saving Fund system is aimed at low-income groups

The Turkish banking sector has embarked on alternative models of house acquisitions as part the government's endeavors to increase savings. The banking sector is putting the Structural Savings Fund, which is present across the globe and comes from Germany and is aimed at low-income groups, under the microscope.

Studies on the Structural Savings Fund model are carried out by a workshop within the Banks Association of Turkey (TBB). The relevant ministries and the Banking Regulation and Supervision Agency (BDDK) are conducting other studies into the legal framework of the practice.

The model was addressed by some ministers during a closed-door meeting titled "New Turkey and the Strong Economic Development Model Workshop," which was held by the Opinion Table Thinking Platform in Istanbul last week. Reportedly, the model is also on the government's agenda.

'Designed as a supportive product'

Pınar Ersoy, Turkey's chief representative of the German DZ Bank, which is one of the largest mortgage companies in Germany, put forward a suggestion during the workshop. Sharing information about the functioning of the Structural Savings Fund, which is widespread in Germany and also practiced in other countries in the world, Ersoy said the fund company is built on a legal framework. The system allows anyone to access it and save money.

The system offers a lower deposit interest rate than market rates for individuals who save money to purchase a house. This interest rate is kept under market levels as credits are provided at affordable costs.

Pointing to the significance of state subsidies for the Structural Savings Fund system, Ersoy said other countries provide some 20 percent of subsidies. Stressing that the state must provide subsidies for the first several years to make the system attractive, Ersoy stated countries other than Germany provide financial aid. This way of supporting the system was also implemented in Germany in the initial years of the founding of the system. However, as the welfare level rose, this turned it into a tax advantage. Ersoy said, "As in Turkey's Individual Retirement Account (IRA), a monetary contribution will be more advantageous."

Underlining that the system is not a banking system, Ersoy continued by saying that an independent system that is subjected to separate laws must be established like in the IRA system. The stakeholder of structural funds might be a bank, however, their balance sheets must be different from those of the bank. A legal framework is needed in order to establish a structural savings fund company. This stipulation aims to protect the savings of low-income groups. This is because if the system is designed as a normal banking product, it is possible that banks might make losses. Therefore, a fund founded under the name of structural savings and relevant companies must operate within the framework of a special law.

A model suitable for Turkey

Banking authorities told Anadolu Agency that European-style and U.S.'s mortgage-based models are the most widespread house acquisition models in the world. The U.S.-style model requires some 20 to 25 percent equity capital and some 75 to 80 percent bank credit to purchase a house.

They said this offers a great leverage opportunity for banks and stimulates the construction sector along with many others. However, it leads to a subprime mortgage crisis when it is overdone.

Commenting on the European model, the banking authorities said the model helps individuals purchase a house by making some contributions to the deposits that they save in banks through certain incentives. They suggested that the model is suitable for Turkey as it ensures the flow of savings and deposits into banks and allows them to be saved in banks.

Share on Facebook Share on Twitter
Previous in Real Estate Britain's vote to leave the European Union will have a negative impact... Next in Real Estate Thanks to megaprojects such as the Yavuz Sultan Selim Bridge, the...
DAILY SABAH RECOMMENDS