Rise in dollar increased number of foreign investors in housing 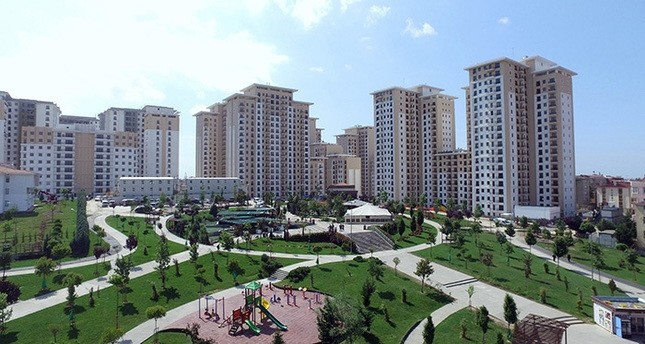 As the U.S. dollar gains value against the Turkish lira, different sectors have started to evaluate the effects of it. Real estate sector representatives expect foreign investors' interest to rise since the prices will not hike in the short term

Claiming that the increase in the dollar will not cause a change in housing prices, sector representatives said that foreign investors have taken advantage of the situation and for that reason housing sales to foreigners will experience a hike during this period. Sector representatives also noted that foreign investors are attracted to those fluctuations, stressing that this situation has been recently reflected in sales offices.

Highlighting that a profit realization will be inevitable with either the government's intervention to the increase in the foreign exchange or the activation of the invisible hand in free market conditions, Durbakayım said therefore, the housing investment funds will naturally return to the real estate sector.

Chairman Durbakayım underlined that house prices in Turkey are not foreign exchange indexed like they had been nine years ago and therefore it is impossible to mention an artificial price increase in housing.

Durbakayım stated that the price increase can only be mentioned in foreign exchange indexed sales on very luxurious and boutique projects, stressing the fact that they are limited in number. He also added that these project owners are taking precautions such as protecting potential customers by fixing foreign exchange rates at a certain level since they predict that the increase in the current artificial foreign exchange will be balanced.

Anatolian Side Building Contractors Association (AYİDER) President Melih Tavukçuoğlu has also said that they have assessed the increase in the dollar as an opportunity for foreign investors, and each real estate purchased by a foreign investor has increased in value.

Stressing that a higher flow of foreign exchange could be achieved in Turkey in terms of the construction sector, Tavukçuğlu said that consequently, the sector should focus on selling foreign housing in this period by causing an long-awaited increase in the sale of foreign homes and providing a significant flow of money to Turkey thanks to the foreign exchange inflow.

Makro İnşaat Chairman Ercan Uyan said the campaigns in the domestic market boosted the sector, but the prices have maintained a stable level for a long time due to the fluctuations in the market.

Noting that this situation was reflected upon the sales offices, Uyan said the foreigners have come to the offices in more crowded groups than ever.

Suggesting that this situation indicates that the dollar has reached its saturation point in terms of the foreigners who know the international monetary markets well, Uyan said the construction costs have gone up as well with the increase in dollar, emphasizing that since the foreign investors are aware of the current situation, they want to take advantage of the current prices before the market increases them.

Demir İnşaat Chairman Hamit Demir said they are not pleased with the increase in dollar, wishing the foreign exchange to go down to lower levels.

According to Demir, the situation has increased the foreign investors' appetite, and the house prices remain stable but the dollar is increasing in value. Recalling that foreigners got back to them over the past couple of days, Demir said they have made up to a 10 percent discount in dollars for the past couple of weeks, and this situation has provided an advantage for Turkey in terms of the foreign exchange inflow from the foreigners.

Stressing that they do not want foreign exchange to maintain higher levels since they want to sell houses, Demir said he hoped this situation does not continue but if it does, it will increase the number of foreign investors in housing by 15-20 percent.
Last Update: Nov 21, 2016 1:08 am
RELATED TOPICS