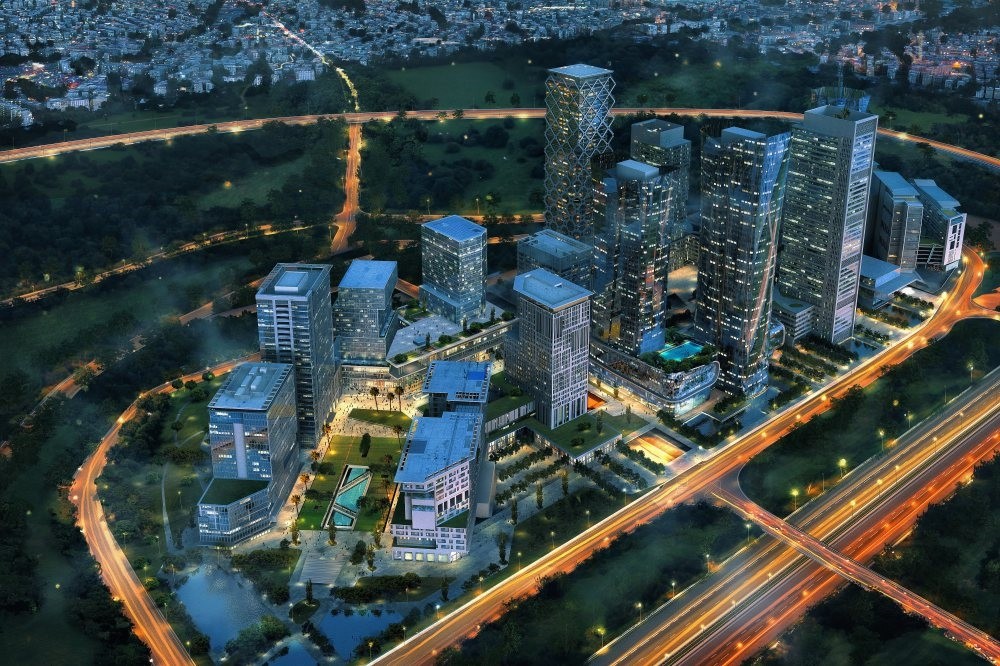 by Daily Sabah Feb 10, 2017 12:00 am
The Housing Development Administration (TOKİ) published a decision regarding the tender for the revenue sharing in return for the land sale for the service building of the Central Bank of the Republic of Turkey (CBRT), which will be built in the Istanbul International Finance Center in the Official Gazette.

Both domestic and foreign construction companies as well as the consortia they will build among themselves or with other financial institutions will be able to participate in the tender. The application for the tender is open until 11:30 a.m. on Feb. 28.

Meanwhile, the Istanbul International Finance Center Coordination Council convened for the second time yesterday and the meeting was presided over by Deputy Prime Minister Nurettin Canikli.

The written statement released by the deputy minister's office provided details about the meeting. According to the statement, the meeting discussed the recent work on the construction of the Istanbul International Finance Center, the general agenda of the institution, which will be located in the center, and the other proprietor. The master plan for the finance center was also proposed to the council. Moreover, protocol for the coordination of a construction site opened for signatures to all relevant parties.

Furthermore, the draft law on the Istanbul International Finance Center, which includes the incentive plan for the taxation, banking, capital market and other areas with the aim of turning Istanbul into an international finance center, was reviewed at the meeting. The coordination council also agreed to expedite work on the finance center.

Within the framework of the action plan for the finance center, tools for the market capital will be diversified and the use of securities in urban renewal and private sector projects will be mainstreamed. The Istanbul International Finance Center is estimated to make a 20-billion-euro contribution to the Turkish economy.

The foundation of the Capital Markets Board (SPK) and the Banking Regulation and Supervision Agency was laid out in October 2016. The center is expected to operate in 2019 with approximately 50,000 employees and 25,000 visitors.
RELATED TOPICS