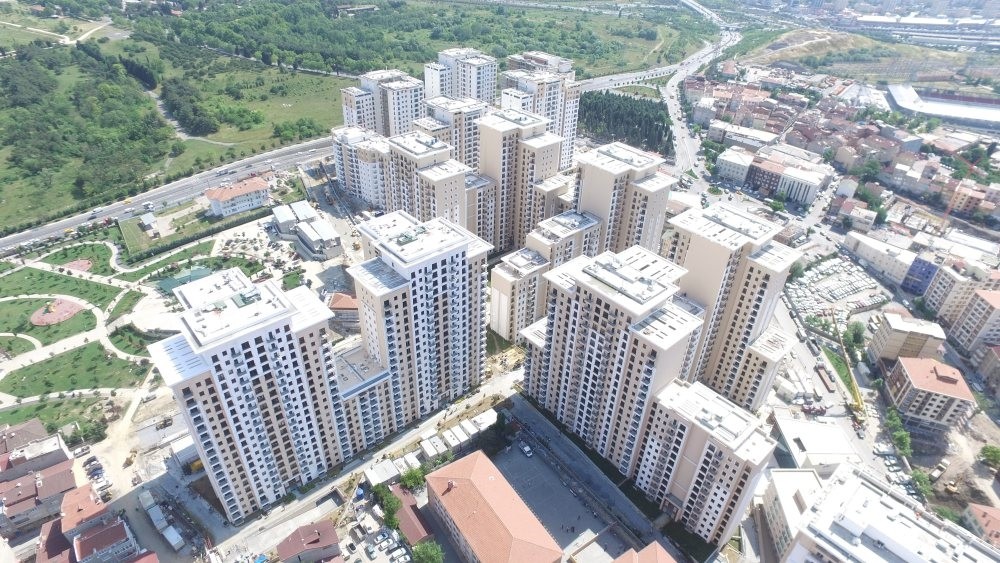 The recent omnibus bill enables foreigners and Turkish citizens residing abroad to buy VAT-free residences and workplace on the first purchase.
by Daily Sabah with AA
Feb 25, 2017 12:00 am

A recent omnibus bill approved by Parliament will give foreigners and Turkish citizens who reside abroad an opportunity to purchase a house or workplace without paying VAT. Sector representatives believe that the bill will boost sales significantly while giving momentum to the growth of the Turkish economy

An omnibus bill stipulating a value-added tax (VAT) exemption on house sales to foreign citizens and Turkish citizens residing abroad was approved by Parliament. According to the proposal, foreigners and Turkish citizens, who have been living abroad for more than six months, will not be required to pay VAT on their first office or housing purchases on the condition that the payment is made in foreign currency obtained abroad.

The first part of the "omnibus bill proposal," including a tax reduction to taxpayers, the establishment of a Guild Insurance Fund, VAT exemption on sales of residence and workplaces to foreigners and Turkish citizens living abroad, and the restructuring of Turkey's electricity distribution company TEDAŞ and agricultural credit receivables, was accepted by Parliament already.

With the new bill proposal, foreigners and Turkish citizens living abroad will be able to benefit from VAT exemption on housing and workplace purchases, but, will not be able to sell these properties for a year. If the house or the workplaces are sold in a year, the exempted tax will be collected.

Foreign citizens who have not settled in Turkey and institutions that do not have an office in Turkey or do not make profit in the country will not pay the VAT on their first workplace and residence purchases, on the condition that they pay the price in foreign currency sourced abroad.

Turkish citizens living abroad for six months with a work or residence permit will not pay VAT either. However, Turkish citizens who reside in foreign countries, working for institutions, establishments and organizations headquartered in Turkey, will not benefit from the tax exemption.

Those unfairly benefitting from the exemption will be held liable for the uncollected taxes, and will be subjected to tax penalty and default interest.

Speaking to the Anadolu Agency (AA) regarding the issue, chairman of the Istanbul Constructors Association (İNDER) Nazmi Durbakayım, said they were pleased with the putting into law of an issue they have been demanding for years now.

Stating that citizens living abroad face some difficulties in buying real estate in Turkey and that they cannot benefit from individual housing loans, Durbakayım said: "There is a tax return when you buy goods from abroad. It is a right move not to collect VAT, if the property was being bought from abroad. It will act as a boost for the sector. Though delayed, the decision will still benefit the sector."

Suggesting that it would serve as a great catalyst, Durbakayım said: "When you throw a small fish in the aquarium, the entire aquarium is stirred up. Even the passive fish take action. We need to look at it this way. An act here will set undecided purchasers abroad in motion. The movement in the market will cause the buyer to come forward, saying 'I don't want to miss this opportunity'."

Meanwhile, Chairman of Ağaoğlu Group Ali Ağaoğlu also thought the VAT exemption will bear positive results for foreigners as well as Turkish citizens living abroad, adding that real estate practices around the world were also moving in the same direction.

Pointing out these successive decisions as positives, Ağaoğlu said in Turkey real estate has not been marketed for foreigners, only for Turkish people, up until today.

Stressing the fact that foreigners, especially from the Middle East, Turkic Republics and the Asian region, were interested in buying properties in Turkey, Ağaoğlu said: "If we develop projects for them, we can bring $10 billion in resources to Turkey annually. The decision will be reflected in the market in a short time."

He said since foreigners want a guarantee, they prefer known brands when it comes to investing in real estate.

Ağaoğlu stated that Istanbul, Sapanca, Yalova and the Black Sea were in great demand since foreigners were interested in places with beautiful greenery and nature.

Kuzu Group Board Member Özen Kuzu underlined that the VAT exemption granted to Turkish citizens living abroad will contribute to the sector and the economy.

Noting that with the decision, investments by foreigners and expatriates living in Turkey will be supported, Kuzu said: "I think that Turkish citizens residing abroad but returning to Turkey in summer will begin their investments. It is also true that sales will increase when the VAT discounts cover all the other units as well as housing and workplaces."