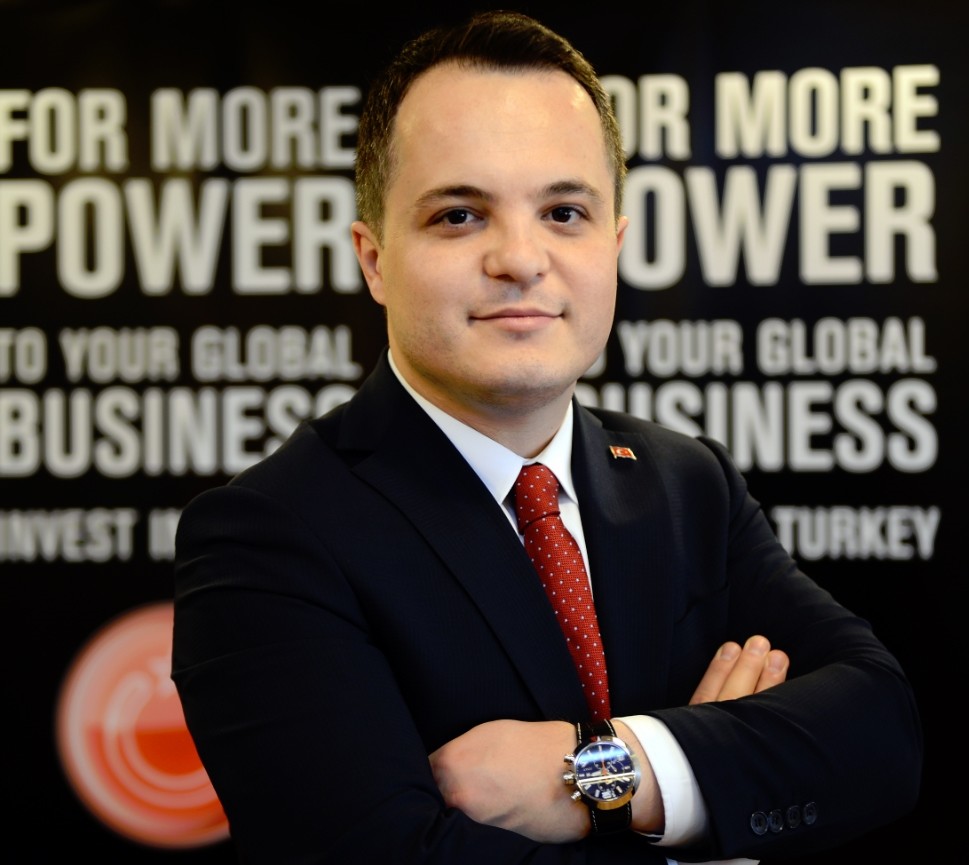 Turkish Prime Ministry Investment Support and Promotion Agency President Arda Ermut
by Daily Sabah Mar 14, 2017 12:00 am
International investors continue to find Turkey a center of attraction with its completion of mega projects in recent years and more on the agenda. Istanbul's Third Airport and Airport City, which is to be established around the airport alongside the Eurasia Tunnel, Istanbul's Third Bridge, the Marmaray, and the three-story Grand Istanbul Tunnel, which will connect Europe and Asia under the sea, are just some of those projects. At the same time, as Turkey undergoes a great urban transformation, districts such as Beyoğlu in Istanbul have entered into a great period of investment and gentrification, while many provinces, including Antalya, Balıkesir, Hatay, and Kocaeli, are benefiting from the revitalization.

In an exclusive interview with Daily Sabah before the Marche International Des Professionnels De L'Immobilier (MIPIM), Turkish Prime Ministry Investment Support and Promotion Agency of Turkey (ISPAT) President Arda Ermut talked about the active investments that would attract international investors to Turkey, and disclosed the developments related to the law on the provision of citizenship to investors — which was enacted recently — and how these factors make Turkey one of the most liberal countries in terms of the investment environment.As the only official organization to promote the

investment opportunities Turkey offers to the global business world and to support every stage of investment made in Turkey, ISPAT will attend the MIPIM 2017, in which the world's largest real estate investors and developers will participate. Turkey's foreign direct investment (FDI) hunter Arda Ermut will hold a series of meetings to explain the investment opportunities available in Turkey to international investors and lay the foundation for cooperation. ISPAT will ensure that the Turkish economy maintains its potential as it has done so over the last 15 years. Moreover, the agency will highlight the opportunities initially ensued from the law of reciprocity and continued with the recent citizenship law.

Having implemented active policies to develop the investment environment over the past decade, Ermut said Turkey is certainly a country of vast opportunities for foreign direct investments. He emphasized that Turkey has attracted an average of more than $12.5 billion worth of investments annually since 2003, and Turkey's lure will further increase with new and strong projects.

Ermut pointed out that the attendance of Turkish Minister of Environment and Urbanization Mehmet Özhaseki to the MIPIM demonstrated Turkey's commitment to explain decisively the investment opportunities to international investors during the MIPIM 2017. Ermut said Turkey would distinguish itself with its leading projects in the real estate field at the MIPIM 2017. The ISPAT president also pointed out the significant increase observed in the participation of cities in recent years.

Ermut noted that along with Istanbul , which has a 685-square-meter pavilion this year located between those of London and Paris, cities such as Antalya, Balıkesir, Hatay, and Kocaeli, all of which are determined to reach higher ranks in the eyes of global investors, will also be attending the MIPIM. Additional Turkish representation at the MIPIM will be from municipalities focused on district-wide development, such as the Beyoğlu Investors Group (BIG) as well as the consortium building Istanbul's Third Airport, which represents the development strength of Turkey.

Drawing attention to the fact that the FDI law, which was accepted in 2003, is the first of many steps taken towards making Turkey's investment potential more attractive to global investors, Ermut emphasized that this law provides equal treatment to all domestic or foreign investors and satisfies all expectations of international investors on the free transfer of dividends, property acquisition, protection against nationalization, and employment of foreign nationalities."Turkey has reduced the corporate tax for all companies from 33 percent to 20 percent. Major parameters, such as the acceptance of international arbitration and the harmonization of laws with EU legislation, have turned Turkey into one of the most liberal countries in the world in terms of both legal framework and the investment environment for foreign investors," the ISPAT president said, adding that these efforts enable Turkey to demonstrate its highly impressive economic performance.
Last Update: Mar 14, 2017 11:48 pm
RELATED TOPICS