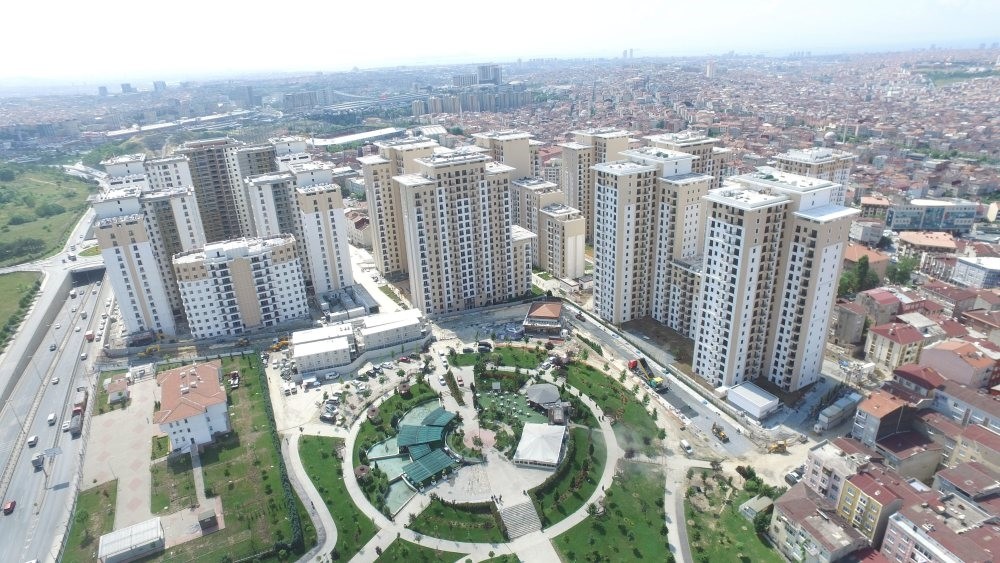 Growth is expected to continue in the construction sector that has come to the fore with its contribution to the overall growth rate of 5.1 percent for the Turkish economy in the second quarter of the year.

When activities that constitute the gross domestic product (GDP) are examined, the construction sector grew by 6.8 percent in terms of the chained volume value in the second quarter of 2017, compared to the same period last year.

Sector representatives indicated that government incentives, provided support, ongoing housing campaigns and the fact that housing loan interest rates continue to remain relatively low have all had an effect on this growth.

Chairman of the Turkish Construction Industrialists Employer's Union (İNTES) Celal Koloğlu stressed that the economy continued to grow in the second quarter thanks to the steps taken by the government, adding that the construction sector played an important role in the growth. He said: "The housing sector also continues to grow through the housing loan campaigns of banks, incentives provided by the government and ongoing regulations in value-added tax rates."

Koloğlu predicted that if the government maintains its structural reforms and investment-encouraging incentives, the growth trend in the construction sector will continue with the reflection of public infrastructure investments and private sector projects in the coming quarters, as well. He noted that the period of urban transformation will significantly boost dynamism and growth in the sector in the coming period, adding: "As long as the confidence environment in the real economy is established through incentives, the contribution of the construction sector to the overall economy will continue to rise."

Mithat Yenigün, head of the Turkish Contractors Association (TMB), stated that the economy has returned to its 5 percent growth path, adding that incentives and tax reductions introduced in this period, particularly the Credit Guarantee Fund (CGF), contributed to this positive picture.

Stressing that growth is supported by all sectors, Yenigün said the service sector and the industrial sector have contributed significantly to the growth as a result of the continuation of recovery in the tourism sector. He noted: "The agricultural sector showed great promise, with 4.7 percent growth. The construction sector, on the other hand, maintained its position as the leading sector."

According to the latest data for the most recent period and revised data from past periods announced by the Turkish Statistical Institute (TurkStat), construction sector growth stood at 5.4 percent in 2016. The sector grew by 6 percent and 6.8 percent in the first and second quarters of 2017, respectively.

Yenigün emphasized that removing the distinction between public and private sector investments in construction within growth data has made it impossible to make detailed comparisons on a periodic basis, adding: "However, investments have replaced public expenditures in growth in the second quarter of the year. Accordingly, construction investments, which increased by 2.6 percent in the same period of 2016, achieved the fastest surge since the first quarter of 2013 with an increase of 25 percent annually in the second quarter of 2017." Some economists argue that this indicates that loans provided under the CGF may have been predominantly directed toward the construction sector.

Pointing out that large-scale infrastructure projects also impacted the growth that the industry achieved in this period, Yenigün noted that all the major projects launched in recent years, such as the Osmangazi Bridge, the Yavuz Sultan Selim Bridge and its connection roads, the Eurasia Tunnel, the Istanbul Third Airport planned to open in the forthcoming period, the Çanakkale Bridge, as well as integrated healthcare facilities and hospital projects that are opening in some provinces, are being carried out via a public-private partnership model by TMB members.

According to Yenigün, it is predicted that public investments and the urban transformation process will continue to support growth acceleration in the construction sector in the upcoming period. On the other hand, market conditions are crucial for the course of infrastructure projects with high financing needs. The shrinkage expected to accelerate toward the end of the year in global liquidity conditions, increasing tendency in geopolitical risks, fluctuating foreign currency exchange rates and interest rate developments are increasing risk factors for construction investments. When investment opportunities and financing risks related to the sector are assessed together, it is expected that growth in the construction sector will continue to stay above general economic performance in the coming period.

Feyzullah Yetgin, chairman of the Association of Real Estate Investment Companies (GYODER), emphasized that measures such as the reduction of the value-added tax (VAT) and title deed fees and the granting of citizenship rights to foreigners investing $1 million in the housing sector have made a significant contribution to the sector and will continue to do so. "It is crucial for the sector to grow in a healthier way through permanent and sustainable regulations in the long run," he said.

Demir İnşaat Chairman Hamit Demir stated that housing has always stood out among the most important investment instruments in Turkey, noting: "Our sector, which continues to rise with the support of our government, maintains its position at the top of the investment instruments that make the greatest contribution to our economy. It increases its role in the economy with its mission of producing and providing employment in every period. When we look at the growth figures for the second quarter, the increase in the contribution of our industry to growth is a clear indication of this."

Explaining that the construction sector remains the leading sector in terms of growth, Demir said: "We believe that the construction sector, which started to rise with new regulations and incentives introduced by the government, will continue at the same pace through the rest of the year." Stressing that hectic days lie ahead for the players in the sector in the current period, Demir said that mobility in the sector will peak in the new period through new campaigns and projects being launched. According to Demir, this new period will witness new projects, as well as existing ones, and increase the added value that the construction sector provides to the economy. "Thus, both our sector and our economy will continue to grow. We can say that mobility in the new period will make more contributions to the third quarter growth figures to be announced in the next quarter," Demir concluded.