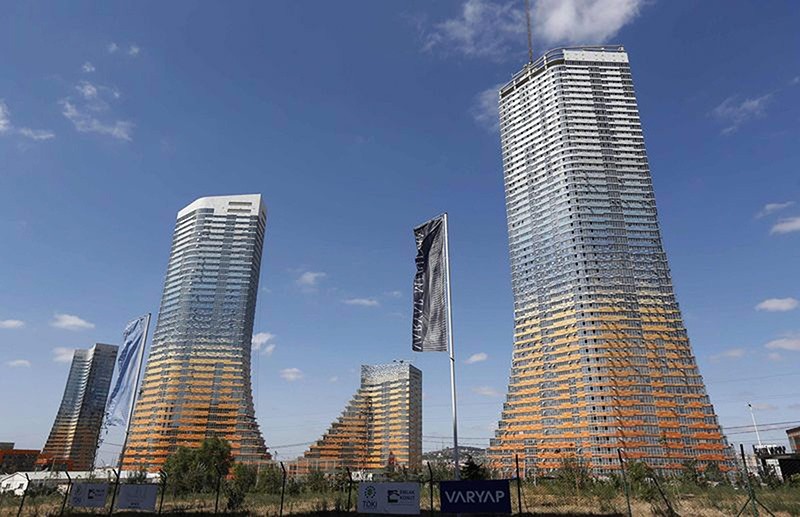 The interest of investors from the European Union is increasing in the Turkish real estate market as EU citizens make up 44 percent of the total 140,832 foreigners who have invested in Turkey by purchasing houses and land in a total worth of 18 billion Turkish Liras ($4.9 billion).

The General Directorate of Land Registry and Cadaster of Turkey has shared a report related to the amount of real estate properties purchased by foreigners in the country.

Since 2012, when an amendment removed the reciprocity condition in the sale of real estate properties to foreigners, the number of foreigners investing in real estate in Turkey increased.

The total number of foreigners who acquired real estate properties reached 140,832 in the republic's entire history, with 119,280 houses and offices, and 11,145 plots and lands sold to the foreigners.

According to the report, 12,989 Iraqis, 10,491 Russians, 7,159 Brits, 7,111 Kuwaitis and 6,342 Saudis were the leading nationalities in foreign investors after 2012. This was both due to Turkey's proximity to the Middle East and its status a safe haven in the region, and the reciprocity condition was preventing foreign investors' purchases who are from markets where the Turkish demand is low.

The demand of EU citizens for housing and business in Turkey are increasing day by day. Until now, 62,046 investors from EU countries have purchased real estate properties in Turkey.

The General Directorate of Land Registry and Cadaster of Turkey is planning to establish its representative offices all over the world, and aims to increase foreign investments in Turkey.