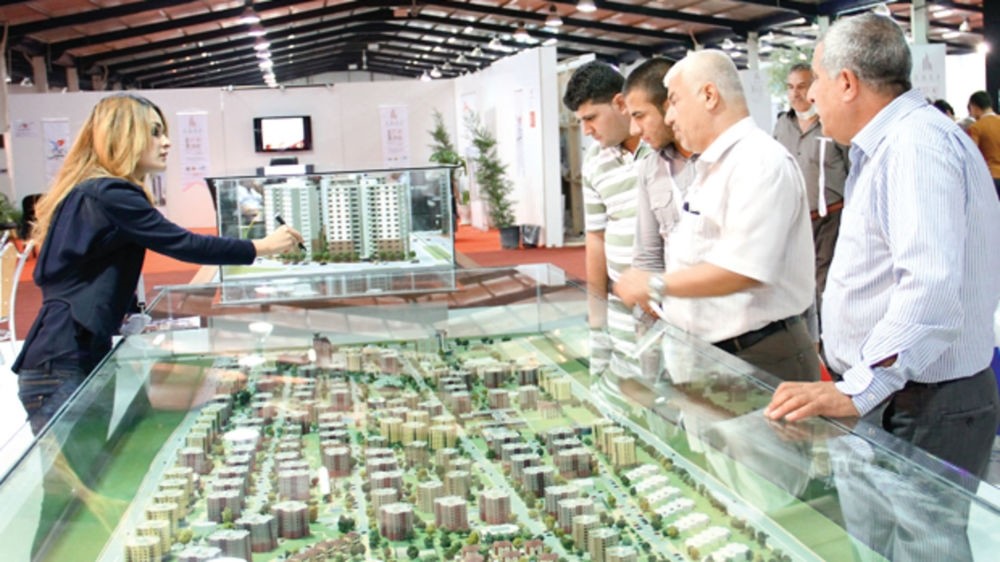 Turkish real estate sector representatives foresee housing sales to foreigners exceeding 20,000 by the end of the year.
by Daily Sabah with AA Oct 25, 2017 12:00 am

The 75.2 percent increase in the number of residential properties sold to foreigners in Sept. demonstrates the effecitveness of tax reductions and prove confidence in the Turkish real estate sector, sector representatives say

Of the total sales, 2,236 houses were sold to foreigners, with approximately 35.6 percent (or 797 units) of them in Istanbul, the country's largest city by population.

Official data showed that Iraqis topped the list of buyers in September with 383 properties. Saudi Arabians followed with 344 units, Kuwaitis 160, Russians 129 and British 103.

The large increase in residential properties sold to foreigners is cherished by sector representatives who reckon that the jump indicates confidence in the Turkish real estate sector. Sector representatives also stressed that government incentives such as value-added tax reductions for foreigners in accordance with the reciprocity law and granting citizenship have also stimulated foreigners to buy houses in Turkey.

İnanç Kabadayı, the chairman of Ege Yapı, said the number of residents bought by foreigners gives a positive picture. "The demand of domestic investors and residents in the local market and the keen interest of foreigners in the Turkish real estate sector continue their upward trend," Kabadayı said, and expressed his belief that this year will end with record numbers in housing sales.

With the September figures, the domestic real estate sector will reach its goal to sell houses to 20,000 foreigners and 1.5 million residential properties, as around 1 million residences have been sold in the first nine months of the year.

Commenting on the September figures, the head of the Istanbul Constructors' Association (INDER), Nazmi Durbakayım, said the upward trend in house sales had continued even in the more stagnant period of the year in summer, and jumped in September with the effects of housing campaigns.

"We can close the year with total sales of 1.5 million via the continuation of campaigns and the launching of new projects along with an expectation of a reduction in interest rates [on home loans]," Durbakayım said.

"The increase in house sales to foreigners show confidence in Turkey. It has increased and discounts in value-added tax for foreigners as well as granting citizenship to foreigners who buy real estate in Turkey worth a minimum $1 million had a positive effect on house sales," said Melih Tavukçuoğlu, the head of the Istanbul Anatolian Side Contractors' Association.

The chairman of the Association of Housing Developers and Investors, Ziya Altan Elmas, also said that property sales to foreigners had increased steadily.

"House sales to foreigners will continue in [last] three months of the year," Elmas added.

İhsan Yapı Chairman İhsan Çulhalık said the government's support for the real estate sector will sustain the growing interest from locals and foreigners.

The number of residential properties sold in Turkey also soared by 28.8 percent annually in September, the TurkStat data revealed.

A total of 140,298 houses changed hands in September, up by 16.7 percent compared to a month earlier.