Property sales to foreigners in Turkey maintain upward trend, up 23 percent in first half of year 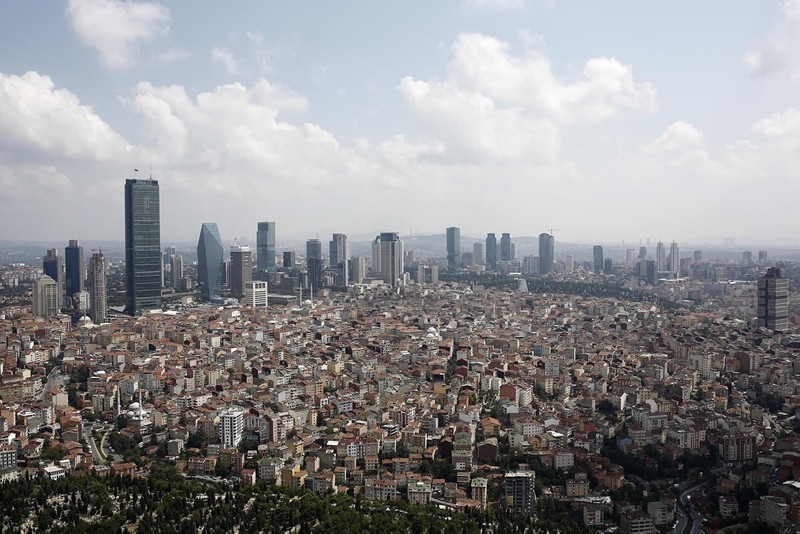 The interest of foreigners in Turkey's real estate sector has maintained its upward course, as the country saw property sales to foreigners increase by 23 percent in the January-June period this year compared to the same period last year, the national statistical body announced Thursday.

Foreigner citizens purchased 11,944 houses from January through June, according to the Turkish Statistical Institute (TurkStat). This figure was 9,378 and 9,595 in 2016 and 2017, respectively.

Istanbul – the country's largest city by population and one of its top tourist draws – enjoyed the lion's share of sales to foreigners, with 33 percent (3,990 units).

Istanbul was followed by the holiday resort city of Antalya with 2,883 properties, while the northwestern province of Bursa ranked third with 812 houses sold January through June this year.

Meanwhile, the overall number of residential properties sold in the country dropped 1.3 percent year-on-year to 646,032 in the first six months of this year, TurkStat reported.

Some 298,877 houses were sold for the first time from January through June while the rest were second-hand sales, TurkStat reported.

The number of new mortgages slipped in the first half of this year – down by 18 percent to 210,805 compared to the same period last year.

House sales with mortgages took a 31 percent share of all house sales in Turkey. Currently, the mortgage rate for 120 months is between 1.3 percent and 1.8 percent per month.

House sales up 22.4 percent in June

According to the TurkStat statement, Istanbul had the highest share of house sales in June at 17.2 percent and 20,547 houses sold. It was followed by Ankara with 12,078 house sales and Izmir with 6,888 house sales, while the share of the two cities stood at 10.1 and 5.8 percent, respectively.

House sales to foreigners increased 7 percent year-on-year, reaching 2,060 units in June. Istanbul again led the way: 746 houses sold to foreigners, followed by Antalya with 525, Bursa with 117, Ankara with 83 and Yalova with 74.

Iraqi citizens ranked first among nationalities with 315 houses bought in June, followed by Iran with 228, Russia with 169, Afghanistan with 139 and Saudi Arabia with 110 house sales.

Monthly mortgaged house sales reached 47,648, an annual increase of 35.3 percent in June. House sales with mortgage had a 39.9 percent share of all house sales, according to TurkStat.

The number of property sales rose 5.1 percent in 2017 compared to the previous year, according to TurkStat data.

Official data shows that property sales to foreigners rose 22.2 percent year on year in 2017 with Istanbul the number one province with 8,182 sales.

The Mediterranean resort city of Antalya was number two, with 4,707 sales to foreigners, followed by Bursa with 1,474 and Yalova with 1,079.