Property sales to foreigners skyrocket by 129.6 percent year-on-year in August 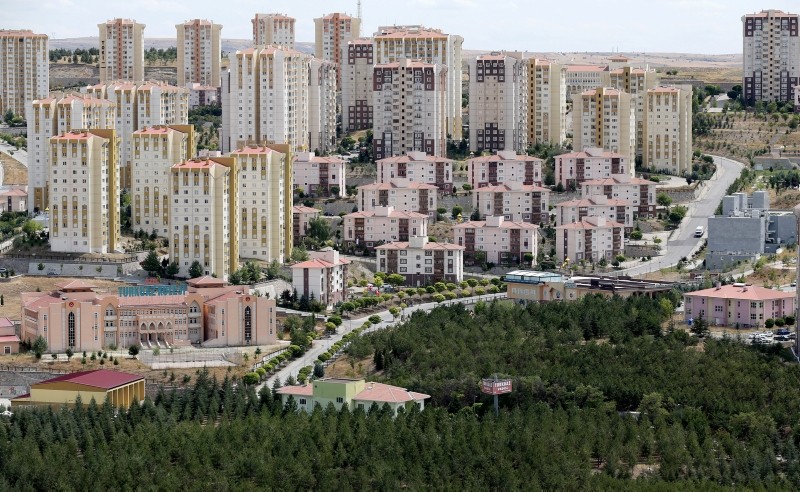 The number of housing sales to foreign citizens in Turkey has maintained its upward trend in August as the figure more than doubled, reaching 3,866, while it increased to 18,540 in the first eight months

Turkey has seen the number of property sales to foreigners more than double in August year-on-year, the national statistical body announced Wednesday.

House sales to foreigners skyrocketed by 129.6 percent to 3,866 in the said month, the data by the Turkish Statistical Institute (TurkStat) showed. The same figure stood at 1,684 in August last year.

Furthermore, the number of property sales to foreigners from January to August increased to 18,540, from 13,005 in the same period of 2017.

The largest city by population, Istanbul, led the way among provinces with 1,141 house sales in August, followed by the holiday resort city of Antalya with 675, the northwestern province of Bursa 307, the capital of Ankara with 305 and Yalova with 263.

Iraqi citizens topped the list in August when looking at country and nationality of buyers.

Iraqis bought 944 houses in Turkey in the said month, followed by Iran with 394, Saudi Arabia with 275, Kuwait with 271 and Russia with 192 house purchases.

Iraqi citizens also ranked first in the period from January to August with 3,515 houses bought. They were followed by Iran with 1,659, Saudi Arabia with 1,573 and Russians with 1,180 house purchases, the data showed.

Last year, foreigners purchased over 22,000 properties in Turkey. Iraqis were again at the top spot with 3,805 house purchases, followed by Saudi nationals who purchased 3,345 houses. Kuwaitis, Russians and Afghans bought 1,691, 1,331, and 1,078 houses, respectively.

Istanbul again had the largest share of property sales with 14.5 percent and 15,262 houses sold.

"Following Istanbul was Ankara with 9,291 house sales and Izmir with 5,064 house sales with the share of 8.8 percent and 4.8 percent, respectively," said TurkStat.

Moreover, mortgaged house sales throughout Turkey stood at 12,743 a decline of 67.1 percent compared to the same month in the previous year.

"House sales with mortgages had a 12.1 percent share of all house sales in Turkey," the institute said.

On the other hand, secondhand house sales in Turkey decreased by 12.4 percent in August year-on-year to 55,792.