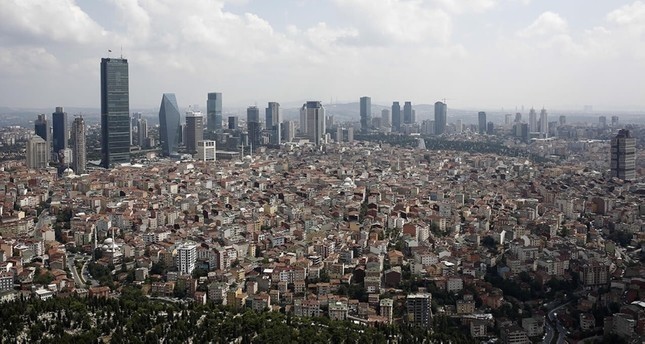 The number of purchases by foreigners in the first nine months of this year has already surpassed the 12-month figures last year.

During this period, foreigners mostly preferred properties in Istanbul, which led the way among other Turkish cities with 1,799 sales. It was followed by the Mediterranean resort city of Antalya with 1,038, Bursa with 424, capital Ankara with 386 and Yalova with 333 sales, according to the Turkish Statistical Institute (TurkStat).

Official figures showed that most of the house sales were made to Iraqi citizens, who bought a total of 1,351 properties last month.

"Iraqis were followed by Iranians with 538 house sales, Kuwait with 360, Saudi Arabia with 312 and Germany with 299 house sales," TurkStat said.

The figures also showed that foreigners acquired more than 24,000 residential properties in the country since the beginning of the year. In 2017, foreigners purchased over 22,000 properties in Turkey.

Overall, some 127,000 house sales were sold in Turkey in September – a decrease of 9.2 percent on a yearly basis, TurkStat said.

"The number of mortgaged house sales throughout Turkey hit 11,330, decreasing by 72 percent compared to the same month of the previous year. House sales with a mortgage had an 8.9 percent share of all house sales in Turkey," the statistical body noted.

Meanwhile, around 750,000 residential properties were sold from January to September this year.