Housing sales to foreigners in Turkey set record in 2018 with 78.4 percent increase 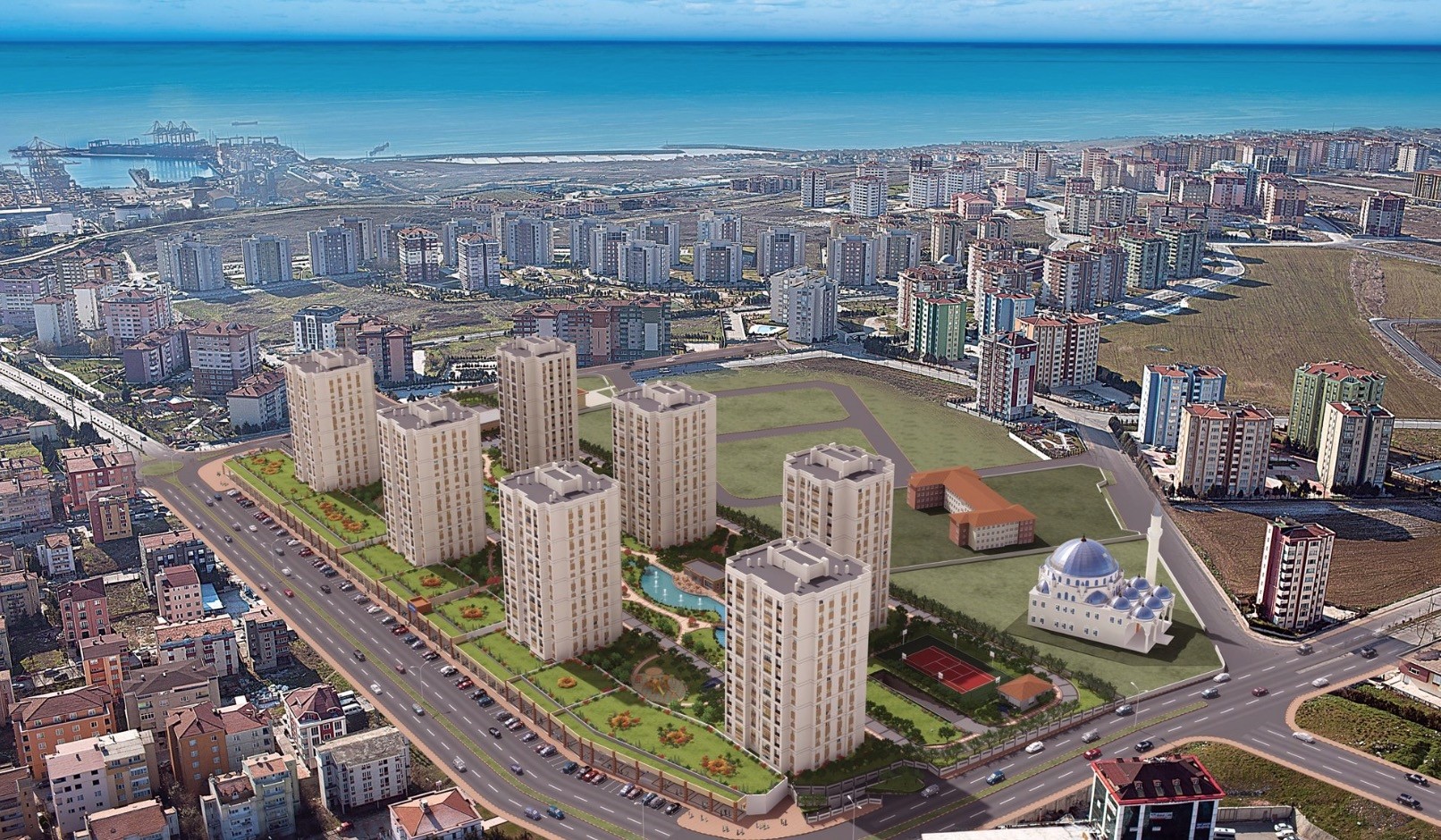 In the first quarter last year, 5,298 housing units were sold to foreigners, rising to 6,158 in the second quarter. Foreigners bought 12,339 and 15,508 in the third and fourth quarters, respectively.

Housing sales decreased by 2.4 percent in 2018 compared to the previous year, falling to 1.37 million units.

Istanbul was the top choice for foreigners as 14,270 properties were sold in Turkey's largest city last year, followed by Antalya where foreigners bought 7,938 housing units, then Bursa with 2,720 units, followed by Ankara and Yalova with 2,133 and 2,063, respectively.

Iraqis purchased the most properties last year: some 8,205 properties, 20.7 percent of total sales to foreigners. Iraqi citizens were followed by Iranians with 3,652 and Saudis with 2,718 houses. Russians came fourth with 2,297 housing units.

Nazmi Durbakayım, the head of the Istanbul Constructors' Association (İNDER), said property sales last year came close to the record 1.4 million units sold in 2017; however, momentum was lost in the last quarter due to the negative impact of deposit rates, which increased to the 25-30 percent band.

"Despite pressure from short-term increases in alternative investment instruments such as deposit interest and foreign exchange, the high level of house sales is promising for 2019," Durbakayım noted.

The first quarter of this year could be challenging, according to the İNDER chairman, who said deposit rates, which are still high ahead of local elections, may drop to reasonable levels in the second quarter.

Durbakayim forecast a profit realization in foreign exchange savings and that the short-term investment trend will again turn into long-term investments, such as real estate.

"We think that investors who know that the repressed housing prices of 2018 will make a big leap this year and be effective in this increase. At the end of 2019, we expect house sales figures to be around 1.5 million units and the number of houses sold to foreigners will exceed the 50,000 band," İNDER head Durbakayım noted.

Babacan Holding Chairman İbrahim Babacan said 2018 served as an exemplary period of alliance to keep the sector alive and provide a high added value to the economy, adding the sector increased sales by 2.9 percent in December, a promising development for 2019.

Babacan stressed purchasing activity, which was observed in foreign investors due to the new regulations, especially in the last quarter of 2018, created a significant domino effect on sales throughout the year.

Babacan said that they achieved a historic development in the sector by providing an increase of 78.4 percent in foreign residential sales, while this increase also manifested itself in Babacan Holding's projects currently on sale.

Babacan noted that many foreign investors wish to invest in Turkey but prefer to wait due to the harsh legal rules, saying they managed to attract these investors to the country with new regulations.

"The current table shows that we were rewarded for the steps taken by our government's support to keep the sector alive," he said. "We can say that the upward trend in this ratio will continue in 2019. We can look forward to the future on behalf of our sector that feeds over 200 different sectors."

Özyurtlar Holding Chairman Tamer Özyurt said that the interest of foreigners continues and that they have achieved the expected record in foreign residential sales.

Noting that the issue of foreign investors is important and that there is high demand, especially from the Gulf countries, Özyurt stressed that the citizenship regulation makes a serious contribution to both residential and commercial purchases.

Özyurt underlined that the regulation also encouraged foreign investors to buy commercial property in addition to residential sales, saying foreign exchange rates' disposition in favor of foreigners and Turkish citizens evaluating their savings in foreign currency was another reason for this record increase. "We will see its effects in a better and increasing manner over time. What's important is that foreign residential sales are regarded as exports and included in foreign exchange earning activities," he added.