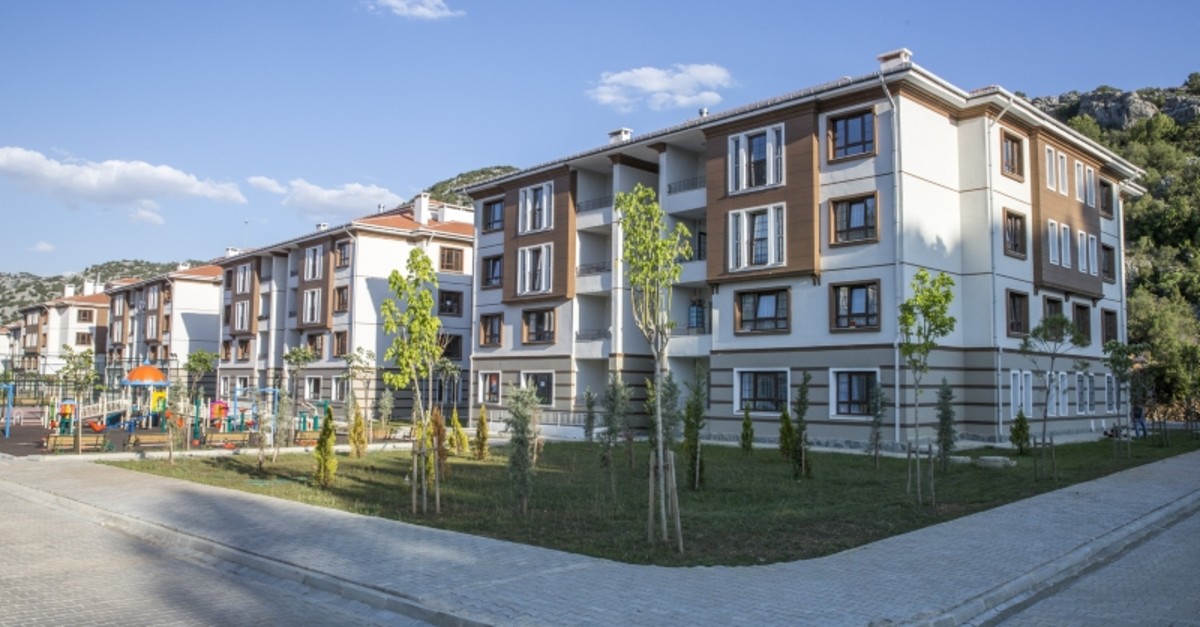 A total of 105,046 residential properties were sold in Turkey last month, the Turkish Statistical Institute (TurkStat) said on Wednesday.

Even though overall sales were down 5.3% in March, compared to the same period last year, sales to foreigners rose significantly.

"Istanbul had the highest share of overall house sales in March at 18.2% with 19,140 units sold," TurkStat said.

Melih Tavukçuoğlu, head of the Contractors' Association on Istanbul's Asian side, said the country will close 2019 with a slightly less number of sales compared to the last year.

Turkey recorded over 1.37 million house sales in 2018, down 2.4 percent from previous year.

"We foresee that the sector will recover by 2020," Tavukçuoğlu said.

Data showed that housing sales to foreigners jumped by 71.3 percent year-on-year to hit 3,129 units in March.

"Ever-increasing sales to foreigners shows that we will break a new sales record in 2019," he said.

Istanbul led the March list with 1,520 sales, followed by the Mediterranean holiday resort city of Antalya (626) and the capital Ankara (173).

Iraqis recorded the most houses purchase with 548 units. Iranians followed them with 334 units and Saudis with 189 units.

A total of 156 houses were sold to Russians and Afghans bought 150 units.

"Turkey offers a great advantage for foreigners with its both housing prices and historical and natural beauties." Tavukçuoğlu added.