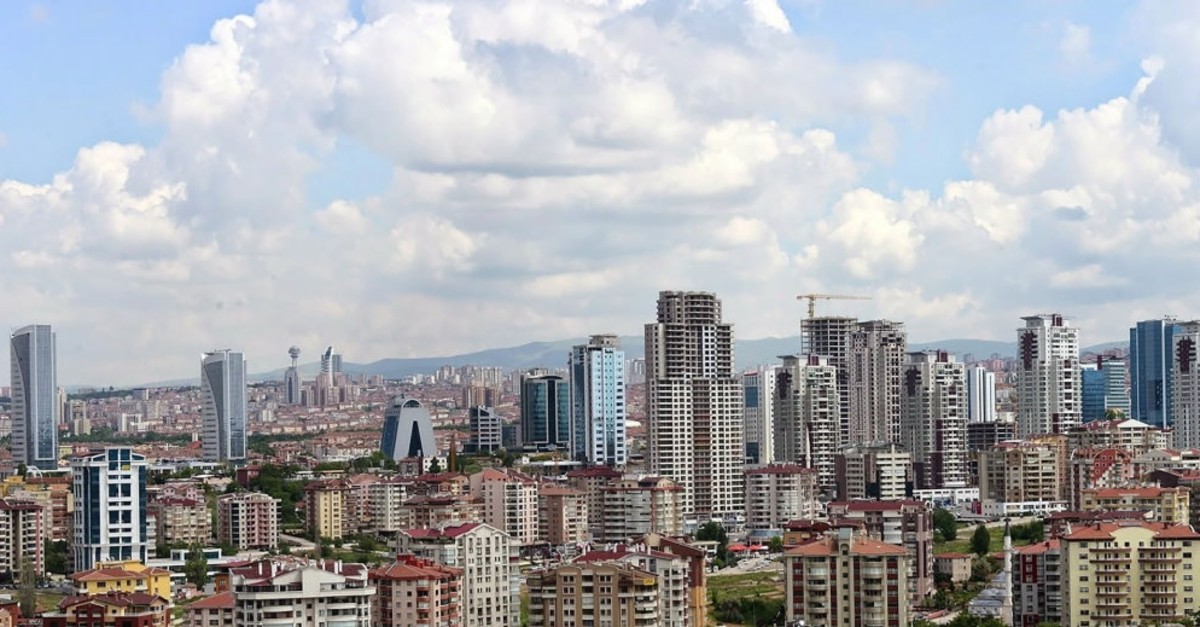 House sales to foreign investors have posted all-time high figures during each month of the year so far.
by Daily Sabah Aug 21, 2019 12:04 am

The housing market continues to enjoy a great deal of interest from foreigners so far this year, with Istanbul their favorite location and Iraqis as top buyers

Turkish developers continue to enjoy increasing demand from foreign buyers in the housing market. As a result, real estate sales to foreigners posted the highest-ever figures in the first seven months of the year. Foreigners became new owners of 24,144 houses in the January-July period, resulting in a rise of 64.5% year-on-year, according to Turkish Statistical Institute (TurkStat) data released Tuesday. They purchased some 14,674 units in the same period of 2018.

The rank among the provinces kept its order as the country's economic locomotive and the most populated city Istanbul continued to be the favorite location for foreign real estate buyers. They purchased some 10,806 units in the city in the first seven months of the year, of which 1,903 were acquired last month. The figure in July was up 99.1% from 956 units in the same month in 2018.

The Mediterranean resort city of Antalya followed Istanbul with 764 houses sold to foreign investors last month. In the same month, they purchased 294 units in the capital Ankara, 217 units in Bursa, 177 units in Yalova, 111 units in Sakarya and 109 in Trabzon.

The rank among nations also did not change over the course of the year so far. Iraqis maintained their position as top buyers, acquiring some 4,071 houses in the first seven months, followed by Iranians with 2,666 units, Russians with 1,479 units, Saudis with 1,312 units and Afghans with 1,150 units.

Foreigners who utilized the opportunities over the summer have further benefited from the legislative amendments that eased citizenship with investment limits for foreigners, said Istanbul Constructors' Association (İNDER) Chairman Nazmi Durbakayım.

Pointing to significant mobility in the area, Durbakayım noted that the distribution in the foreign sales show that citizenship-purpose sales were more dominant than the usual summer sales.

"In other words, foreigners who see that Turkey is a reliable and stable country continue their real estate purchases. Here we see the most purchases for the purpose of citizenship and investment. We believe the upward trend will continue throughout the year," he told Anadolu Agency (AA).

On the other hand, Atmaca Group Board Chairman Adem Atmaca noted the importance of the 46.7% increase in housing sales to foreigners in June, emphasizing that "this rise was able to eliminate the effects of the contraction in the domestic market to a certain extent."

Also evaluating the latest figures, Hafele Turkey Executive Board President Hilmi Uytun said four of every 100 houses were sold to foreigners in the first half of the year, noting that their share in the overall real estate sales has increased fourfold in the last six years.

Almost 4% of houses were sold to non-Turkish people in the first half of the year, according to TurkStat. Foreigners purchased 19,952 out of the total 505,796 houses that were sold in the first six months of the year.

On the other hand, citing data by the Central Bank of the Republic of Turkey (CBRT) and TurkSatat, a recent report by Nevita International, which was established by Fuzul Group for real estate sales to foreigners, said foreigners spent $150,000 per house on average in the first half of the year. When taken into consideration that 19,952 houses were sold in the said period, the revenue generated from the sales amounted to nearly $3 billion.

Babacan Holding CEO Mehmet Babacan, on the other hand, said mobility seen in the sales to foreigners over the last 10 months signals it will also continue in the period ahead.

Anatolian Side Building Contractors Association (AYİDER) Deputy Chairman Ahmet Erkurtoğlu noted that sales to foreigners were in a much better situation than the previous year, emphasizing European real estate investors in addition to major purchases by investors from the Middle East and Russia.

Some 39,663 properties were sold to foreign investors last year, the highest number ever. In 2017, foreigners bought 22,234 units. Overall last year, over 1.37 million property sales were recorded in Turkey, while around 650,000 of them were new builds.