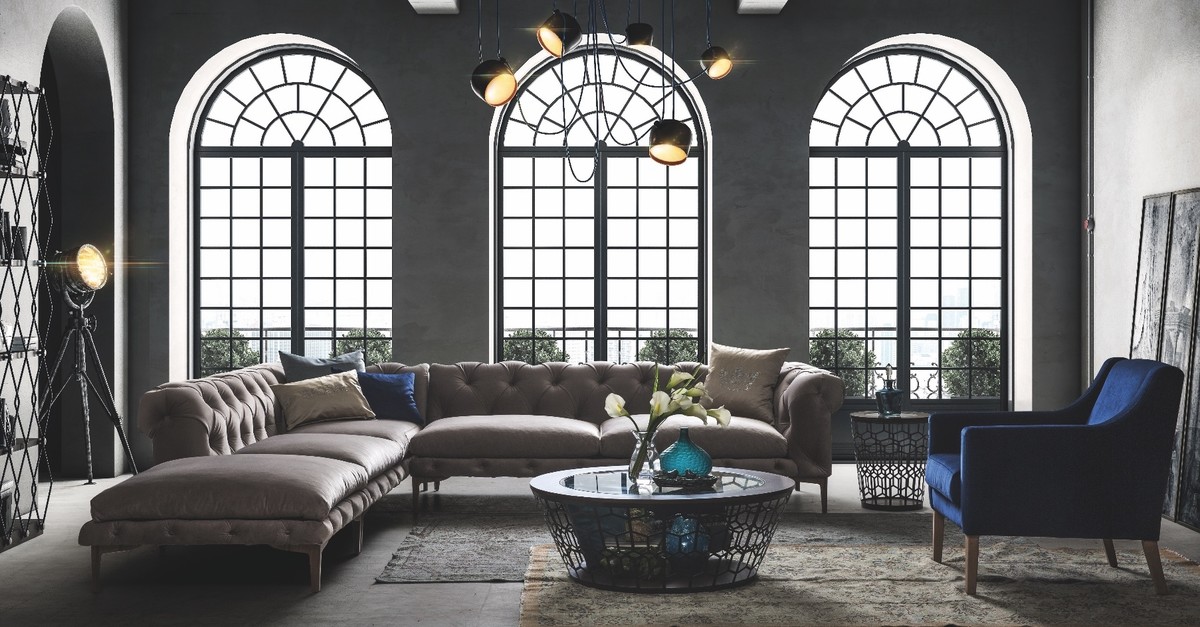 Sector representatives say home sales to foreigners pushed up furniture sales by as much as 20%.
by Daily Sabah with AA Sep 02, 2019 12:08 am

Turkey's furniture sector has been boosted by a surge in home sales to foreigners thanks to the country's program for getting citizenship through investment, according to sector observers.

Home purchases by foreigners have risen sharply since last year, when Turkey eased conditions under the program.

It has been reported that the number of foreigners who obtained Turkish citizenship through investment reached 1,000 as of July.

Turkish developers continue to enjoy increasing demand from foreign buyers in the housing market, and as a result, real estate sales to foreigners posted the highest-ever figures in the first seven months of the year.

Foreigners became new owners of 24,144 houses in the January-July period, an increase of 64.5% year-on-year, according to Turkish Statistical Institute (TurkStat) data.

This skyrocketing rise has led to mobility in the furniture industry; in particular, buyers from Middle Eastern countries such as Iraq and Saudi Arabia have taken great interest in furniture produced by Turkish manufacturers.

Iraqis maintained their position as top buyers in the housing market, acquiring some 4,071 houses in the first seven months, while Saudis acquired some 1,312 units.

Turkish TV series, one of the country's top cultural exports, enjoy popularity in countries across the world, including the Middle East.

According to Gürcan, the fact that Turkish TV series are in demand abroad has led to a rise in demand for products used in these TV series. Foreigners take interest in such furniture when they visit Turkey.

Turkish furniture exports generated $2 billion in the first half of 2019, and the target for the year's end is $3.7 billion, he said.

Turgay Terzi, the head of Istanbul-based furniture firm Art Design, said foreigners who acquired Turkish citizenship are behind around some 10% of all furniture sales in Turkey.

"The impact of TV series on furniture sales is huge. They want to see the furniture in popular TV series at their own homes," Terzi said.

Demand for Turkish furniture is particularly high in the Middle East, he said, adding that Turkish TV series have helped fuel these sales.

"Since they do not consider furniture as a product alone, but consider the house as a concept, they prefer to buy 'turnkey' furniture where everything is completely renovated, rather than buying one piece of furniture," he said.

As for Europeans, Terzi highlighted that Europeans, particularly those who have acquired property on the south coast, opt for more basic designs that respond to everyday needs.

Some 39,663 properties were sold to foreign investors last year, the highest number ever. In 2017, foreigners bought 22,234 units. Sector representatives expect sales to exceed 50,000 at the end of the year.